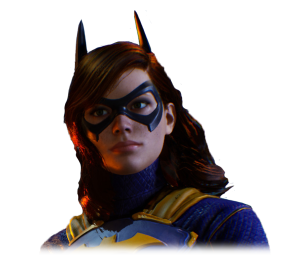 One of four playable characters in Gotham Knights, Batgirl’s strengths lie in her flexibility and her innate survivability.

This tree lets Batgirl deal significantly more damage to opponents, and improves her ability to Stun and interrupt foes.

This is the tree to use if you find yourself dying a lot — Grit skills add health and defensive bonuses, allow Batgirl to revive, and let her heal when defeating an enemy.

Batgirl’s Knighthood tree adds a number of quality-of-life improvements, like letting her use her grapple in combat and improving her out-of-combat health regeneration. It also buffs her drone’s damage, and improves Batgirl’s ranged and melee combos. Naturally, this tree comes with a Heroic Traversal, the ability to Glide using Batgirl’s cape.

Batgirl’s momentum abilities give her some much-needed area-of-effect damage, while also offering even more single-target DPS. Her Ultimate ability, the Drone, offers both healing and fire support — albeit only temporarily.