Circumcised or Not? Unexpected Customizable Body Parts of Cyberpunk 2077

Thanks to the detailed notes of Alanah Pearce, one of the few video game influencers who got a chance to experience the Cyberpunk 2077 demo, we know just how detailed the character creation will be in Cyberpunk 2077.

Here, we aren’t even talking about Life Paths, or the Attribute points distribution. I am sure many of you can join me in saying that character appearance is something we spend an embarrassingly long time on. It’s just part of the roleplaying experience, guys!

And CD Projekt Red has quite a treat for us in that regard.

Oh, by the way, you will have 5 types of teeth to choose from. Talk about detail!
You can expect that teeth will become quite a defining feature of my embodiment of V.

But here is where things get interesting.

You will also be able to pick from 3 types of nipples or having no nipples at all. Gone are the contemporary struggles of questioning the evolutionary purpose of nipples in males! Gone are the excruciating debates over “female-presenting” nipples!

In all seriousness, this is quite a surprising element to add into character creation. While we don’t have any footage to accompany the differences (quite unfortunate), it’s reasonable to expect that even the no-nipples look appears appropriately thematic, as opposed to confusedly horrifying. Maybe both?

In our post about the significance of non-binary gender customization and mature content, we talked about the ability to combine female and male genitalia with any combination of bodily shapes and features within the character creation. 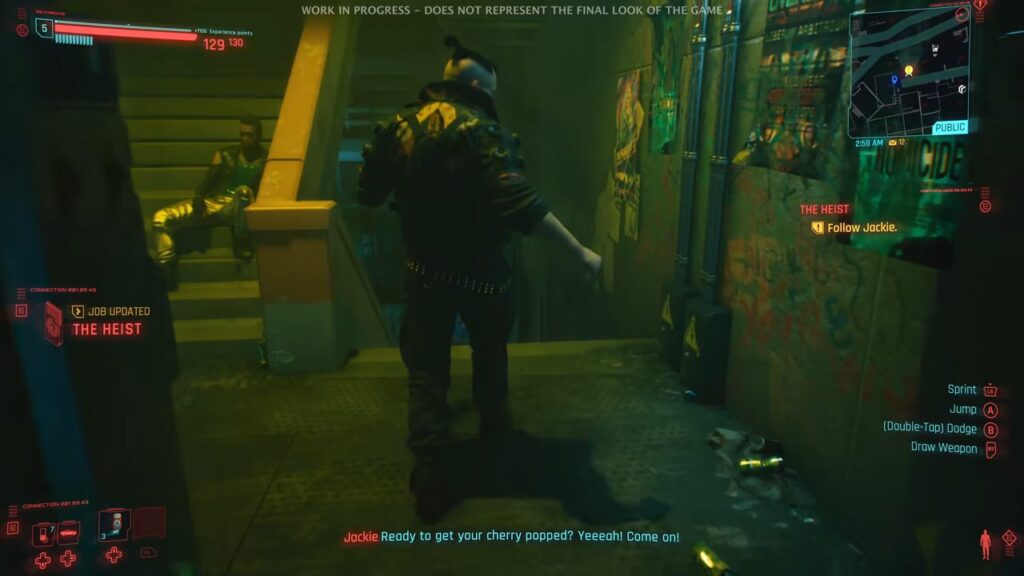 Let’s start by noting that your character’s penis can be circumcised or uncircumcised. It’s a peculiar, albeit welcoming addition that will certainly leave many players either delighted or awkwardly grossed out. Maybe both?

It is also interesting that only one type of female genitalia will be available to pick from, at least as it appeared in the demo version as of June. That’s entirely understandable, but it also raises an interesting question. If CD Projekt Red was to entertain their players a little bit more and offer more variety of genitalia, what else could they offer to pick from? (Hey, come on. If you could install enhanced Cybergenitals in the futuristic world, I am sure you would at least humor the thought.)

There is likewise a slider for both male genitals and breast size, and we know where those two will tend to be on average among players.

Why Is This Important…?

Well, the obvious answers of humorous entertainment and various degrees of sexual gratification aside, why should we care?

We can start with yourself — obviously, you opened this article. The title and the topic attracted your attention. Perhaps that was in slight disbelief, but could your choice have been governed by a more general curiosity as well?

Whether every bit of genital customization is intended to be a statement or not, it definitely is making one as a combined feature. In our initial post about customizable genitals we tackled the theme of mature content in Cyberpunk 2077. As it stands, the developers aren’t backing away from tackling explicit and controversial topics, and our visceral and fascinated reactions towards detailed genitals and the role they play in creating human identity is no exception.

Sex and nudity in Cyberpunk 2077 are here from the start. It can be as silly as sidequests that involve someone’s Cybergenitalia catching on fire. Or it can be much more meaningful. Lizzie’s is a brothel with a gang that continues to carry out a mission of protecting sex workers from harassment. You will see characters naked: some in sexual encounters, others on the brink of death. You will encounter sex as a Braindance commodity. You will start noting characters you can romance, you could have one-night stands. Not all of them will be positive experiences. But why customize the genitals…? 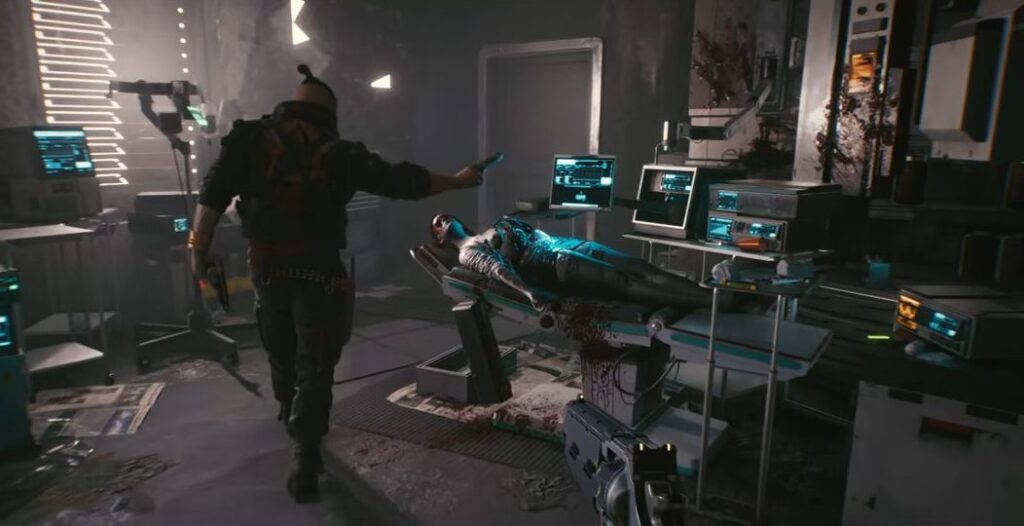 Most of the conversation sparked by Cyberpunk 2077‘s customization of naked human body involves humor, sure, but can you note moments when this sort of a reaction comes as a way of hiding genuine interest? How many people will laugh this feature off but spend several minutes carefully adjusting the penis size slider? Perhaps not with a sense of purpose or even due to some sexual desire, but simply because they can’t leave the option as default simply because it’s there.

The way we will discuss features like genitals on our characters in the game could uncover some tension in how we approach the topic in general and meanings we attach to it.

Why will it bother some people? Why will it excite others? Will social media and YouTube demonetize or take down screenshots or the footage? Will anyone react to that?

Will it affect how we perceive our character in the game? Will it make someone uncomfortable with playing a certain gender? Can it tell us something about how we perceive bodies of people in real life?

Sure, at the end of it all you might still think that people are taking all of this too seriously and laugh it off. It doesn’t have to mean anything to you and that’s perfectly fine. For others, the initial laugh could turn into a thought, maybe even an observation. That’s where where the options and sliders will gain their significance. After all, observations occasionally spark conversations.

”Why will it bother some people? Why will it excite others? Will social media and YouTube demonetize or take down screenshots or the footage? Will anyone react to that?
Will it affect how we perceive our character in the game? Will it make someone uncomfortable with playing a certain gender? Can it tell us something about how we perceive bodies of people in real life?”

It will be toggleable so cry babies (about natural human biology) can switch it off..