“Harvesting cyberware and organs is a nasty but profitable business, and Scavengers fill this niche by assaulting their victims on the streets. They are absolutely brutal, with zero regard for human life.” (The World of Cyberpunk 2077).

Scavengers figured out that they can make a lot of profit making use of human bodies, their unique spin being that they don’t care whether their “donors” are alive. They are fine getting their hands dirty, which helped them dominate the market for cyberware and organs. Of course, while they answer to the demand of some, they bring a great danger to many others. 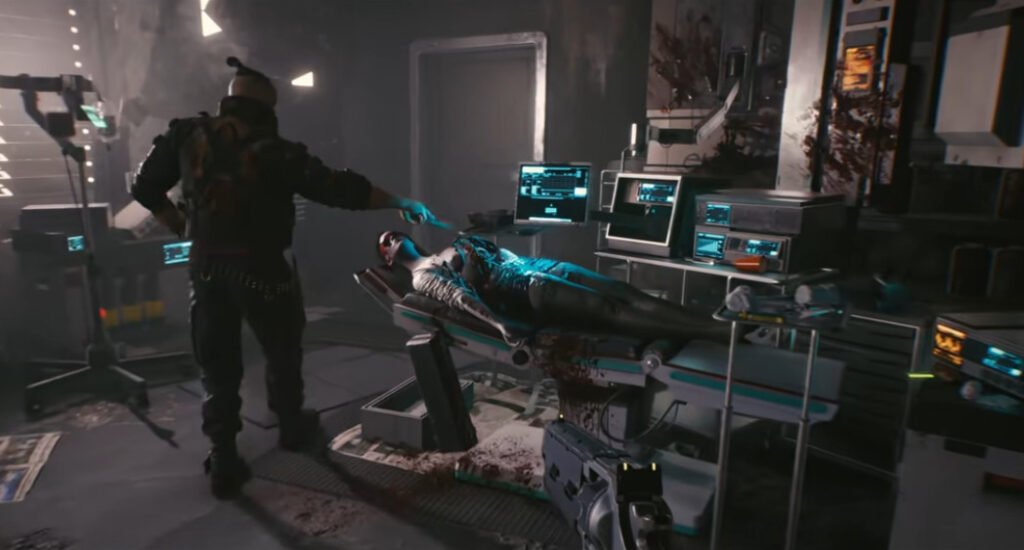 Who Are the Scavengers?

Widespread availability of cyberware in recent history has merged the worlds of humans and machines. The comforts, luxuries, efficiency, protection, and personal expression marking new human lifestyle is now inseparable with an endless variety of augmentations that keeps evolving to fill every available need. Of course, every valuable market has a share of its illegal activity, and given enough incentive these dealings can get pretty ugly. Some predators do not wait until the prey dies on their own.

Meet one of the most dangerous people in Night City’s ecosystem: Scavengers. Their murder count is so high for a reason — the gang’s members do not put much value onto human life. Ruthless, brutal, and immoral, Scavs are never afraid to get their hands dirty. Their profitable business drives them to find their unlucky “donors” directly on the streets, preying on a common citizen or a ganger alike. Their victims are assaulted, abducted, mutilated, and dismembered inside dark hideouts. The valuable organs and cyberware are then sold on black markets and the gruesome leftover carcasses are either burned or dumped to be dealt with by rats in the city’s sewers. 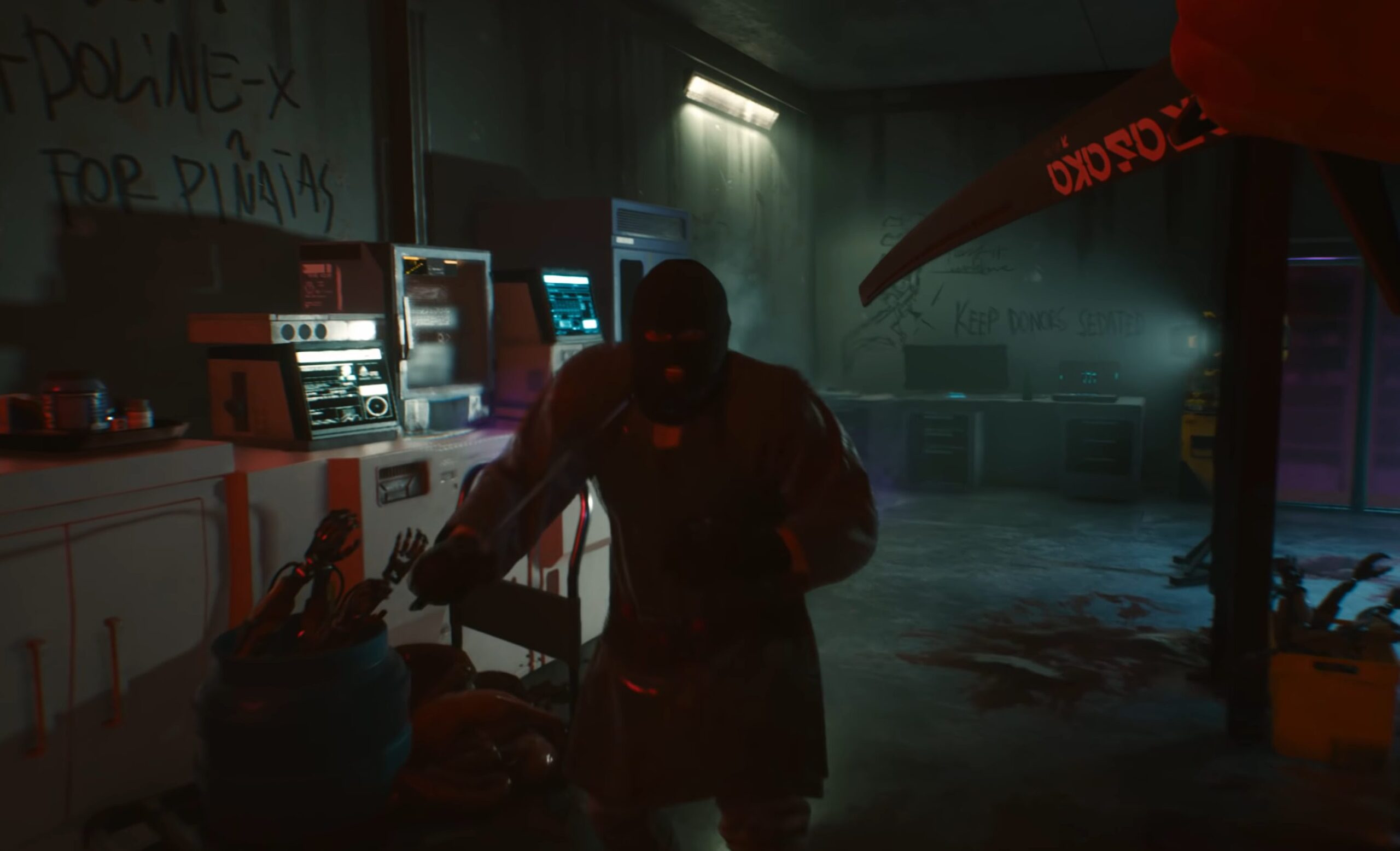 Scavengers do have some recurring customers who are happy to have someone else perform the rather questionable and messy job. Sometimes this might involve an abduction, a heist, or a hitjob contract. Among their customers are also other gangs, small-time criminals, and shady ripperdocs who create a solid demand for low-end illegal cyberware. And, however simple their methods and however loose their organizational structure might be, Scavs did manage to achieve a strong monopoly in the body parts aftermarket. Aside from that fact and how much profit it makes them, Scavengers really don’t care about anything else.

The gang’s scattered and unregulated structure is why there is not much known about them. They are present in nearly every part of the city in varying numbers, selecting most cunning and savage ones among them to be local leaders and marking their territory with tags and graffiti. The member presence is a bit more dense in Northern parts of Pacifica and the South of Wellsprings, but their numbers are still hard to estimate.

Still, even those who feel like they can defend themselves should not take the gang lightly. Scavengers know to utilize their sinister reputation should anyone cross their path or meddle with their business — they will go out of their way to make a grisly example of such individuals.

You will likely hear Scavs mentioned by those familiar with the business that happens in the after-hours. Their job gets little respect from the public, but the danger their shady operations cause is ever-present. As a part of the Breaking Through questline (first one after the Lifepath quests), V, Jackie, and T-Bug are hired to find and retrieve Sandra Dorsett who went missing, her tracking implant no longer functional. As they enter the Scavenger hideout they have to deal with enemies who are not quick to take a bullet, obscuring themselves behind obstacles and rubble.

V and Jackie pass several mutilated corpses laid crudely on operating tables or propped on stands before they find their target inside an ice tub in the bathroom, another body carelessly left on top of her. Sandra is in a critical condition, but V manages to request a quick air pick-up from the Trauma Team due to her Platinum insurance membership, keeping Sandra alive with an airhypo injection.

While the medics are aggressive in their attitude towards V after s/he drags Sandra’s wet body out to the balcony, the trio are satisfied with their timely rescue and the money they earned from the contract.

Please keep in mind that this quest was showcased during the 2018 48-Minute Walkthrough Demo, subject to significant change. 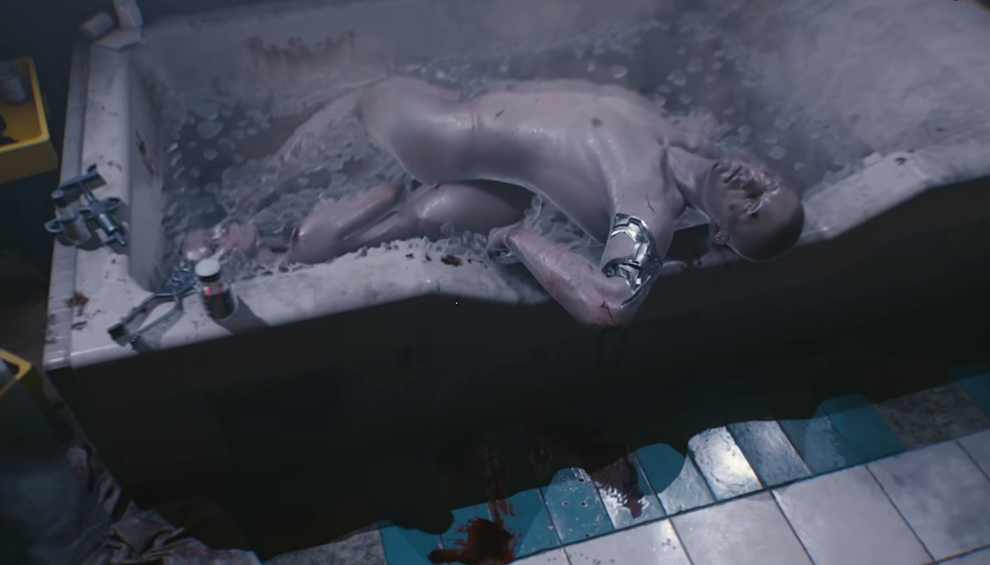