When it comes to character creation in Cyberpunk 2077, even a cosmetic detail could carry some significance in the main story. So, don’t rush in thinking that the choice of a Lifepath for your character is minor or merely atmospheric. Your character’s past will define your gaming experience: where you start, who you know, who knows you, and many, many Lifepath-unique choices for every major quest you will encounter.

The Cyberpunk 2077 lifepaths are:

Yes, indeed, your Lifepath will determine your starting quest, people’s reactions to you, your dialog choices throughout the game, and even how some of your friendships and romantic relationships will develop. This choice will mark your starting location and your path towards the main questline, your initial faction alliance, and will offer you some extra opportunities within quests and important story junctures. You will even be set for completing the main story in a certain way (although you can switch your alliances at any moment).

Want to know what you are in for? We will guide you through the available options and how they will affect your Cyberpunk 2077 experience. 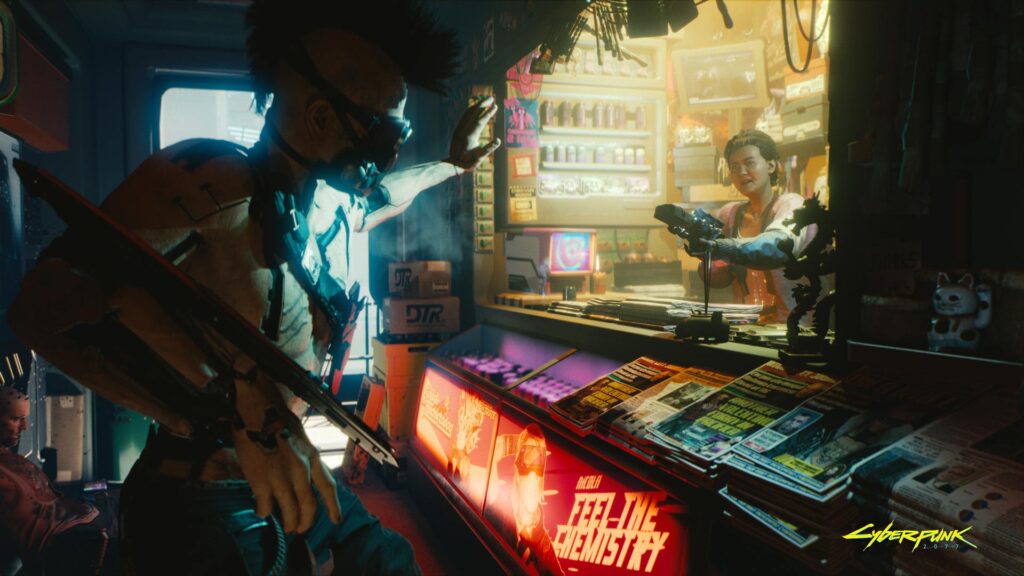 “Roaming the Badlands, looting scrapyards, raiding fuel depots – life on the road wasn’t easy. But growing up in a nomad clan has its perks. Honesty, integrity, and a love of freedom – qualities that few in Night City possess, and no amount of money can buy.” 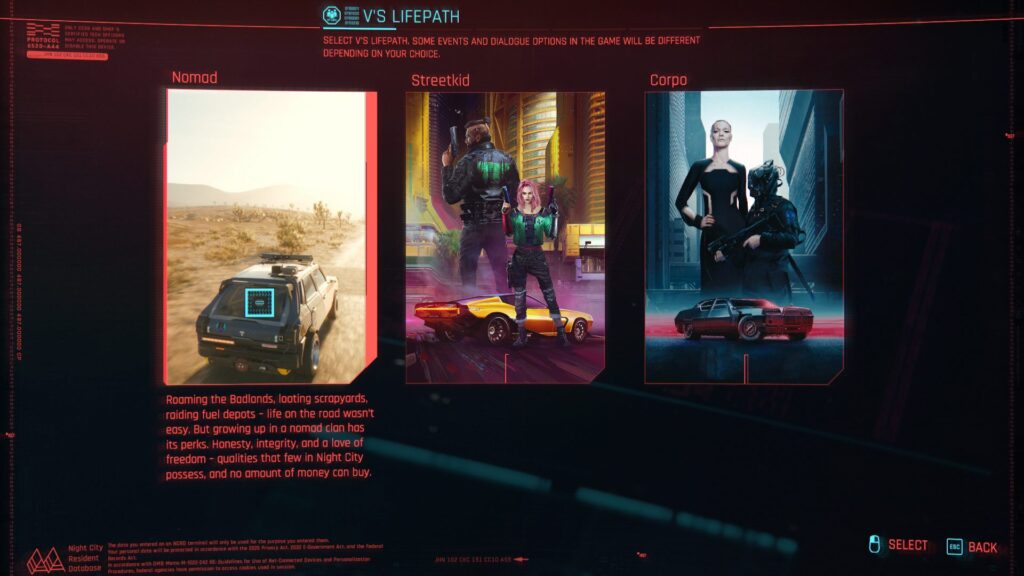 Nomad V comes from outside the Night City walls – the Badlands. There are no speed limits in the wastelands; Survival and values here are dictated by the tight bonds formed within local “tribes” whose members freely choose to become a part of such a family. Freedom has always been an important part of life in Badlands. Nomad V grew up with one of the local tribes, but something has changed. Perhaps it’s time to find a new beginning inside the walls of chaotic Night City after all. 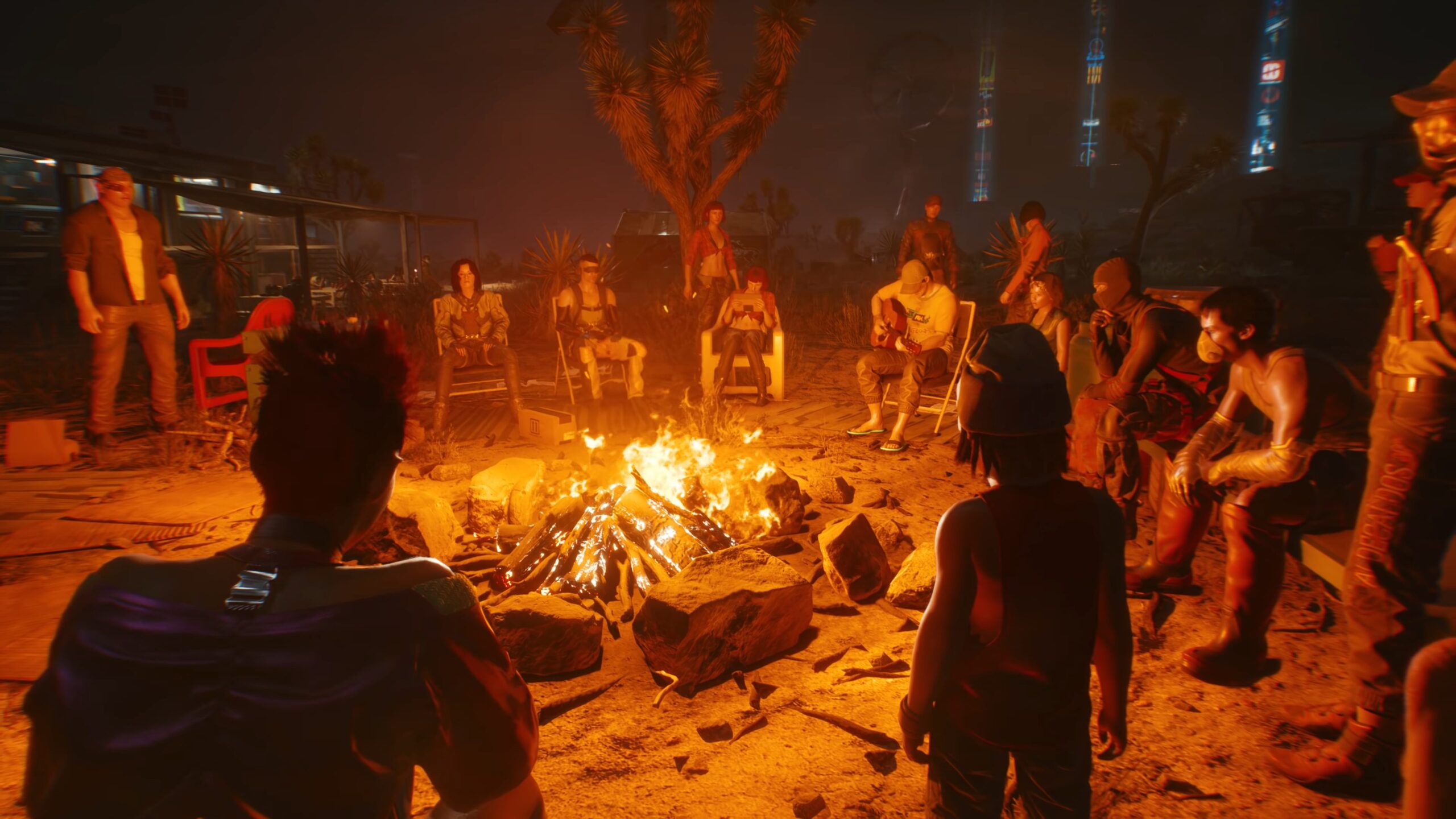 Nomad V will enter the game with unique experiences and knowledge of gangs, cars, and equipment. After all, Nomad V comes from a place that has both a distant and overwhelmingly prominent relationship with the Night City security wing. You are intimately familiar with ways of working around the city’s demands and bypassing its influence. Of course, whether to maintain the old affiliations and values will be up to you.

As a Nomad you will start in Badlands District with a unique quest The Nomad.

“They say if you wanna understand the streets, you gotta live ’em. Gongs, fixers, dolls, small-time pushers – you were raised by them all. Down here the law of the jungle dictates the weak serve the strong – the only law in Night City you have yet to break.” 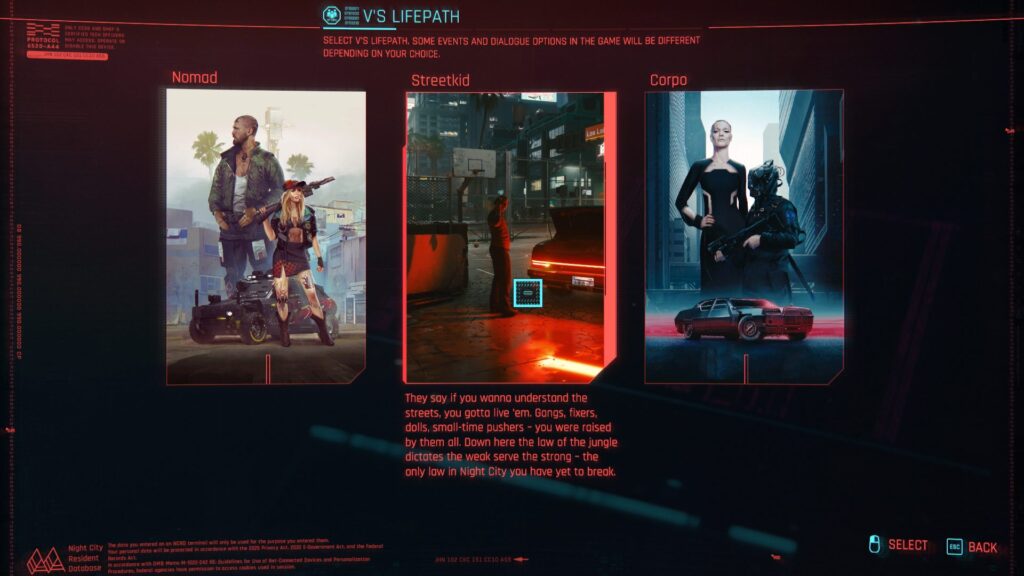 As a Street Kid, V grew up in Heywood learning to survive on the streets and depend on some people as if they are a family. Some people might know you, who knows where from. Gangs, fixers, mysterious strangers… it also makes sense if it’s police — majority of your life was spent avoiding their prying gazes, not always successfully. But, again, that was your relationship with all Night City corpos and their people. Just avoid them. Until you no longer can. 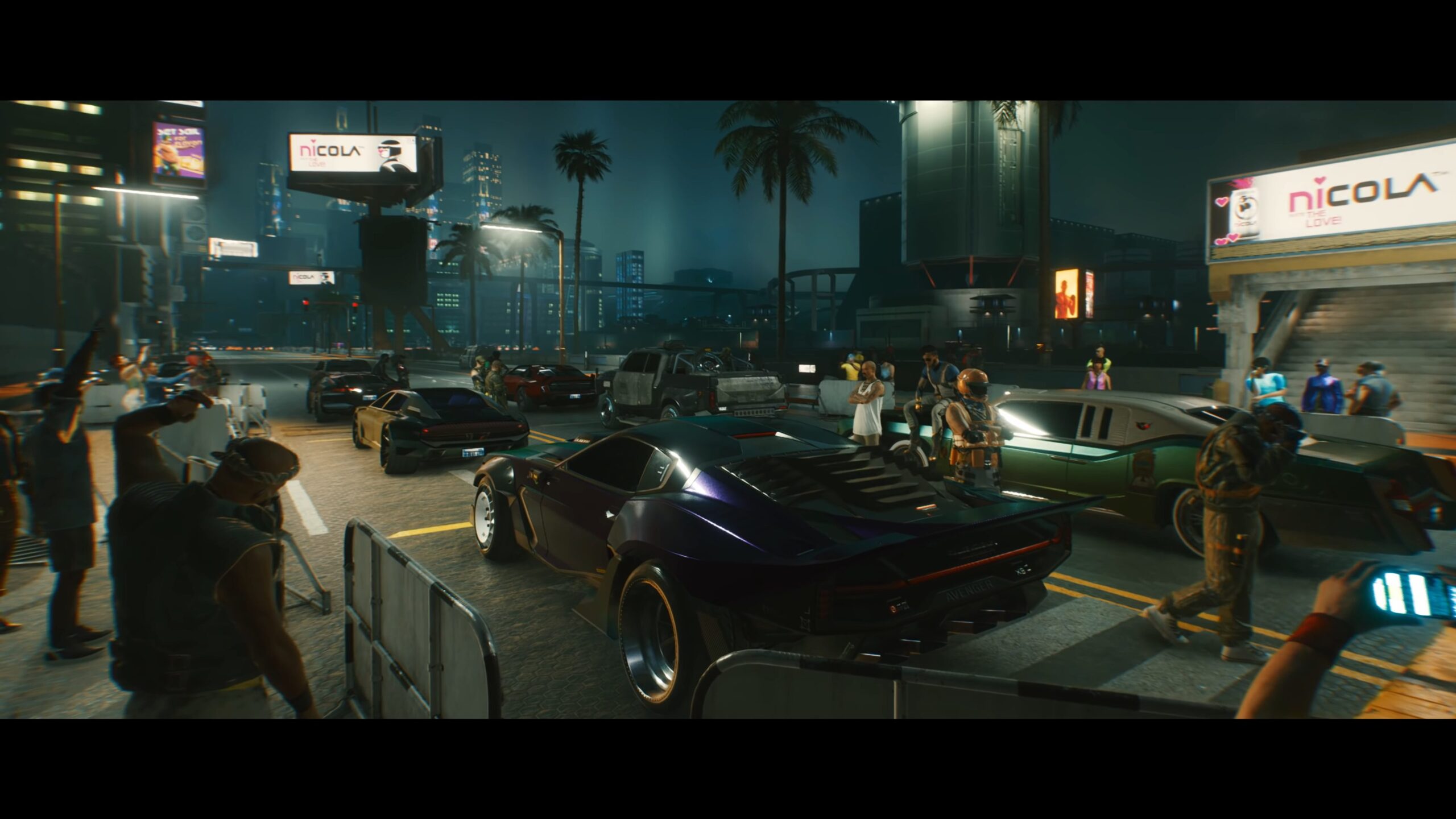 Avoiding people in higher positions does come with its costs, but Street Kid V will be armed with the intuitive knowledge of the streets. An obscure gang will remain at least a bit familiar, an aggressive fixer will feel less threatening, and illegal drugs and black market exchanges will not surprise you. Street Kid V is the ultimate insider. You know how to fight the merciless social hierarchy of the Night City. You made it this far, after all.

As a Street Kid you will start in Heywood District with a unique quest The StreetKid.

“Few leave the corporate world with their loves – fewer still with their souls intact. You’ve been there – you’ve bent the rules, exploited secrets, and weaponized information. There’s no such thing as a fair game, only winners and losers.” 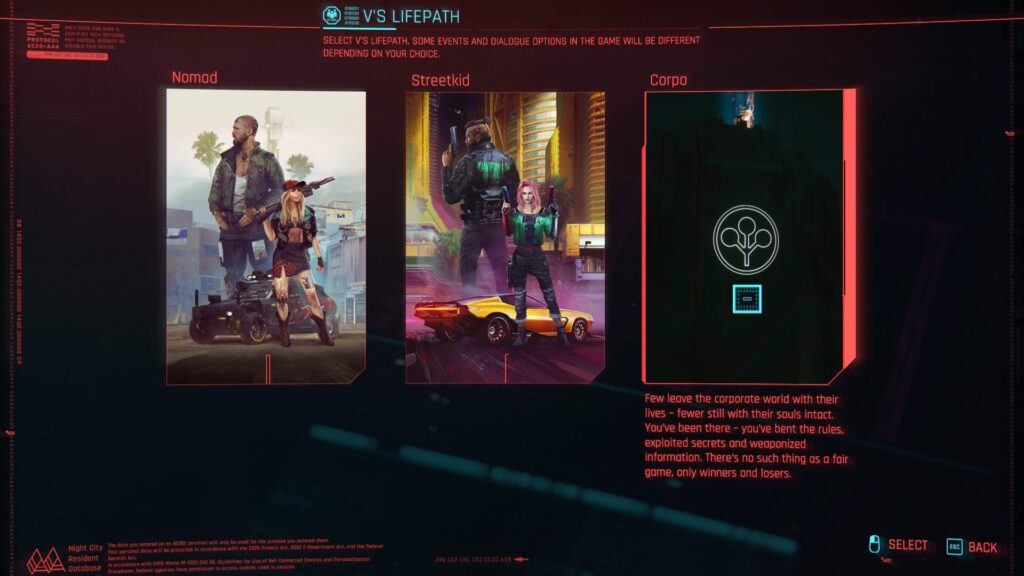 Arasaka hungrily fights for the crown of the Night City. Central locations and ports already belong to the megacorporation and you have always been a part of it all, fighting unforgiving battles within its headquarters to climb the corporate ladder. You are trusted with most sensitive counter-intel jobs and this time Arasaka’s stability depends on you. But what happens when the cold-blooded system turns against its best people? Where do you go when the most powerful organization in the Night City knows everything about you? These are only some of the many questions you will have to figure out once everything you have known in your life falls apart. 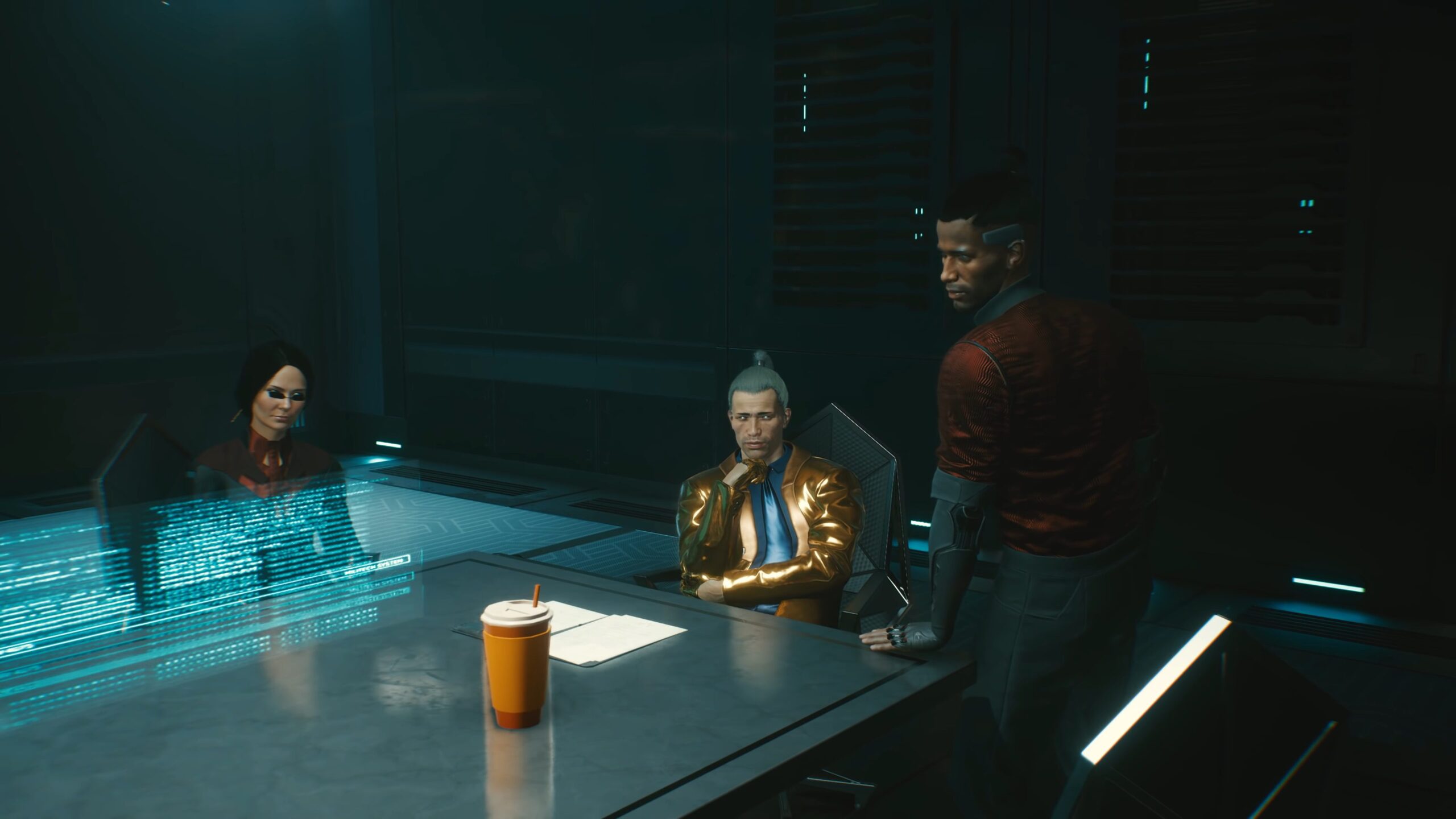 If Arasaka is one of the villains of Cyberpunk 2077‘s story, then you can confidently say that you have looked the dragon in its mouth. You know the most powerful people in the city, leaders of the corporation with the influence that spreads way beyond the Night City. You easily read between the lines, you know the system of mass-surveillance inside out. You found a way out of some of the most convoluted deals, you kept a straight face in front of the most intimidating people. Someone might think that someone of your kind has no chances of survival outside of Arasaka’s sheltering headquarters, but you beg to differ.

As a Corporate you will start in City Center District with a unique quest The Corpo-Rat.