“Formed in 2076 after the death of Elizabeth “Lizzie” Borden, a strip club owner & ex-prostitute who treated her workers fairly and defended them from violent clients, The Mox refer to themselves as “those who protect working girls and guys” from violence and abuse.” (CD Projekt Red official forum post).

Despite being a small, non-territorial gang compared to the others in Night City, these sex workers and sexual minorities can stand up for themselves without a problem. They trace their current operations and their history to Lizzie’s Bar and will not touch you if you show them some respect and leave them to their business.

The Mox’s name comes from the old slang word “moxie,” which denotes the ability to face difficult situations with spirit and courage. This association is appropriate considering the gang’s history and the values they hold to this day because of it. It all began with Elizabeth “Lizzie” Borden, a strip club owner and the war she and her followers were willing to wage against Tyger Claws in 2067 to defend the underrepresented voice of sex workers.

Due to her own experience as a prostitute, Elizabeth made sure to treat her workers fairly and defend them against aggressive or violent clients. So, when one of Lizzie’s girls was brutally raped and murdered by a group of Tyger Claw gang members, Lizzie wasn’t going to let this act go unpunished. She killed all three of the assailants with an axe, displaying their mutilated bodies in front of her club to demonstrate the fate of those who dare to hurt a prostitute. 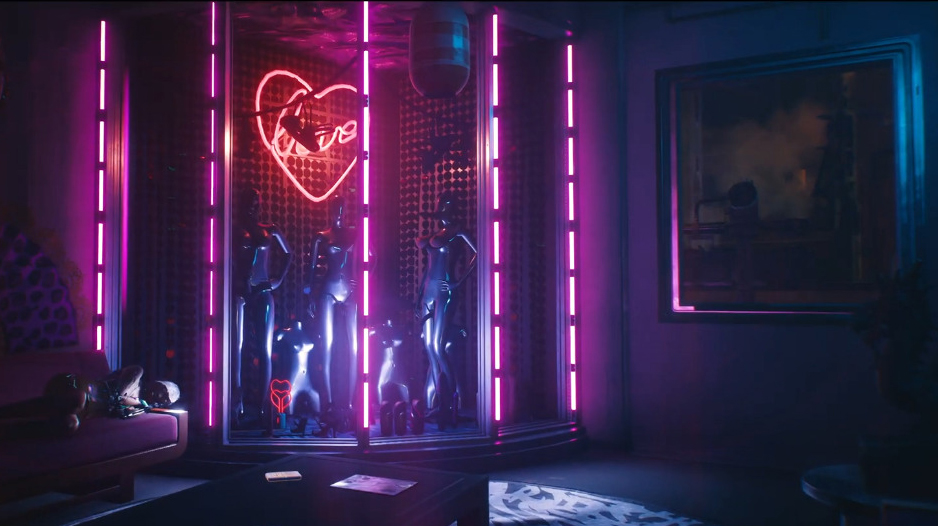 Tyger Claws, the gang known to avenge any of their members however low in rank or whatever it is they have done, prepared to strike back. That night they raided the bar, demolishing it in the process and killing Elizabeth. What followed was an uproar that the Tygers were certainly not prepared for: riots emerged across the entire Night City, targeting Tyger Claw businesses and members, refusing to calm down for a long time. Elizabeth Borden became a symbol of this movement and was remembered since as an emblem of defiance against gang immorality and brutality.

Her successors have restored the bar, naming it “Lizzie’s Bar” after its former iconic owner. The gang formed around Lizzie’s principles, seeking to protect those who feel threatened and oppressed within the community of sex workers and sexual minorities. The Mox’s members now represent themselves through the anarchist and punk aesthetic, their symbol being a double-headed axe that they display on their clothes, tattoos, and jewelry. Some of them have modified their bodies to endure heavy combat, in a way that makes them look like plastic dolls to demonstrate their endurance. 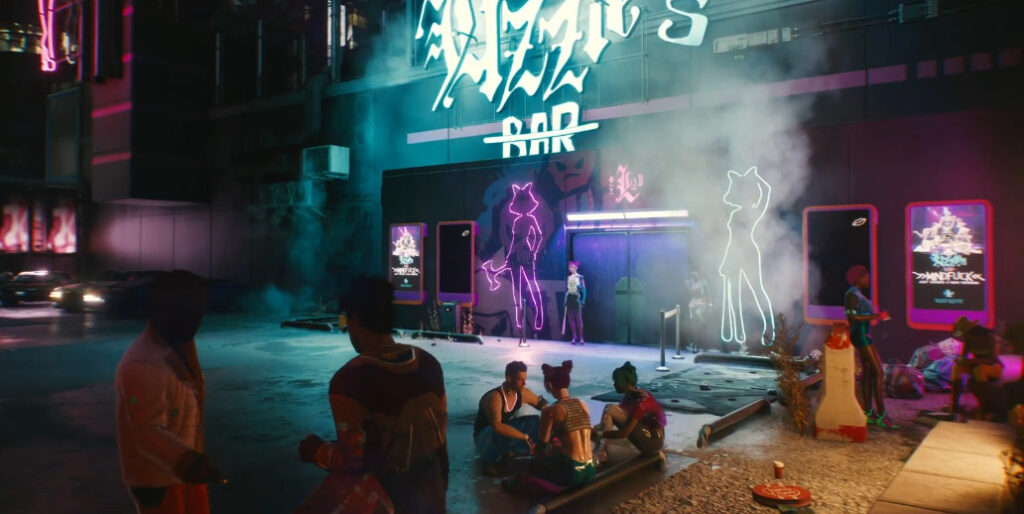 The Mox don’t have a clear hierarchy or any desire for expansion or confrontation with other gangs. Still, Moxes are always ready to protect, especially when Tyger Claws appear in sight — the gang still has frequent confrontations with their rivals. Yet, don’t think of these ladies as angels: Moxes often charge pretty high for their protective services and they run several smaller brothels that bring them fair income from prostitution. At the end of the day, however, The Mox prefer to stick to Lizzie’s Bar — which is now an exclusive braindance club — protecting the bar’s facilities, workers, and gang members.

You will get a chance to hang out at Lizzie’s as a part of the starting quest for the Corporate Lifepath, and all three backgrounds will eventually pay a visit to the bar during Dexter DeShawn’s questline. That’s when you will meet Evelyn, an interested party in the heist you are involved in, and she will give you some clues to the location of the chip you are looking for through her braindance recording. 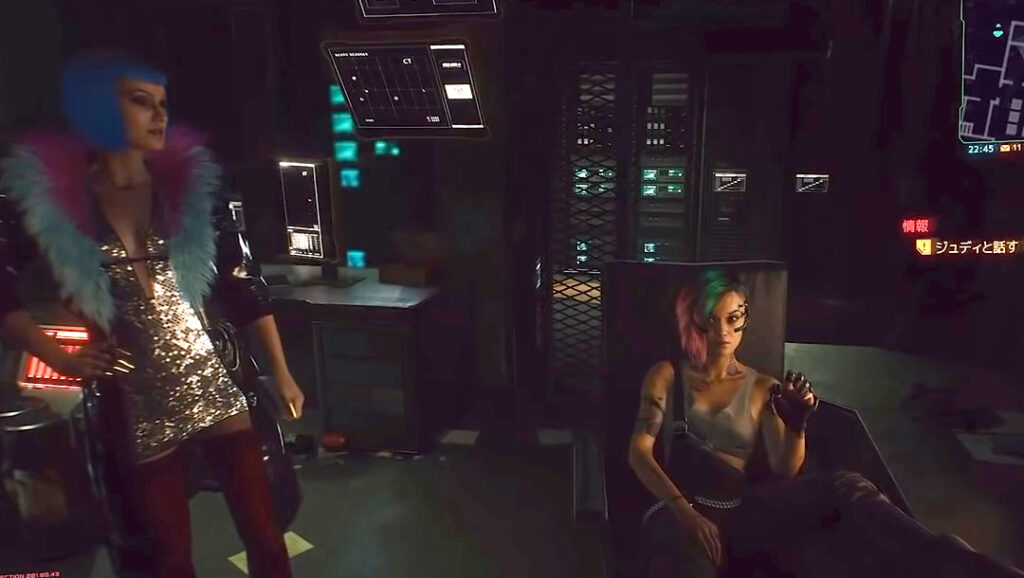 Before you search her memories, you will meet Judy. Judy is a master braindance editor of the Moxes and she will guide you through your first braindance recording. The footage will be a “flatliner” where the recorder dies at the end and Judy will show you exactly how to navigate and analyze this braindance recording to discover exactly how the events unfolded. Meanwhile, Evelyn’s recording will take you to a luxurious penthouse of Yorinobu Arasaka, where you will locate the target chip by studying the temperature signatures since the fragile object needs to be stored very cold.

Your first encounter with Judy and Evelyn will end here, but you could definitely interact with them again as two potential romance options. Evelyn will also offer you a chance to cut Dexter out of the lucrative deal, accepting or reporting on which will have its consequences.