Night City doesn’t officially recognize the Badlands as its seventh district, but people who made this place their home certainly do. Amidst derelict oilfields, rotting eastern landfills irrigated by acid rain, and the southern desert many clans scavenge for resources and golden opportunities.

What are the Badlands?

These wastelands lie just outside of the guarded walls of the city, composed of vast plains and making the Night City itself stand not unlike an oasis amidst the arid landscape. Yet, the place got a plenty of life left in it.

Scavenged from scrapyards, manually assembled vehicles serve as the main method of transportation between the scattered mini-settlements and fuel depots. There are heaps of opportunities for those in the know. When roaming the area you are bound to run into quite a few surprises… that is, unless they find you first. 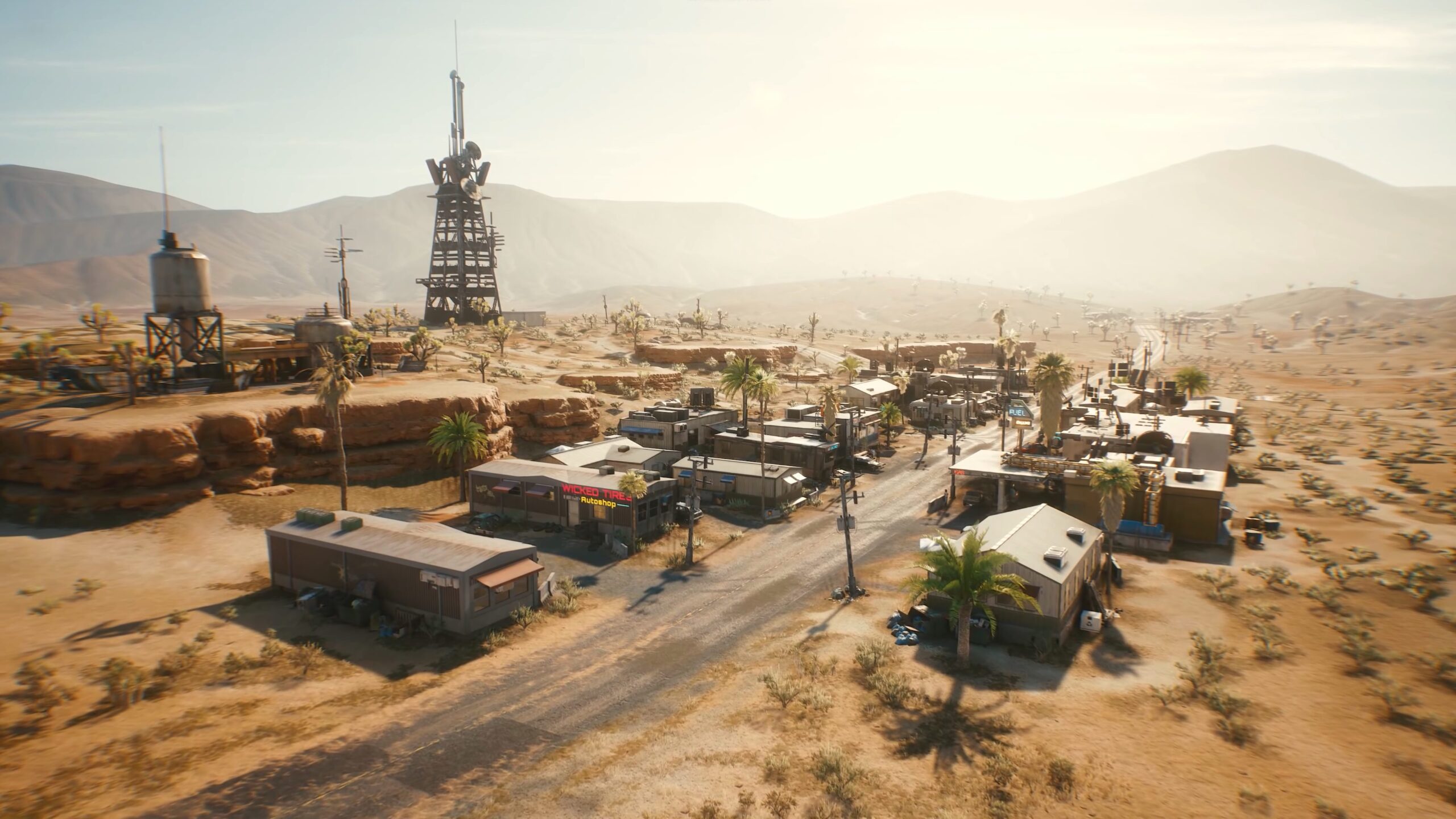 The approach to survival is dictated by individual clans, which often involves clever territorial tactics and rare car augments. Local Nomads know the importance of honesty and integrity. Pursuit and protection of personal freedom punctuates local lifestyle. Yet, some of the inhabitants of the area, alike the exiled Wraiths (we discuss them in more detail in a section below), are far less honorable and friendly.

In the north of the Badlands lie the derelict oilfields with unchecked resource extraction operations. To the east are the wastelands suffering from extreme pollution and acid rains. The temporary extinction of all organic life in the area might have already become permanent, replaced by heaps of chemicals and massive landfills. Yet, the abandoned land will keep reminding the Night City of its existence with its unbearable stench carried by the winds.

The desert to the south looks a little less apocalyptic, thanks to the numerous Biotechnica protein farms and the Jackson Plains power plant in the area. But don’t make a mistake of calling it safe just yet — let your guard down for a second and it will eat you up alive. 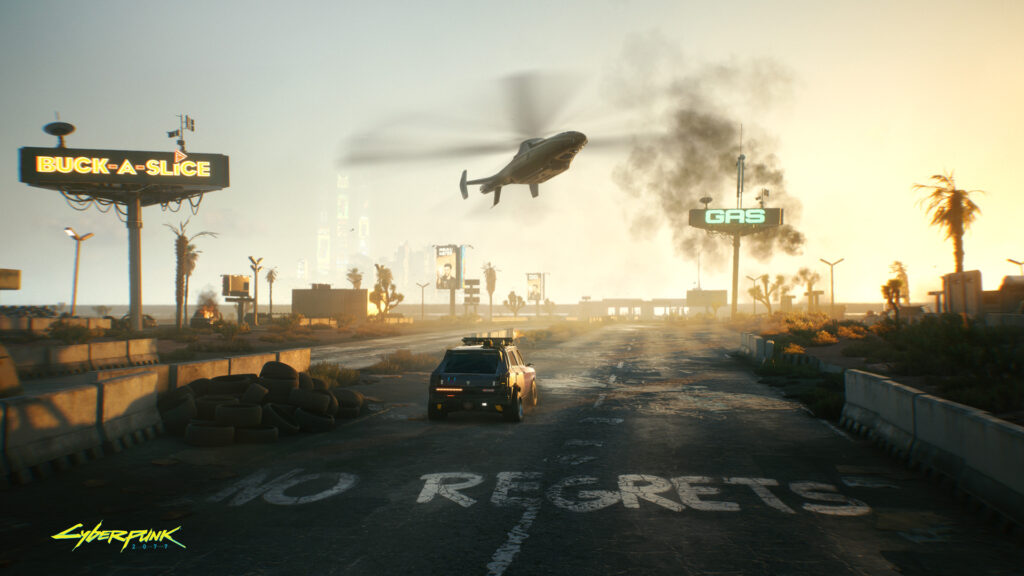 If you picked the Nomad Life Path for your character, your story will begin in the Badlands, at a small mechanics’ shop.

Parting their way with the Bakkers Clan, V is undertaking a risky job to smuggle a valuable package into the Night City. In this version of the prologue Jackie Welles is V’s partner in crime in breaking through the border.

The situation escalates when Arasaka guards surround V and Jackie in their car, demanding that the corporate property the two are carrying is handed over. Chased through a Biotechnica facility on the city’s outskirts, the two find shelter in a garage and open their mysterious package. Inside of it is a live iguana. 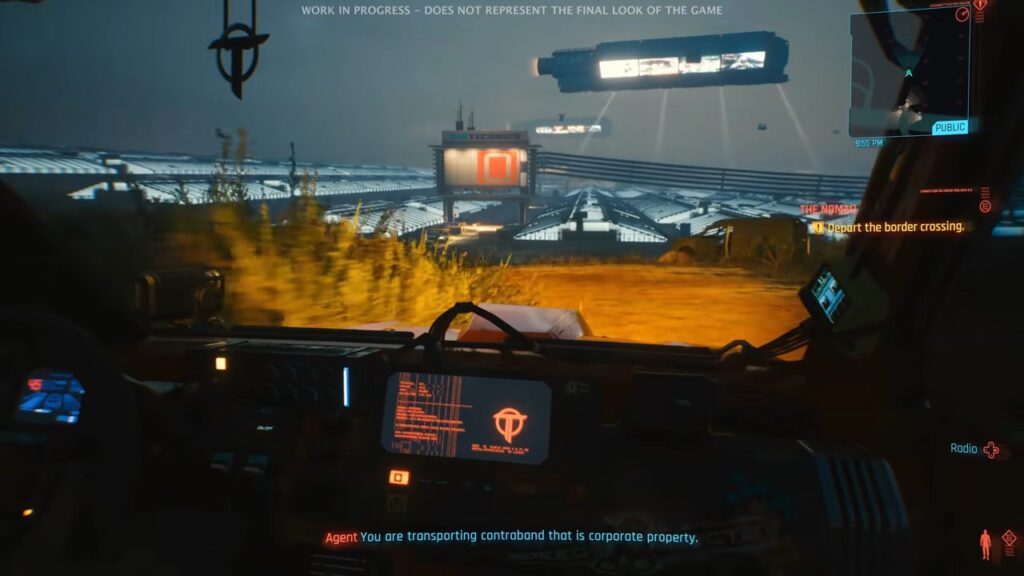 This is where the prologue leads into the first main quest, Breaking Through.

One of the two major Nomad clans within the desert of Badlands, Aldecados are constantly in conflict with the Wraiths, albeit much more approachable towards V than their enemies. Unlike Wraiths, Aldecaldos’ main trade is transportation of passangers and goods across the desert.

You can learn more about the gang in our Aldecaldos: Cyberpunk 2077 Gang guide!

The second of the two major Nomad factions, Wraiths are a part of the Raffen Shiv gang known for its predatory behavior. This gang is made up of exiles from local Nomad tribes and families and is often the reason behind disappearances of many a corporate transport navigating the area. Local clans know that wandering into the Wraith territory without an armed escort (preferably a small army) is asking for trouble.

Read more about Wraiths in our Wraiths: Cyberpunk 2077 Gang Guide!