“Filled with modern, cutting-edge architecture, City Center is where you can witness the unrivaled might of megacorps in all its arrogance. This is where the rich and overworked spend their lives, building Night City’s economic power.” (CD Projekt Red official forum post).

What is the Night City’s City Center?

Corpo Plaza never seems to stop reaching for the sky with its ferocious, neo-militaristic corporate skyscrapers, the cutting edge architecture that fortifies the most secure part of the Night City. After long years of conflict and disgrace, corporations rose to power once again along with the towering office complexes, rebuilt after the nuke wiped the area clean. The two corporations whose rivalry has caused the destruction of half of the Night City — Arasaka and Militech — now have their offices set in the Corpo Plaza buildings, glaring down at the beehive of low- and mid-level corporate workers quickly running between buildings, trying to make their next meeting on time.

While the Memorial Park makes up a huge roundabout between the corporate HQs, the Armored AVs take to the air to transport high-level executives between landing pads. Meanwhile, NCPD officers and armored corpo guards patrol the traffic and service the multitude of checkpoints within every building in the plaza. The busy area appears forcefully peaceful under the iron grip of the corporate giants such as Arasaka, Militech, Biotechnica, Petrochem, and Kang Tao.

The Nuke Incident ended the history of the old City Center Downtown in a massive blast wave. As the megabuildings, offices, bars, pubs, strip clubs, and neon lights took over the ruined battlefield once again, the new Downtown could reclaim its role as the heart of Night City’s financial and economic power.

Yet, Downtown also has its dark side. Shadier alleys lead to sleazy love hotels, dive bars, and places hidden from view where drug deals are made and black braindance footage is produced. This is where gang members come to have their fun. Don’t be surprised to see one or more of them as local bouncers and bodyguards-for-hire.

The recent history of the City Center is defined by a devastating destruction: a day in 2023 when a nuke was detonated inside one of the Arasaka Towers at the peak of The Fourth Corporate War. The event became to be known as the Nuke Incident, a tactical attack carried out by a group of unknown mercenaries, perhaps the “Atlantis Group” itself (Johnny Silverhand being one of its most recognizable members) that eventually led to Arasaka’s surrender to the rest of the world and its measures to end corporate conflict.

After the attack the City Center required a restoration project so massive that it lasted until 2070s, spanning several districts. However, the effort was definitely worth it in this part of the town: City Center became one of the most modern and fortified areas of Night City.

If you picked the Corporate Lifepath for your character, your story will begin in the City Center, inside the Arasaka HQ Tower.

Vomiting into the sink in front of a bathroom mirror, counter-intelligence V .

Arthur Jenkins, a higher Arasaka executive and V’s boss, calls V in. He asks V to discretely take out Susan Abernathy, Arthur’s victorious opponent in the fight for the promotion he was interested in, now technically Arthur’s boss. 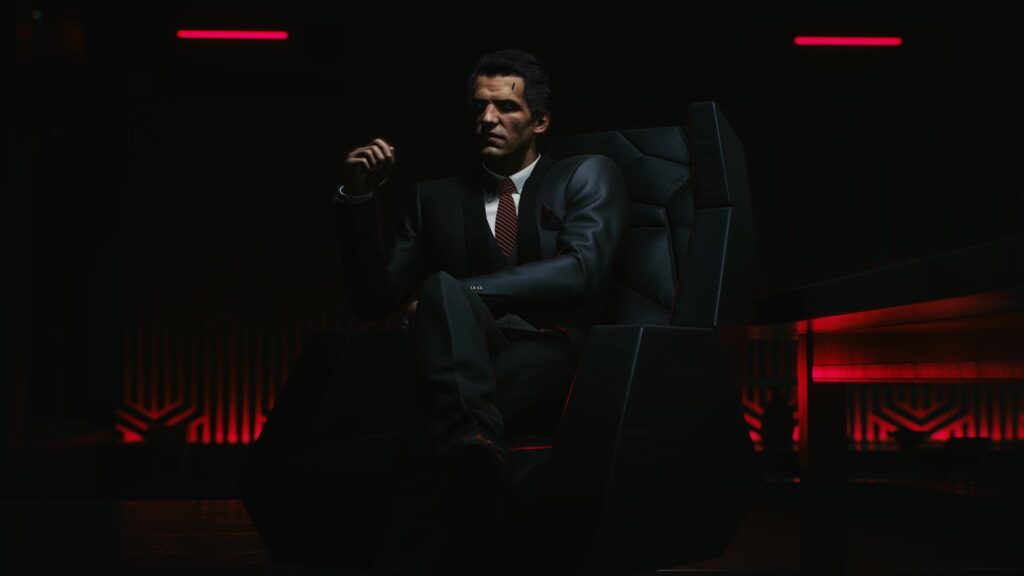 In this version of the events, Jackie Welles is an unaffiliated friend of V and also V’s best option for killing Susan without tracing it back to Arasaka. Both meet up inside Lizzie’s Bar in the Watson District, after V flies there in the nicely outfitted Arasaka AV and has the iconic encounter with the basketball players on the roof of the building.

However, before V and Jackie can carry out their plan, but Susan pays them a visit in the bar with two Arasaka security guards with an appearance of sumo wrestlers. V’s Arasaka cyberware is disconnected, live-saving Trauma Team insurance is ended, and the bank account funds are emptied. Jackie protects V from being taken away by force and offers to help V get back on their feet.

This is where the prologue leads into the first main quest, Breaking Through.

Family firm from Japan known for providing corporate security, banking, and legal services. Known as one of the most powerful megacorporations of 2077 producing top-choice weapons and vehicles for police and other security forces.

Militech is Arasaka’s major rival in production of weapons and military vehicles. Being among the largest, Militech scored a contract with American military and police agencies in the past, supplying them with high-grade weaponry and training for years.