If you saw the last Deep Dive Video from CD Projekt Red, you might have noticed something a little weird.

Cyberpunk 2077 is supposed to offer three class archetypes for the players to mix and match: the Solo, the Netrunner, and the Techie. Well, the Deep Dive Video certainly did a deep dive on the first two, and the Netrunner in particular is getting a lot of attention across the discussions happening on YouTube and on official forums. But what about the Techie? This archetype and its abilities are mysteriously absent from this demo, almost giving a false impression that there are only two major modes of play in Cyberpunk 2077.

We are here to give the overlooked archetype a little love, review what we already know and speculate on what abilities it might have in the released game.

What We Know From CD Projekt Red

Let’s start from a place of knowledge. You might be surprised that in the Q&A Panel that follows one of the versions of the Deep Dive Video available on YouTube, the developers do talk a little bit about the Techie archetype, even if the video itself doesn’t.

Miles Tost, the Senior Level Designer, differentiates Techie from the Netrunner by pointing out that unlike its software-hacking counterpart, Techie dabbles with the hardware, cables, and machinery itself. An interesting connection was made with the “Flathead” spiderbot from the original 48-Minute Gameplay Reveal we saw in 2018. 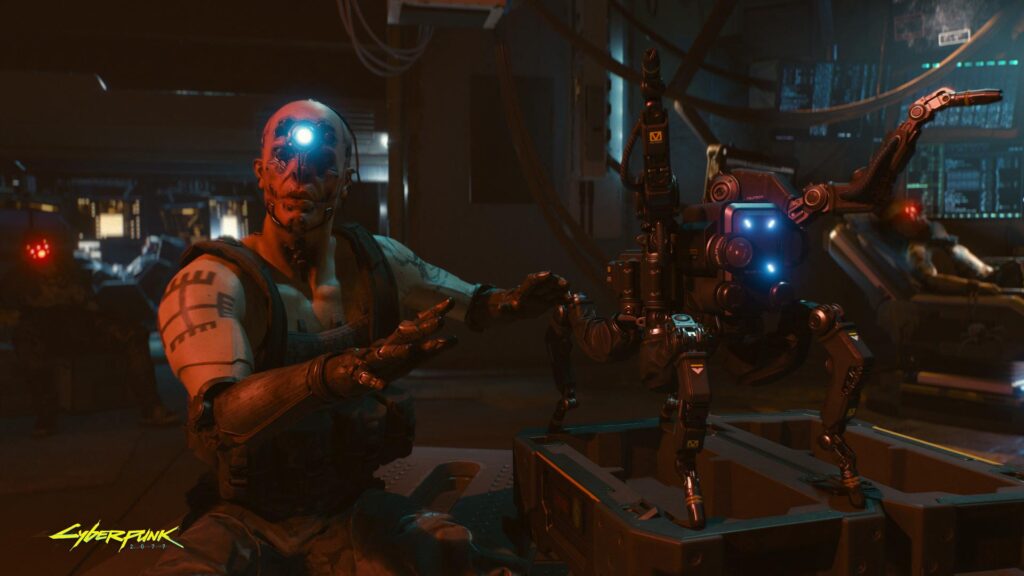 The piece of military hardware that V and Jackie had to obtain in their mission happens to be a type of “an autonomous robot that listens to your commands,” and that’s the kind of a little friend that a Techie archetype would be very skilled and controlling and utilizing in their environment.

When doing demonstration of the spiderbot, the Maelstrom gang member in the demo explains that when the thing is sent “crawlin’ up walls, danglin’ from ceilings…” the user would be able to see through its eyes, supposedly to a nauseating end. We observe this in action, also noting the spiderbot make itself invisible, if for a brief moment. Later, we pick up the Spiderbot Splinter Chip to control the spiderbot itself, even though we never quite see its full potential.

Miles himself notes that this kind of a robot can be sent to “manipulate certain devices” or to, for example, make a broken lamp fall down onto an enemy. There are also options to take your robot companion into battle (so, you don’t always have to be stealthy!).

Without giving us specific details, Miles mentioned that there will be at least some customization options available for your little robot pet.

Who says that the Netrunners will be the only ones to bend the surroundings to their will? Sure, Netrunners can show off their impressive Hacking Skill, but Techies have Engineering on their side.

We did get a chance to see Engineering Skill in action when V and Jackie were making their escape in the 48-Minute Gameplay demo, as V disassembles the maintenance panel after failing to hack the door lock directly to create a passage out of the room. This means that the Engineering Skill mastery can eventually allow us to get into the same passages as Netrunner’s Hacking or Solo’s forcing open of closed doors. Perhaps some secret areas will be exclusive to the Engineering bypass.

Meanwhile, from the Deep Dive Video we know that an alternative to the Solo build’s ripping out the turret gun would be to “Override” it with an Engineering Skill of 2 – an option that appears on the screen for a brief moment. What would that mean? Based on how the developers have approached similar options with Hacking, the best guess is that overriding the turret with Engineering would allow you to control its targets without destroying the machine itself. 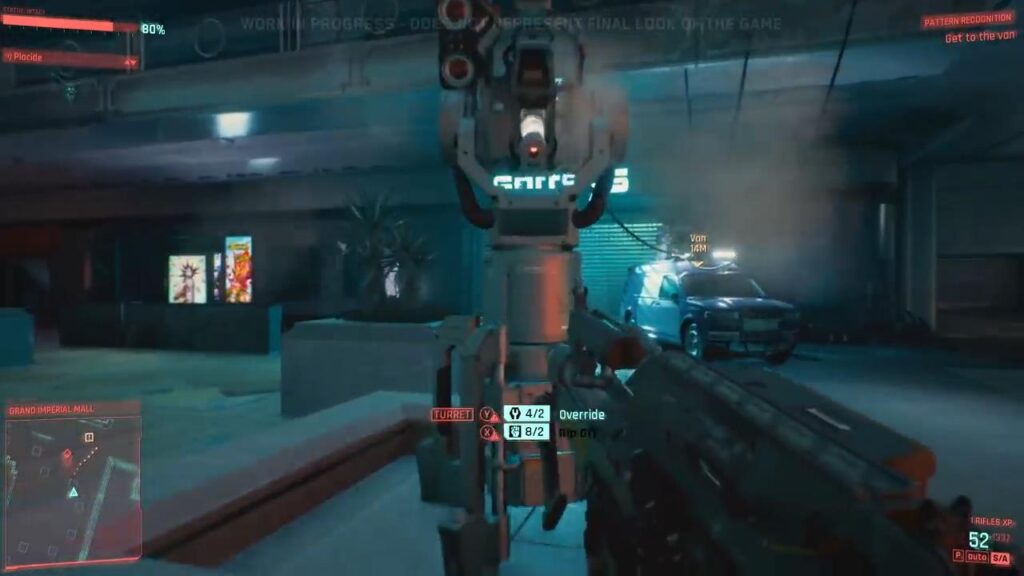 Would you be standing on the podium in charge of a massive stationary gun? Would the turret proceed to target your enemies automatically? For now, that remains a mystery, but the possibilities it offers are quite exciting.

Some Speculation About Techies Using Cyberpunk 2020

Now to some fun speculation. You might already know that Cyberpunk 2077 is heavily inspired by Cyberpunk TTRPG system, Mike Pondsmith’s Cyberpunk 2020 in particular (although the developers are also collaborating with the original creator to release a TTRPG system based on the setting of the game.)

Many elements, including the game’s three class archetypes, can be seen in Cyberpunk 2020’s rulesets. So, naturally, Techies are a playable class in Cyberpunk 2020, and aside from being natural and talented Engineers, we can see that they are quite good at a number of things.

Cyberpunk 2020‘s Techies offer players an obvious but pretty neat way of earning some cash: fixing things for other people! Particularly expensive and not-so-legal jobs can even get them in trouble.

Well, so what? We probably know that Cyberpunk 2077 will not focus on Techies picking up orders from gangs to fix their malfunctioning machinery… but who says that can’t be a major alternative ending to a quest or an entire sidequest for a character with a high-level Engineering Skill? It wouldn’t be too weird to expect Cyberpunk 2077‘s Techies to actually get some eurodollars and Street Cred because of their ability to fix things. 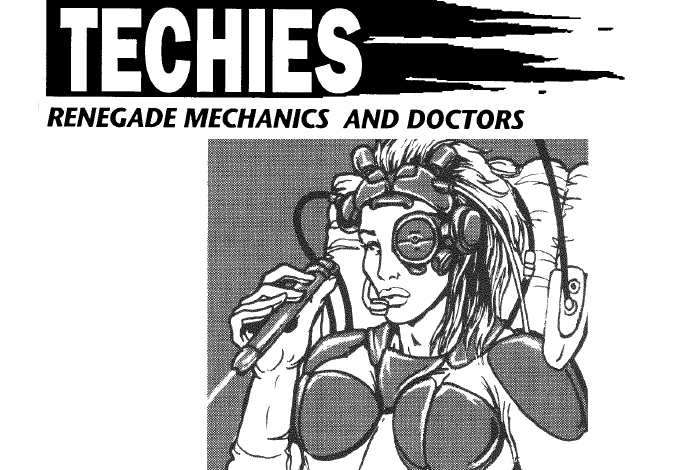 We already know that Engineering in Cyberpunk 2077 will allow the character to modify their Cyberware to a limited degree, but they will need to see a Ripperdoc for just about anything else.

But is that all that a skilled Techie will be able to craft? Cyberpunk 2020‘s Techies are notorious for dabbling into gadgets and finding novel applications for them. So, we know that the personal robot companions will come with some customization which will probably be tied in with the Engineering skill… but so will weapons!

Can a Techie create an attachments for their guns? What about creating gadgets to use as mini-robots or traps? Maybe even crafting daemons for the Netrunner abilities or to sell (we know we can buy them on the market…)? Can Techies upgrade their own Cyberware with parts they find in the field? It’s not unlikely that the Engineering Skill will allow for crafting or field salvaging of some sort and it might become a possible source of money saving or even revenue.

Speaking of Cyberware doctors… who would be better for “healing” mechanical body parts than literal engineers? That feature exists in Cyberpunk 2020 with the Medtechie class, apparently favored by Solos to “patch up wounds or install new illegal cybernetics” (description taken from the Core Rulebook).

We know that the developers will want us to visit the Ripperdoc to handle the majority of our Cyberware business and that we have inhaler consumables to power ourselves up in the field, but what of wear and tear done on our weapons and our bodies? If the game has some kind of injury or negative condition system relating to our equipment (say, our gun breaking or our cyberlegs taking too much corrosive damage), it’s possible that Engineers will be able to administer a relief in the field to counteract the damage. 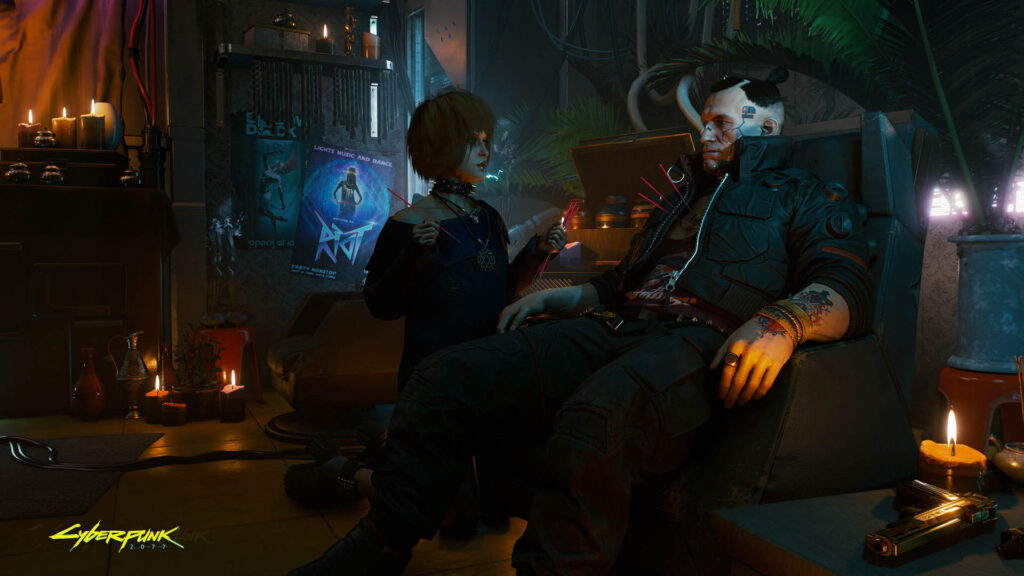 What do you think? If you are a fan of the Cyberpunk lore and might have your own speculations – let us know!
If not, did we manage to make the Techie class a little more exciting to look forward to for you?
Do you think that the neglect that the developers have shown to Techies in the Deep Dive Demo might translate into the gameplay?
Share your ideas and observations with us in the comments!

Dedicated contributor at GnarlyGuides and a part-time collector of books she will never have time to actually read. Jumps on the newest releases just as quickly as on the uncovered dusty collections from the basement. For her, shiny graphics can never be an excuse to not have a polished player experience or an immersive story.
Subscribe
0 Comments
Inline Feedbacks
View all comments

wpDiscuz Scroll to Top
You are going to send email to