Gorgeous Setting of Cyberpunk 2077: What Can We Expect From The Night City?

Cyberpunk 2077 is set in a breathtaking, highly thematic interpretation of the impressively massive Night City. Even many months before the release, all trailers and gameplay demos were packed with surprising, exciting, and colorful scenes. Honestly, with a setting like that, this level of visual interest might not be all that hard to produce: CD PROJEKT RED has separate teams handling intricate individual parts of the world to keep players entertained even when passively observing the city’s lights and billboards flashing, its cars whizzing by, its humming background noise, its citizens going about their day.

In the Q&A panel to the August’s Deep Dive Video, developers remind us once again that the main philosophy of Cyberpunk 2077 project has always been freedom; freedom for both the story and gameplay. In fact, pointing to their famous Witcher series, the developers promised an even more unlimited open-world experience. In terms of development, it can be quite a challenge, since the extended gameplay choices push every other aspect in the game to rise up to the scale. We know how CDPR handled some of those challenges, and it can tell us quite a bit about the experience we might have as players.

In fact, we would like to draw attention to how the vibrant open-world experience of Cyberpunk 2077 will affect its storytelling and in-game travel. (You might be pleasantly surprised.) 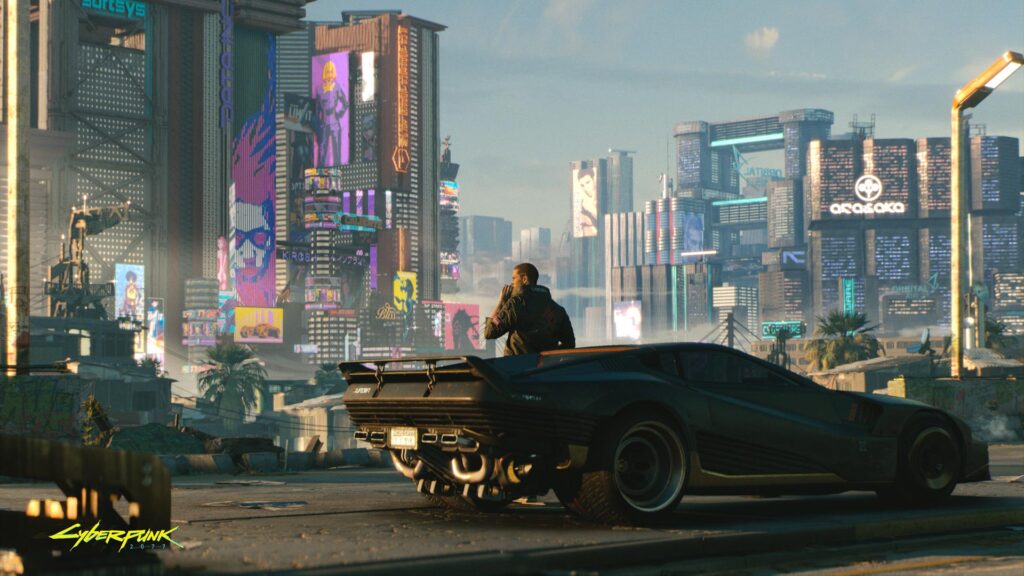 Everything in Cyberpunk 2077 Has a Purpose

And that’s something that Miles Tost, the game’s Senior Level Designer, repeated several times throughout the panel. One of the impressive features of the boundless Night City is its multiple districts. While each will have its own unique look, culture, and its own stories to share with the player, CDPR did their best to keep each location feel integrated and believable, with experienced designers and city planners on the team.

The idea is for the player to know exactly what part of the city they are in based on what they see around them, while never losing the immersive realism.

Having these experts allowed to develop an extreme level of detail. Some of them are a bit unconventional, like the flow of car and people traffic, history of the city’s expansion, and even the brands and their ever-present advertisements: all of these were given a lot of attention along with an important reason to exist in the world. Everything the player will encounter will uncover a part of lore, every completed quest will have a purpose in the story and incur consequences. Everything will have its place within the main story. 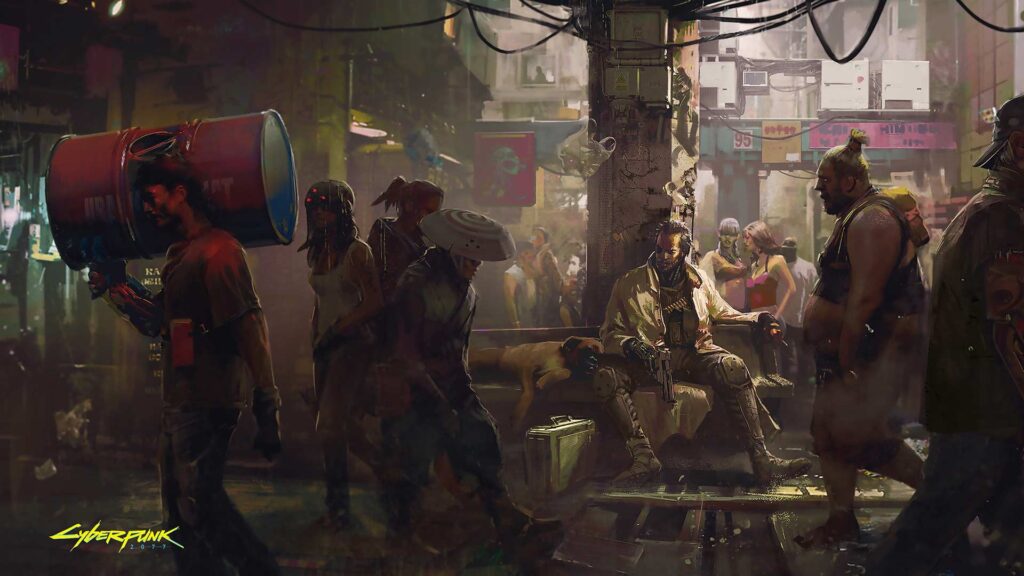 We got a glimpse of that with the first game demo, when we got acquainted with the Watson district, a former industrial center, and its local gang, the Maelstrom. Vibrant and busy Watson plays by its own rules when it comes to crime and eddies. The local fixer, Dexter DeShawn, expects V to play by these rules when he entrusts her with a mission. As soon as we get a feel for Pacifica in the Deep Dive video, meanwhile, we instantly feel the difference: it’s an abandoned ambitious construction project turned into slums. That’s where the VooDoo Boys practice their influence through their control of the Cyberspace. It’s a different dynamic, a different challenge for the player and their character.

While all of this speaks to Cyberpunk 2077‘s exciting variety, all of these places still connect to each other and function within the realistic (albeit wonderfully imaginative) universe.

Travelling Around The Night City in Cyberpunk 2077

Speaking of the interconnection: CDPR kept their promise about keeping the setting seamless! No loading screens: the player is free to walk around and enjoy the atmosphere of the grand city. While the Fast Travel remains a convenient option, many steps were taken to reward V for taking a longer route to their destination, whether walking or driving. Every district has something special to offer to your character, no matter the chosen background, and every corner catches the eye with something interesting going on.

A good example of that would be the weapon vendor, Wilson, who appeared in the original gameplay reveal. He informs V of her gun order being ready as she passes by. By choosing to walk through the floors of the apartment complex, V also encounters an advertisement for the Nicola soda (a consumable that restores some health over time), and picks it up from the vending machine. The Deep Dive video shows a male V pause by a vendor’s stall for a quick chat or to try on some new clothing and accessories. The Pacifica District, the demo suggests, would be one of the first places to look for some black market goods. 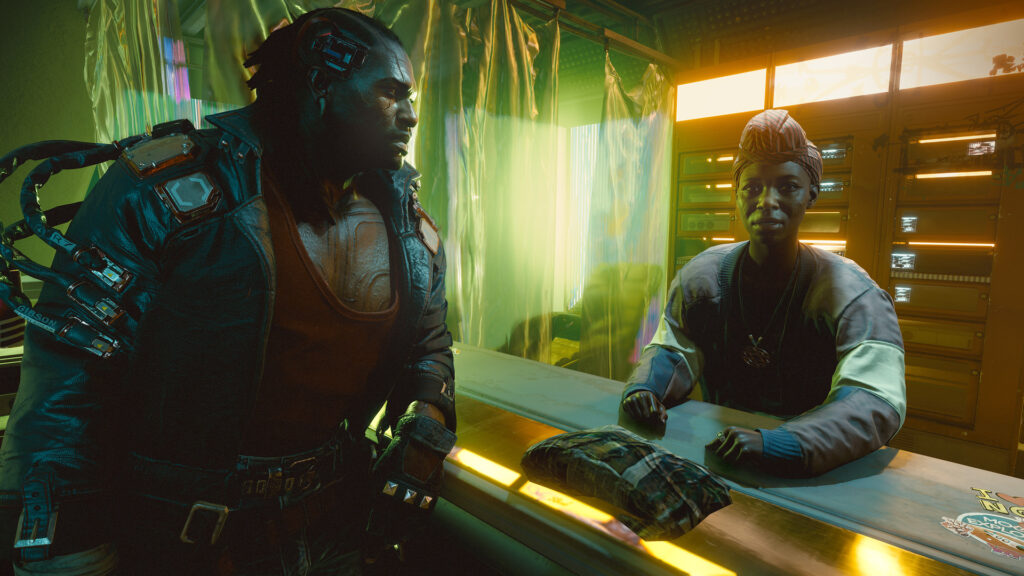 Night City is packed dense with side quests, surprising discoveries, and various encounters that will make any trip exciting enough to take by foot. (Oh, but you will have the option to do so on a trusty bike or one of many attractive vehicle options. Maybe even a flying car…)

Night City, as expansive as it is, will always have more to offer than meets the eye.