A couple of days ago CD PROJEKT RED released a new Deep Dive Video for Cyberpunk 2077, almost exactly a year after its 48-minute Gameplay Demo that reverberated through the gaming community. The former video demonstrated CDPR’s take on Mike Pondsmith’s lore, their approach to modern RPG genre, as well as the general look of the Night City and structure of the game and its quests.

This time, the developers brought us an exciting discussion about two character builds that will be available to Cyberpunk 2077 players which show seemingly opposite approaches to facing the game’s challenges. First build the developers demonstrate is a cyber-tank with a tremendous damage output, while the second example character is a stealthy hacker that takes out its targets cleanly, cleverly and quietly.

Since the first demo showcase we have been familiar with Cyberpunk 2077‘s fluid class system: instead of locking themselves into a class with defined abilities, players can solidify their build as they progress through the game and invest their earned experience into skills they like the most.

So, the two “classes” offered by the developers are more like opposite points on the wide gradient of various weapon and technical skills rather than clearly defined archetypes. At least, that’s what CD PROJEKT RED intends them to be.

This seems to be closer to the version of V (player character’s alias) we have seen in the first Gameplay Video back in 2018 and it produces flashier battle scenes.

The quest preview of the Deep Dive Video hinted that the blunt force character might have weaknesses when it comes to powerful enemies messing with their processor, which is interesting to see. 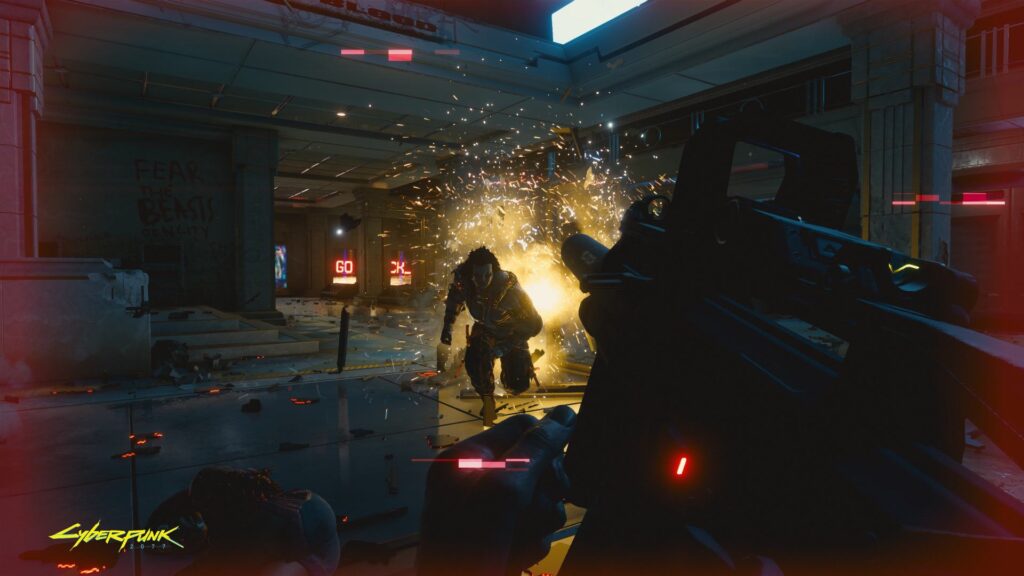 That and general preference of avoiding direct conflict might be why someone would play a “Netrunner.” With this stealth build you can hack into detailed information about your surroundings, disable security cameras and any other forms of tracing, create distractions, make everyday electronics and equipment deal lethal damage for you, or otherwise severely disadvantage your opponents before taking them out with a single shot.

This seems to be a highly rewarding and impressive playstyle with a special place in the game world. As it functions in the quest demonstration, it produces fun series of events where a bench press crushes a burly man with its weights, a training robot murders its opponent in front of other gang members, and a vending machine distracts some goons as it starts spewing out soda cans.

As it stands, the game’s developers made screwing around with the network and the larger Cyberspace look pretty fun. 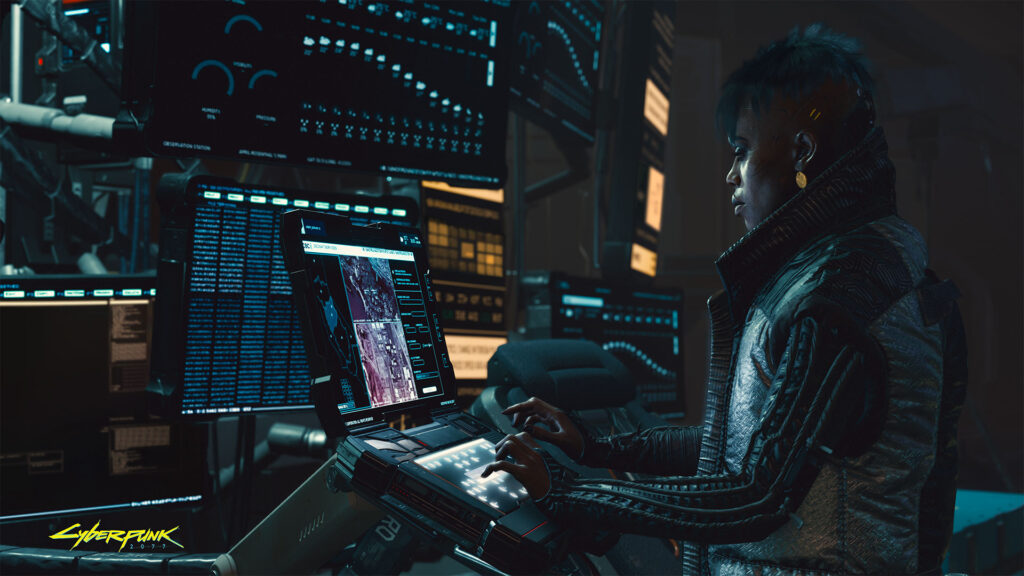 CD PROJEKT RED did another dive into the game’s extensive lore, this time covering some of the Night City’s factions in one of its districts and the vast Cyberspace network that is at the center of the game’s conflict and the dystopian society’s fate.

The preview gives us a look at a faction quest for the network-skilled VooDoo Boys gang of the Pacifica District, successful completion of which would be a step to getting the gang on our character’s side. Within the world of Cyberpunk 2077, these faction alliances can be created, utilized, or exploited, but not without consequences.

This particular alliance ties well into the fight between organizations like NetWatch who are trying to protect the current state of the boundless Cyberspace, and those like VooDoo Boys who are interested in breaching the boundaries into the deep and dark beyond. As the preview narrates, no side is innocent in their approach and every action of the player will have its own consequences. 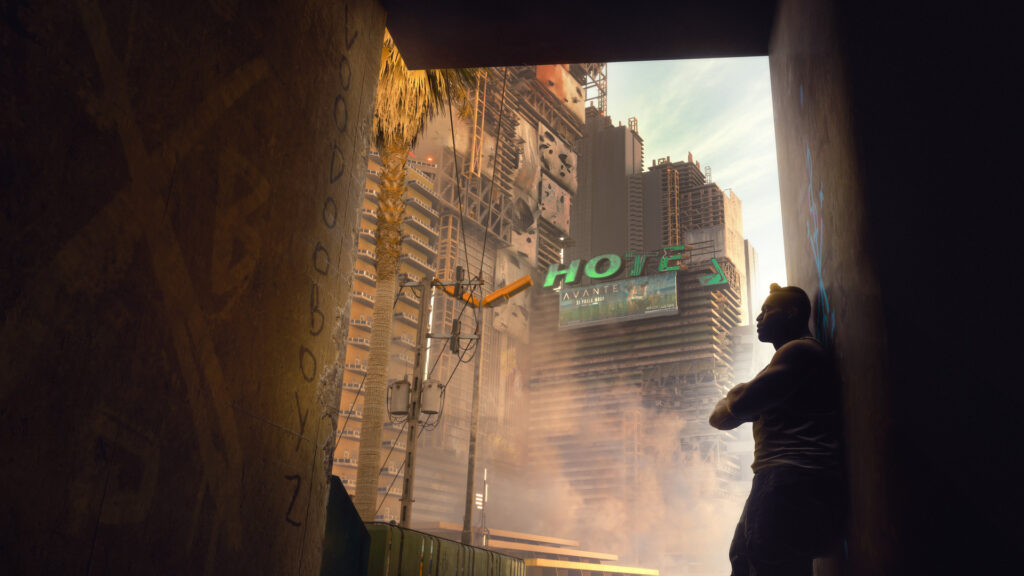 One of these storylines will relate to the “rebel rockerboy” Johnny Silverhand embodied by fans’ beloved Keanu Reeves. Unfortunately, you are stuck with him and his own agenda for the Night City due to a chip you carry inside your head.

So, if you are wondering about the kind of challenges that Cyberpunk 2077 will offer its players, the recent Deep Dive Video reminded us once again that CD PROJEKT RED’s team loves to put their players in chaotic, morally ambiguous, and delightfully exciting situations.