Can You Go Anywhere You Want in Cyberpunk 2077’s Night City?

How did CD Projekt Red avoid main story compromising the open-world elements of Cyberpunk 2077? What are their thematic solutions to slapping player’s hand?

As per Cyberpunk 2077‘s tradition, let’s start with a bit of a story.

The World of Cyberpunk 2077 lore book is written from a perspective of a journalist from the Night City Inquirer.
He calls in some favors to get a peculiar lady from Watson to talk about the district. Her cybereyes change color as the two talk, and she eventually asks her interviewer about the district’s particular feature:
“She asks me if I’ve seen the roadblocks on all the bridges that lead from Watson to the rest of the city.”
It perks his interest. He has seen them, but he doesn’t know what purpose they serve.
“That’s because it’s easier to contain the people from Watson within the district than it is to take responsibility for them.” She adds, “The rest of the city has abandoned us.”

Abandonment by government and police is a common motif in Cyberpunk 2077 lore, with many districts and their gangs left to their own devices. This theme has a potential to give Night City a lot of personality and demonstrate the life inside a corporate dystopia.

The Place of Roadblocks in Cyberpunk 2077‘s Setting

(We would like to extend some gratitude to Netrunner2077.net for meticulously transcribing audio recordings into a more accessible text format!)

In the Community Chat that Paweł Sasko (Senior Level Designer) and Miles Tost (Lead Quest Designer) held on the Discord server about a week ago, they addressed this question directly.
Well, as much as they could without spoilers or making misleading headlines (hopefully this is not one of them).

Here’s what we know: “There are scenarios where some parts won’t be accessible due to story elements.” However, developers made sure to make the reasons seem clear to the player. In other words, blocked areas shouldn’t feel off, at least in theory. 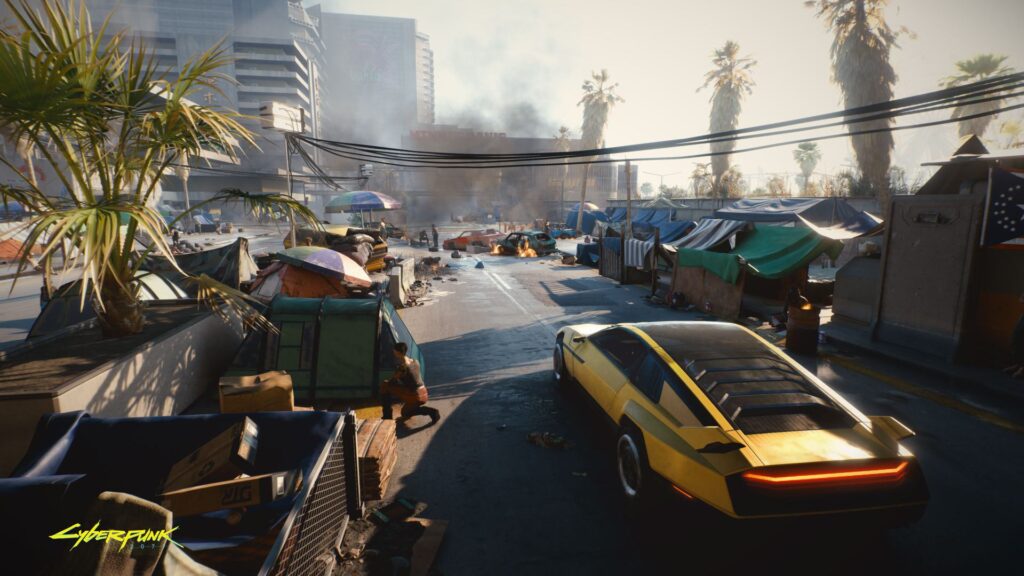 Consider this contextual example: if there is an area in the main quest with a door you can’t enter, the developers will “try to put something extra there.” An example could be a bouncer or, as we discussed earlier, the city trying to contain a bad part of a district.

In regards to inaccessible areas that are necessary to the story flow, the developers have referenced Witcher 3, where invisible boundaries weren’t much of a problem. (Hopefully this means that Cyberpunk 2077 will have a plenty of secret locations, too.)

Here’s an interesting detail: Watson’s roadblocks and similar obstacles could make it harder for a player to get around them on a bike or a vehicle. How about that?

From the Deep Dive Video we know that a fast-moving vehicle is a safer way of getting through areas like Pacifica, infested with gang activity. How exciting would it be to receive the game message that a terrain is difficult to traverse by car, give in, and then be ambushed by Scavs? A “wall” like this could certainly be a fair progress-check on a low-level player trying to enter the area. Clever solution. 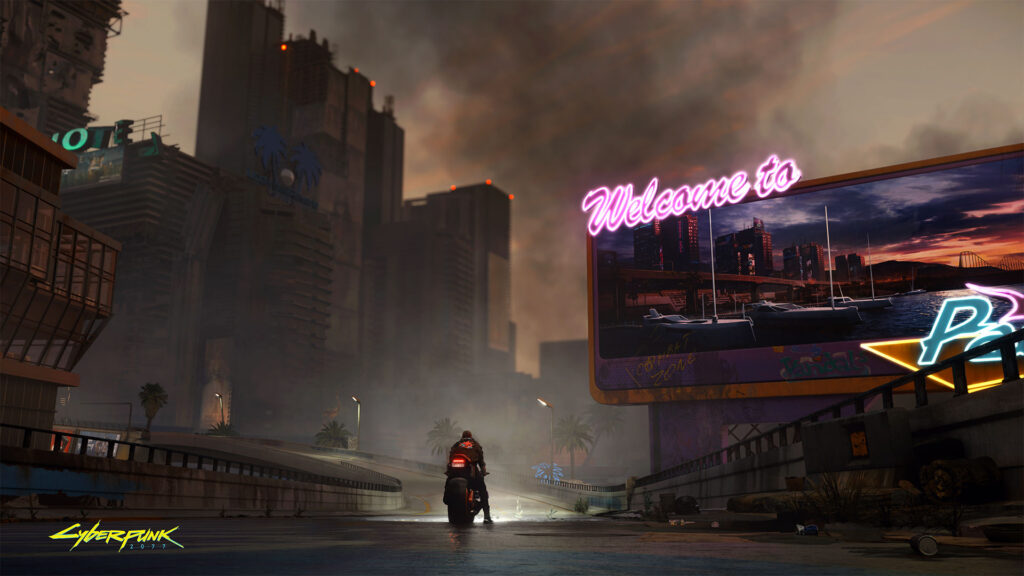 When it comes to in-game roadblocks, developers really try to be careful not to force you off. As with the side quests, CD Projekt Read team really only worries about story-breaking options. Where they can, CDPR is “always trying to give options that feel natural to player.” If you feel like you should be able to do something and it doesn’t break the direction of the story, the developers did their best to include that (to their best ability).

At this point we will just have to trust CDPR to take a good care to develop their game’s proud central mechanic, that of expanded quest and dialogue choices.

Is it important to you to have access to any location in the Night City?
Can invisible walls and blocked doors break your immersion, or do you think they are just a part of any story-heavy experience, especially in an RPG?

Let us know in the comments!