Folks at RocketWerkz are set on improving the endgame experience for the players, even if it means a less “flashy” update. We may not be getting fancy rustic candelabras to hang up above canopy beds this time around, but the feature-focused updates in this week’s patch will certainly impact the orbital experience: that is, the Exotics! The locations of the Exotic Veins is getting randomized, and the equipment to locate and extract them is getting substantially reworked.

Between all the new power requirements and the wildlife attack risks, there is quite a bit to cover! So, let’s jump right in.

If you are one of the players who loved planning their missions around the familiar Exotic Veins, your experience will change quite a bit with this update. Keeping track of the locations you have previously discovered or making use of online resources for locations of Exotics may be of little use now, since all Exotic deposit locations are getting randomized — you will now have to scan the area to find them for each of your drops.

Since this significantly increases the challenge of locating and mining the Exotics, RocketWerkz will be on the lookout for player feedback to adjust things in the future — remember to share your thoughts on the official Discord or Feature Upvote!

So, what does it mean? “Randomized” Exotic deposits? Well, to be more specific, each drop will pick vein locations from a number of set potential locations for the entire map. That does mean a degree of dependency, but the players will have to be much more reliant on Radars if they want to locate Exotics, which now comes with the challenge of providing power and the risk of attracting wildlife.

Speaking of these challenges! Yes, all of the new Radars and Extractors have to be powered (except for the IC-001 Radar) and all Radars have a chance to attract wildlife, but you will still get to choose between simplicity, durability, and lower risk, versus precision and speed.

“Note: Existing Radars and Extractors players have on prospects will still work the way they used to, but upon leaving them behind on your prospect they will be gone forever, so enjoy them while they last.” — From official patch notes.

Tech Tier 3 Radar and Extractor are relatively easy to make and will run on Biofuel, but you will be starting up with lower scanning speed and lower precision for the Radar, and the lower drilling speed for the Extractor. In exchange, you will be faced with less threat of wildlife attacks.

Tech 4 Radar and Extractor are harder to assemble and will require Electricity, and the scanning process will have a 15% higher chance to attract animals. However, you will see a noticeable precision and speed increase, and the Electric Extractor will be as fast as the one you can bring from the Orbit (see the section below).

Finally, there are the Workshop variants of the Radar and the Extractor. The Extractor requires a new fuel type to be powered: the IC-001 Prototype Power Source. (The Radar requires no energy source.) Each single-use cell of the Power Source can only be bought in the Workshop. It the capacity to extract up to 600 Exotics per prospect.

The speed and the precision of the IC-001 Radar are unmatched, but with the 50% chance of an animal ambush scanning for Exotics becomes a flip of a coin. Its convenience could be the selling point, however: this Radar does not require fuel, making it highly portable and easily deployable.

The Extractor does require the IC-001 Prototype Power Source to operate, but you may still find the process significantly more convenient than the planet-crafted options. It’s worthy to note, however, that the Electric Extractor has the same drilling speed as the IC-001 Extractor.

An honorable mention! If you like the convenience of a pre-purchased fuel source but don’t care much for the advanced power of orbital Exotic machinery, there is an interesting option for you: an orbital biofuel can! A single MXC Fuel Canister will cost you 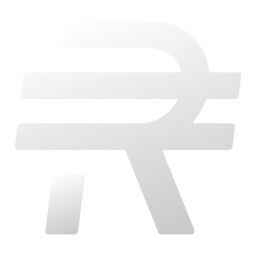 75 to craft, but it will get refilled every time the player returns to orbit. And yes, it comes prefilled to begin with.

If you are an observant player, you might have noticed a logistical problem with the new orbital back-carried equipment and the current loadout UI… indeed, with the old inventory-based system you would not have been able to bring more than one of the back-carried items with you.

So, instead, all of the items you bring from the orbit will now appear in your dropship’s inventory, not your character’s inventory, for you to pick up and deploy as needed. Might make things a little more awkward at first, but you should now be totally free to bring as many Radars and Extractors to the planet as you want!

As always, we will leave you with the full patch notes from the official announcement! You may find an unexpected surprise within. For example, players that love the immersion provided by sound effects may find an improved experience with the bevy of audio upgrades introduced this week (such as river sounds not blocking animal sounds).

Dedicated contributor at EIP Gaming and a part-time collector of books she will never have time to actually read. Jumps on the newest releases just as quickly as on the uncovered dusty collections from the basement. For her, shiny graphics can never be an excuse to not have a polished player experience or an immersive story.
Subscribe
3 Comments
Most Voted
Newest Oldest
Inline Feedbacks
View all comments

How do you use the radar for multiple extraction locations? It keeps showing the site I already mined. There are supposed to be two more and I want to find them without having to run to all of the possible locations…

Thanks for your question! The radar will show a separate yellow arc for each exotics vein. Some of them could be very far away, so these arcs may be very thin and overlapping. If you move a couple kilometers away and scan again with the radar, you should see a shift in the arcs’ angles and thicknesses that might help you match each one with a different vein.

I should ask, however, which mission you are on. Even though there may be several possible locations, there may only be one actual vein. If you only see one arc on your radar, then there is only one exotics vein on that prospect. You can check the mission information on IcarusIntel.com for how many exotics veins are in each mission, as well as the number of possible locations.

Thank you. I was on Ramp Up: Stockpile with 3 veins out of 6 potentials. I had gotten one of the 2 in the River-lands and all of the other potentials were East/Southeast but it still pointed West to the mined one. Ended up being the 2 in the Southern Arctic Biom. New map I am on is Pyramid: Construction with only 1 vein out of 3 potentials. I will give it a try on the next one and see if an overlap might be the issue.