Wilson Black carries the Vermin handgun in his hand and a Spectrum Vodka in another. You can say he is a masterful dual-wielder in that sense. Totally not in another. People are slow to distinguish him from the worst of the marauders, but they quickly begin to notice his wit once he starts talking. Don’t be mistaken, however. The last thing Wilson likes is the presence of humans and their endless drama around him. Or anything living, for that matter. He prefers wasting light ammo on the small bastards that creep up on him and reserves his Tactical Shotgun for those times when he is feeling… particularly playful.

It’s time for some hunting. 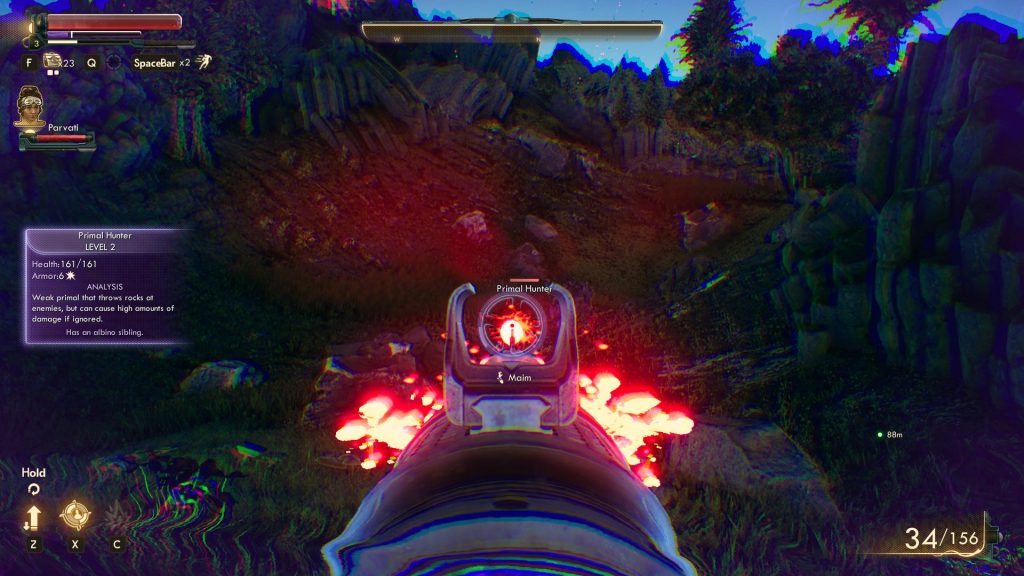 Characteristics of the Build 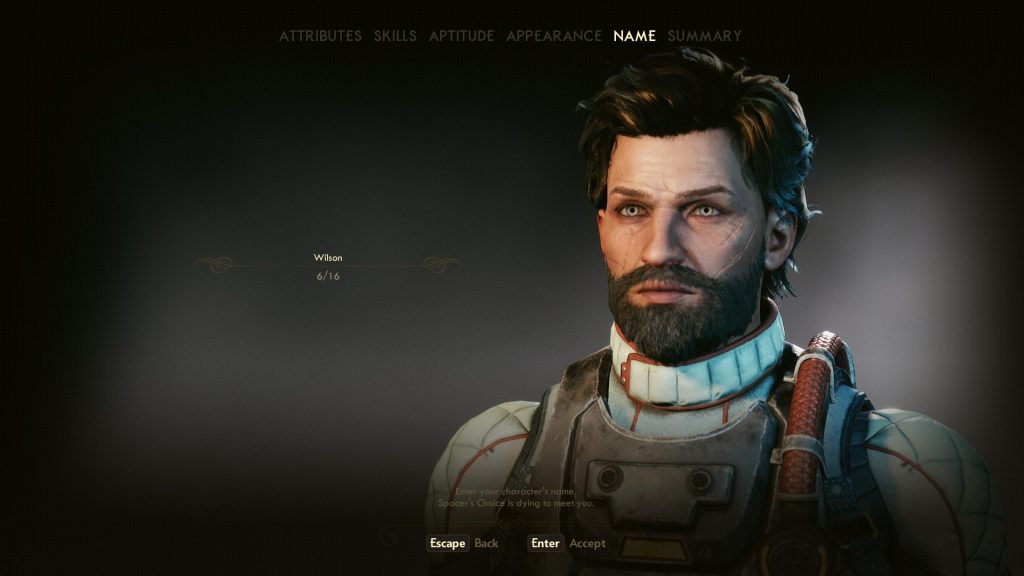 Deadly Gun (Wilson) is a solo ranged sniper DPS character build that sacrifices Strength and Charm to specialize in Dexterity and Perception.
If you want to re-create Wilson’s build, focus on Long Guns, Handguns, Sneak, and Lockpick, instead of Leadership and Melee.

This guide serves as a suggestion that targets a specific style of gameplay. Feel free to make as many changes to it as needed to suit your personal style!

Deadly Gun can be heavily customized. If you want, you can adapt several skill areas to switch between Long Guns (Shotguns in particular) and Heavy Weapons with a Dodge skill, but otherwise he plays best as a stealthy Long Gun sniper with Handgun options for ammo resource control.

Strengths of this Build:

Weaknesses of this Build: 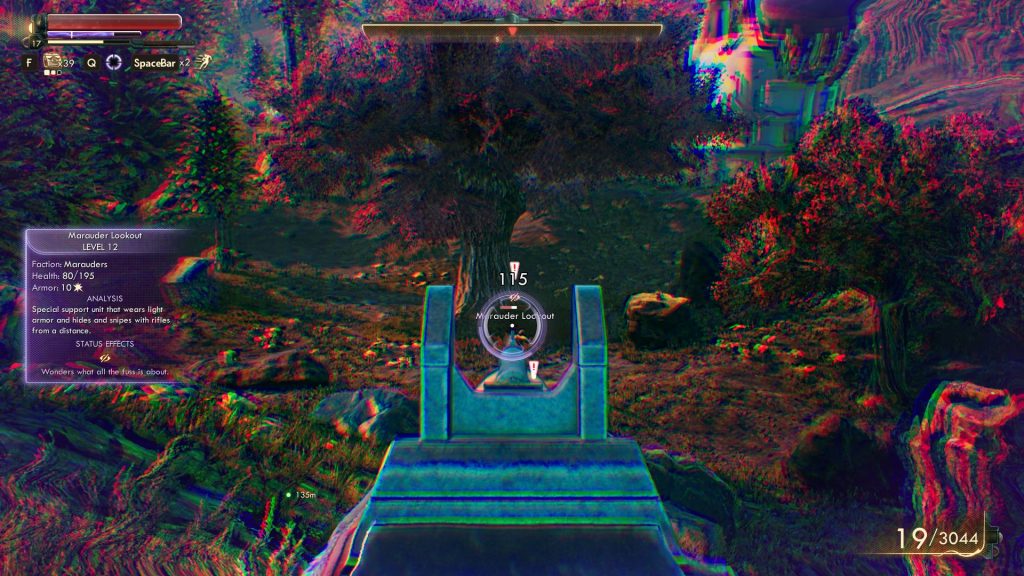 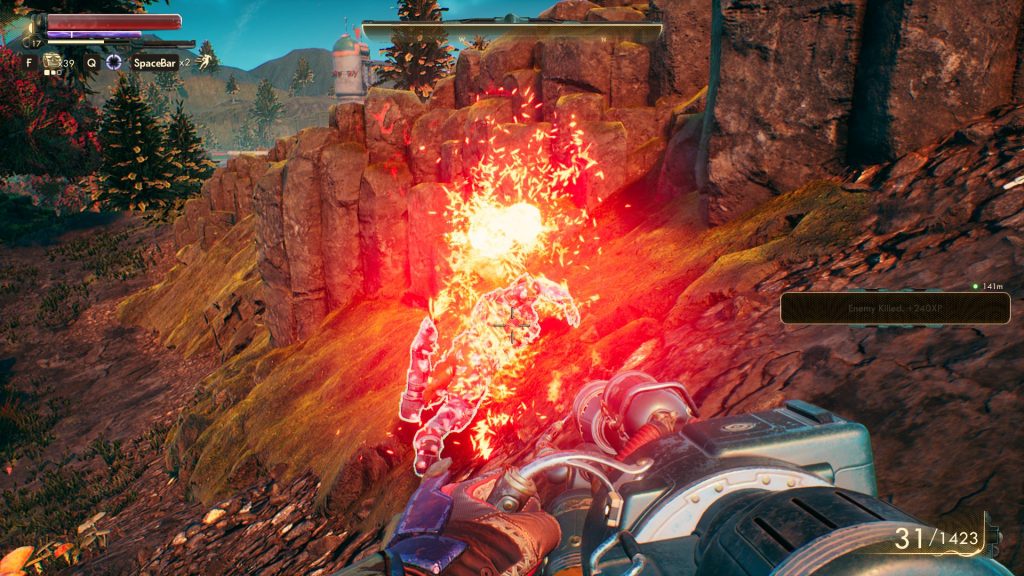 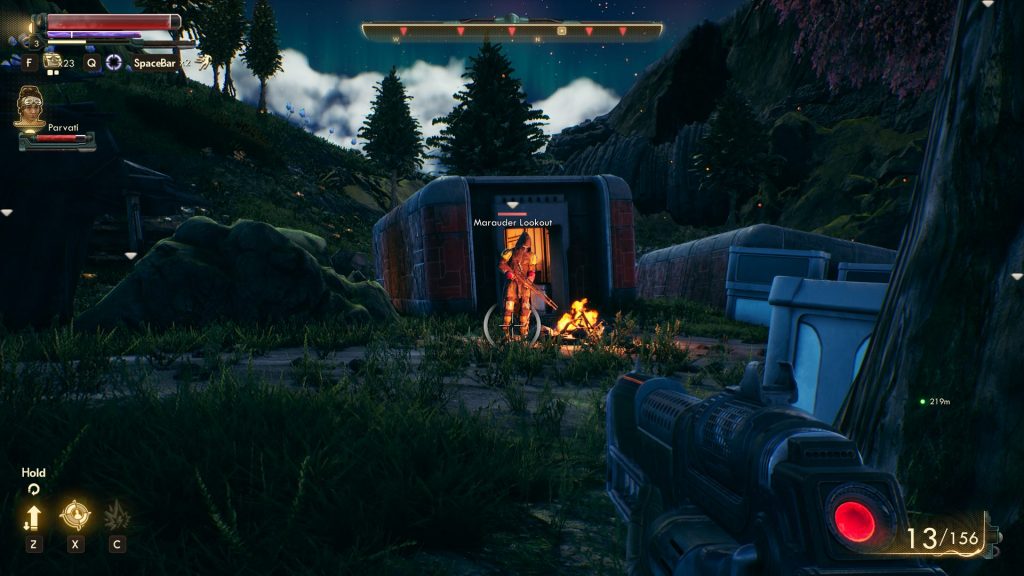 We suggest that you travel solo in The Outer Worlds.

Wilson’s charm and low Leadership and Dialog investment priority will do little to make your Companions very effective in the field. You could technically bring a Nyoka and Felix with you to Sneak around and deal additional damage to humans you disable with the Persuade skill (should you invest into Felix’s perk), but you might as well commit to solo playstyle and take solid increases to your sneaking and damage instead.

Solo playthrough with Wilson is a unique experience in itself.

Carry a Handgun and a few Long Guns to target low-level and higher-level enemies. Dead-Eye Assault Rifle II, Assault Rifle Ultra, and Dead-Eye Assault Rifle are all good options to work towards the end for one-shot kill combos on long distances. Shotguns like Tactical Shotgun II will be a good option for a closer range along with higher-end Handguns, but will perform less effectively against heavily armored targets. You can have a Heavy Weapon for a close-range AoE, should you get ambushed.

If you go along with Wilson’s build, snipe targets at long distance with a variety of Rifles early on and work towards Assault Rifles later on.

You should be okay with Light Armor, should you commit to a sneaky sniper build. Wear Medium or even Heavy (make sure you don’t take Sneak penalty) if your game difficulty is making it hard to absorb damage.