Balance Due – The Outer Worlds


Balance Due is a short quest which will launch the Halcyon Questline. You will be working against Phineas’s efforts if you choose to pursue this path, completing tasks for Sophia Akande, an adjutant to Byzantium’s Chairman. This quest precedes The Puppet Masters.

You can pick this quest up as soon as you land on Groundbreaker, but you will need to acquire 8,000 bits to recover Udom’s Official Seal of Halcyon Holding Board.

1. You can acquire the Balance Due quest as a part of the Passage to Anywhere, if you tell Udom that you know Phineas’s location. Head to the upper Promenade deck if you haven’t already, and talk to Udom about Alex. Udom will release your ship, but he can’t do much else: he pawned off his Official Board Seal to Gladys when he urgently needed money. He can’t authorize the needed paperwork to turn Phineas in without it. This will start the Balance Due quest. 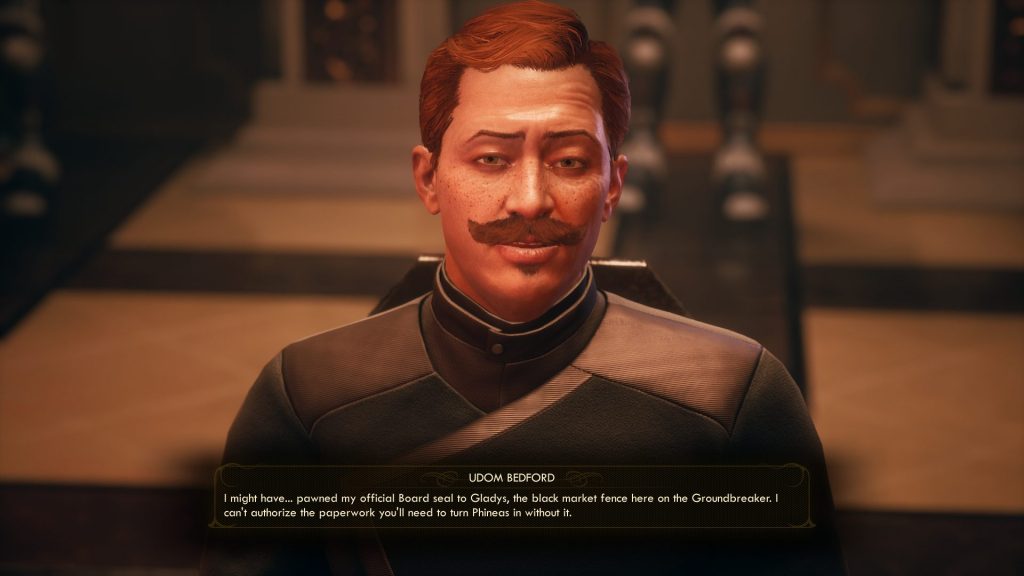 2. To acquire the Official Seal of Halcyon Holding Board, go and talk to Gladys at Rest-N-Go. She will ask about what you intend to do with it, but it doesn’t matter whether you tell her that you aim for charity or for Byzantium. She’ll offer to sell it to you for a whopping 8,000 bits, which is only a little bit cheaper than the NavKey (but you might not need to purchase both: read ahead!). 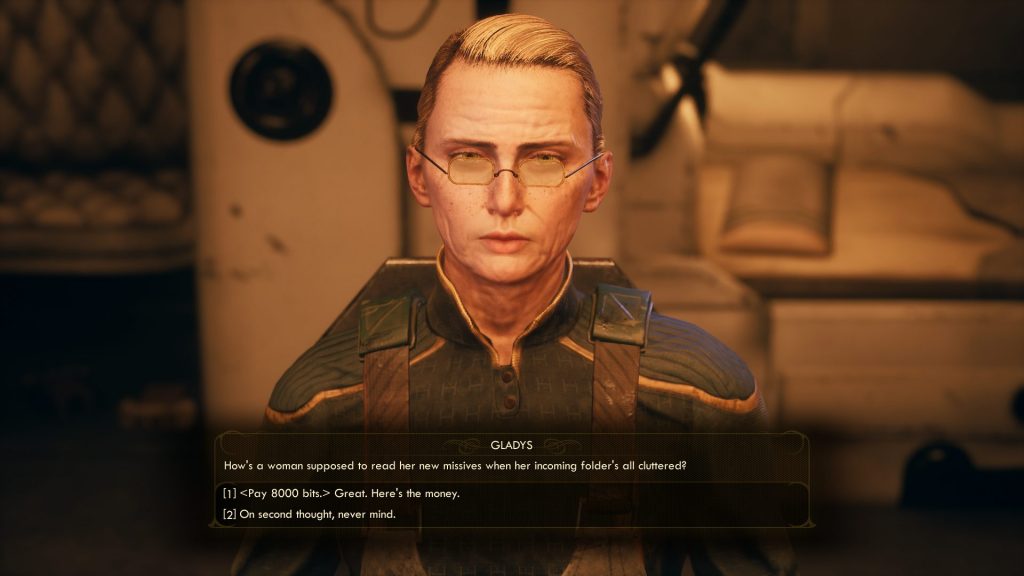 1. The rest of this quest just requires you to scrape up the 8,000 bits necessary to purchase the Official Seal of Halcyon Holding Board. This makes it a great idea to complete the sidequests in Roseway during Passage to Anywhere, as a part of The Distress Signal quest, and either return the research to their rightful owners or to Gladys.

2. If you explore Roseway thoroughly and sell your loot persistently, you should have more than enough for both the Seal and the NavKey, but here is the thing: if you have decided to ally with Halcyon, you won’t need the NavKey from Gladys. You can get it from completing the quests for Sophia instead. Still, if you want to get both the Seal and the Navkey (if you still plan on helping Phineas in the end, or if you want to jump into the SubLight quest right away) and you don’t have enough bits left after Roseway, try completing Who Goes There?, the bounty quest for Captain Gunnar MacRedd in the Back Bays. Remember to collect and sell valuable loot. 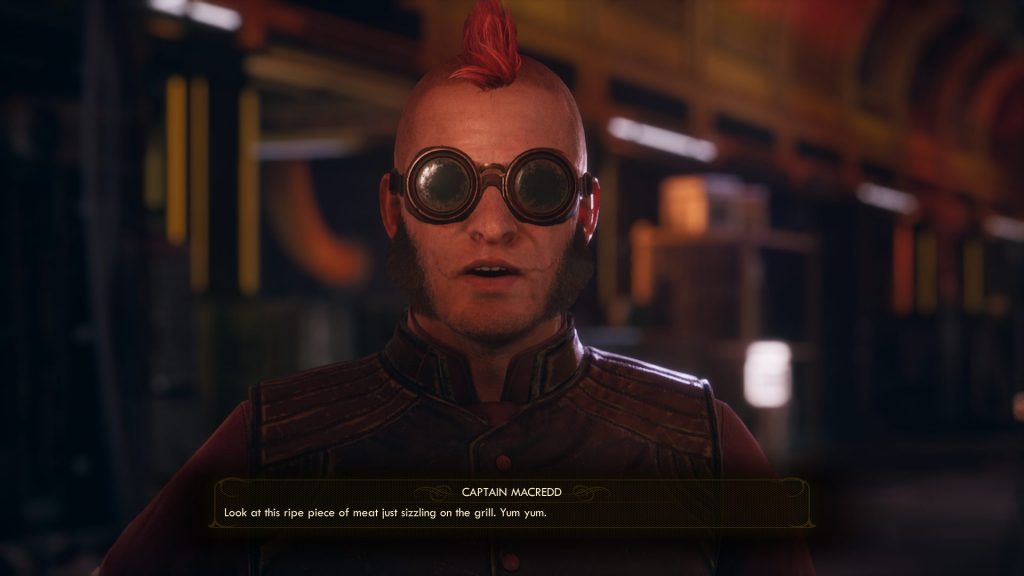 2. Once you have 8,000 bits, return to Gladys and purchase the Official Seal of Halcyon Holding Board. You obviously aren’t obliged to give the seal back to Udom, if you don’t want to deal with Byzantium.
3. When you are ready, return to Udom to complete the Balance Due. Udom will grant you a passage to Byzantium and direct you to Sophia Akande. This will then start the next quest, The Puppet Masters. 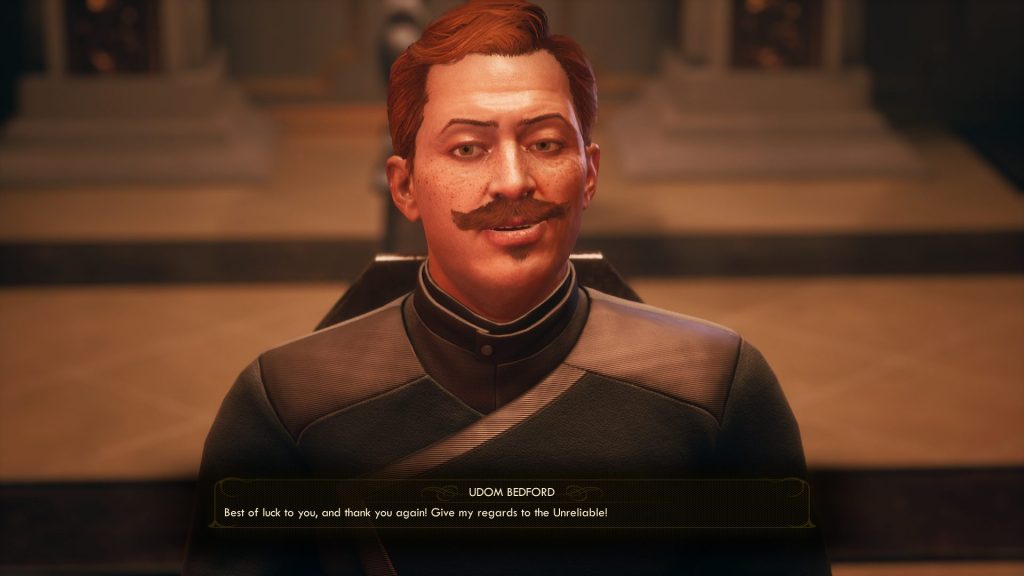