Long Distance is a fourth main storyline quest for alliance with the Board (as opposed to Phineas), which you will need to complete if you are aiming for the Board ending. On the other hand, this might be the first quest for you in the sequence, if you took interest in Halcyon following The City and the Stars (from Phineas’s questline) as opposed to helping Udom on the Groundbreaker. The goal of this quest is to reveal the location of Phineas’s Lab (or send a corrupted signal) and determine what course of action comes next. There are a few different endings to this quest depending on how you got here and it’s also a critical turning point that can permanently turn the Board against you if you refuse Sophia Akande’s request.

1. After starting Long Distance following The Demolished Woman or The City and the Stars, you’ll need to give Phineas’s location to the Board. 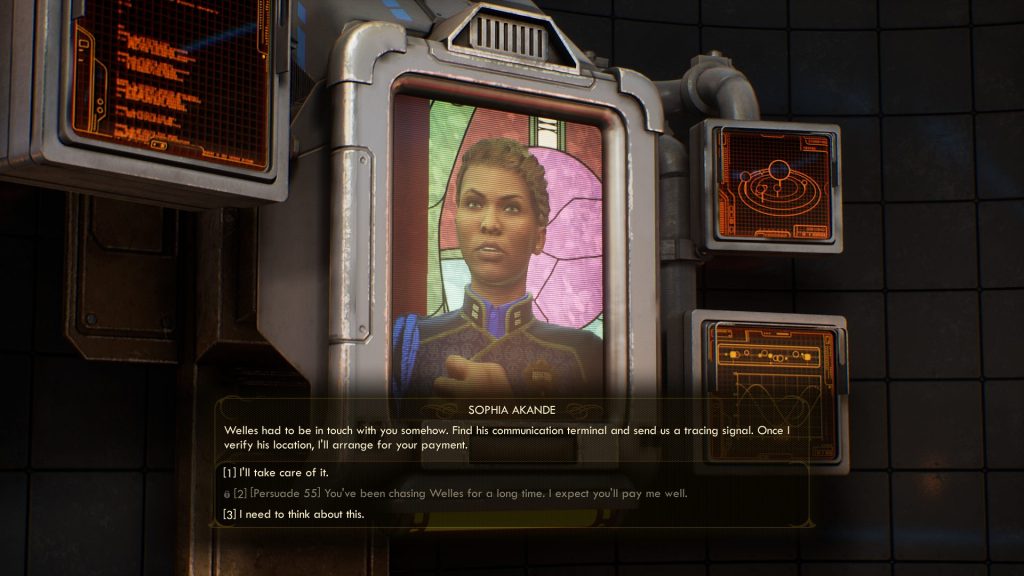 2. This is fairly easy to do and only requires you to enter Phineas’ lab. At this point, you have a choice between sending the signal, or warning Phineas about it first. If you speak to Phineas, he’ll ask you to send out a corrupted signal instead. Whether you do or not will not change the outcome or your final allegiance to either of the factions. 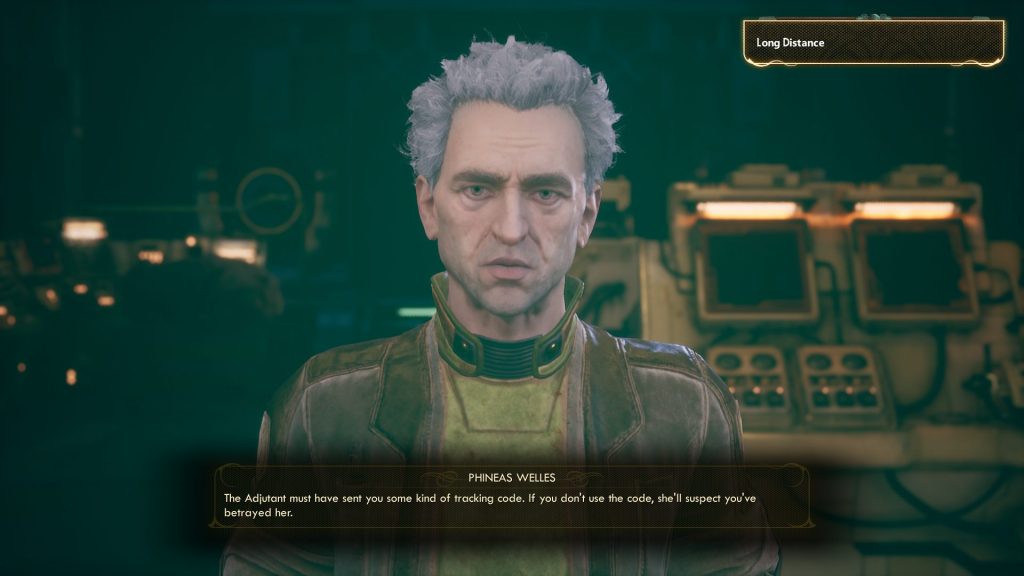 3. Head to Phineas’s terminal inside his lab and send out either signal to transmit his location. 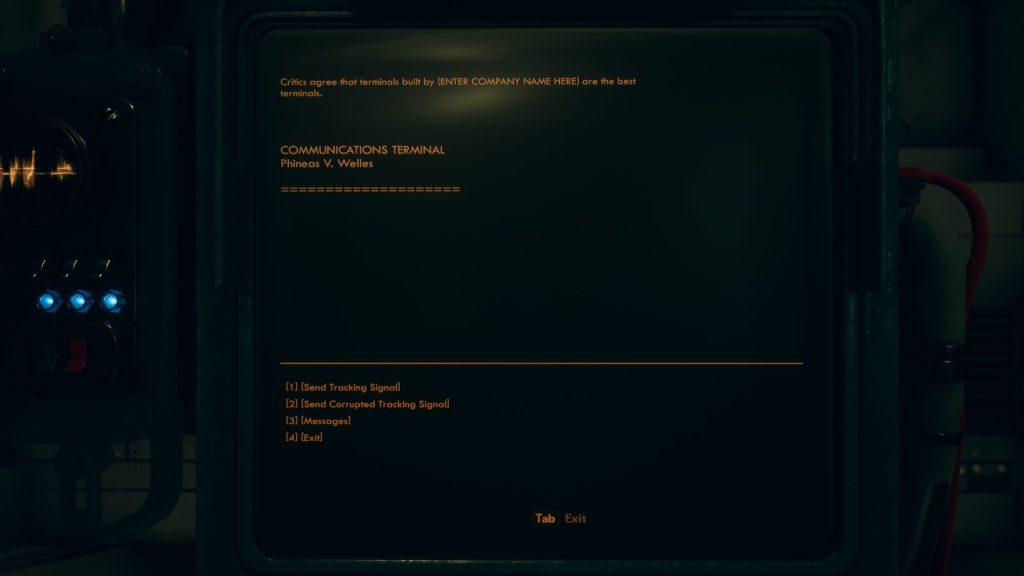 4. Now leave and return to your ship. You’ll need to talk to ADA and communicate with Sophia Akande, who will tell you to return to Byzantium, to talk to you “about the future of this colony,” this time face-to-face. 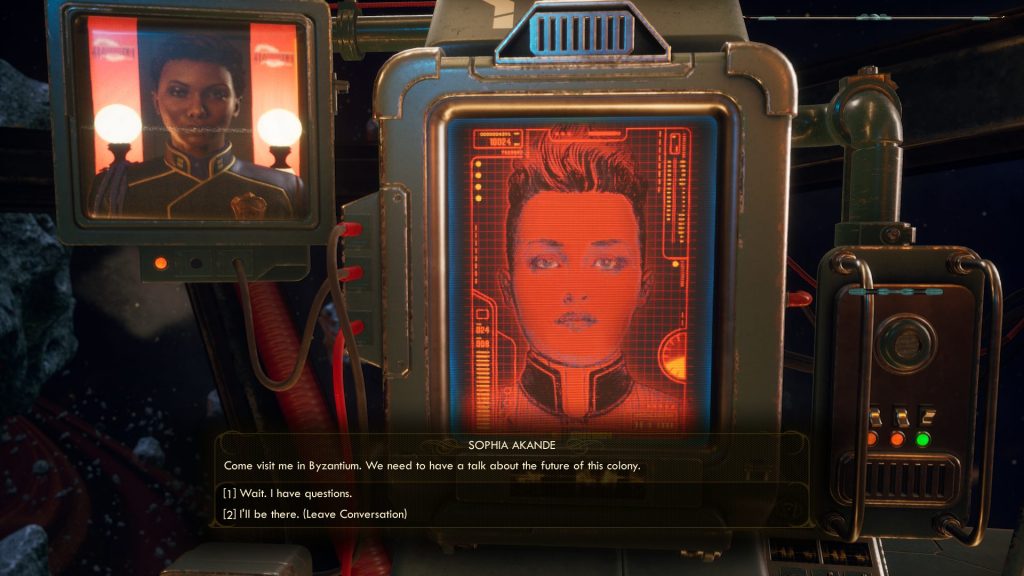 1. Navigate to Adjutant Akande’s Landing Pad and head through the western doors to enter the main HHC building. After talking with Guard Esparza (or not, if you already helped Sophia out with some business), continue west through the building and past the guards until you can head to an elevator to the south. 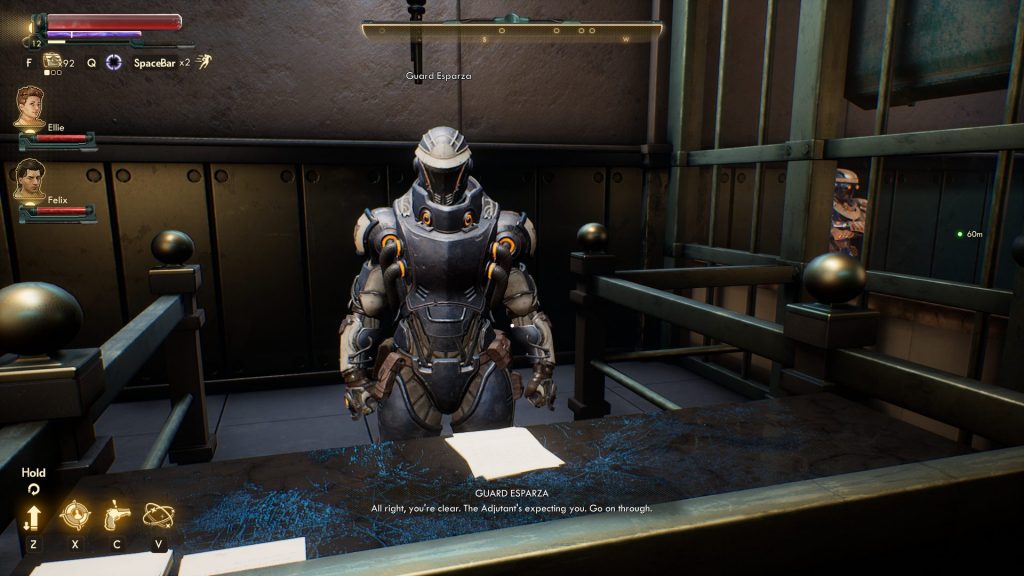 2. Ride the elevator up to the third floor where Percival Platt is. Now you can go through the doors to your east to speak directly with Sophia Akande. 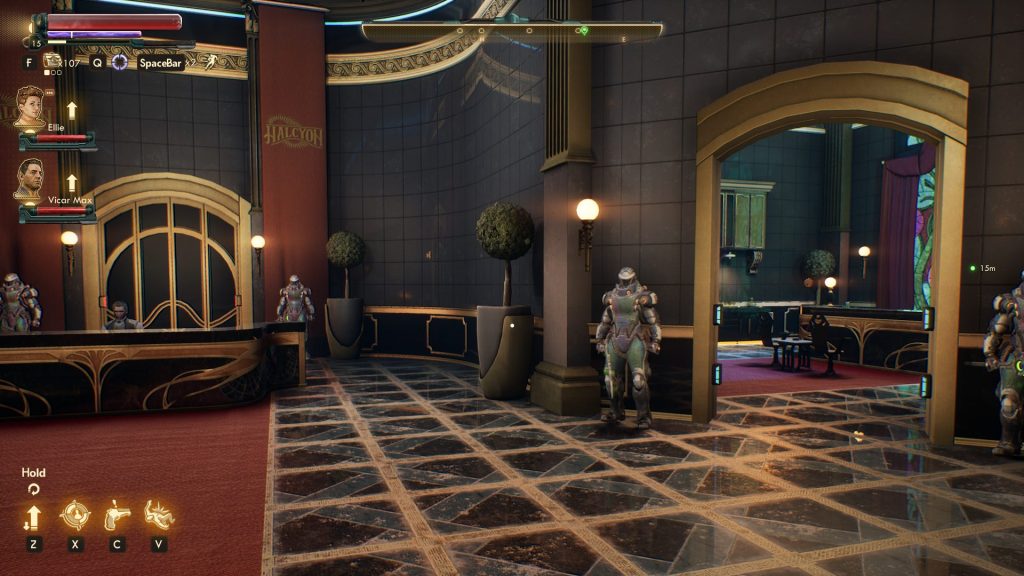 3. Depending on what quests you’ve done and the decisions you’ve made leading up to this point, the conversation you have with Sophia will differ. She’ll either commend your efforts at Edgewater, tell you to destroy it, or will send you to Monarch to mute some radio broadcasts. 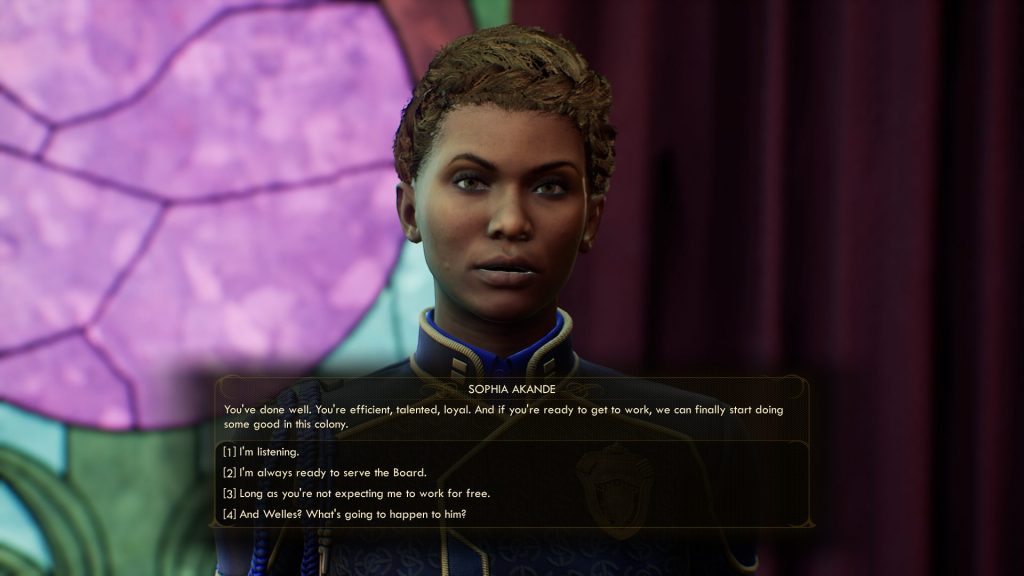 4. Depending on how the conversation went, you’ll either speak with Percival Platt outside to finish up Long Distance and start Signal Point in Space (if starting directly from The Demolish Woman), or you’ll finish directly with Sophia and acquire Foundation (if you need to destroy Edgewater) or Kept Secret But Not Forgotten (if she commends your efforts). 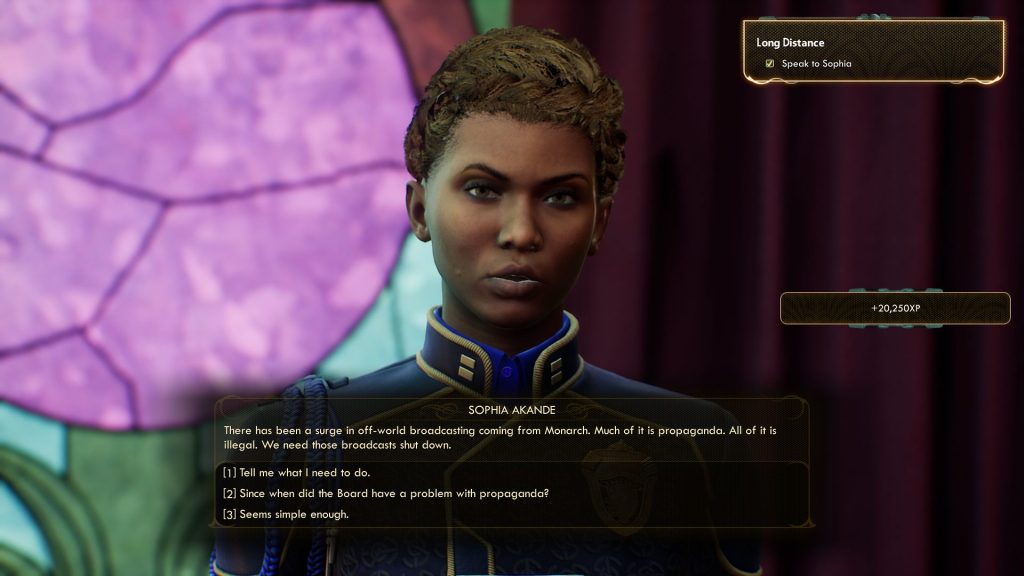 5. The only thing to be aware of here is refusing to destroy Edgewater will make everyone in the building hostile and will permanently void the Board questline (this is the only permanent choice you can make in regard to allegiances as a part of this particular quest).