The Outer Worlds for Nintendo Switch: Is It Worth Buying after the Patch?

For those of you who don’t know everything that’s going on with The Outer Worlds port for Nintendo Switch, we can catch you up!

Many fans already had their pre-orders in when the first reviews and game footage of the Nintendo Switch port were posted by those who got an early copy.

The Outer Worlds is now available on Nintendo Switch pic.twitter.com/nsm5Yi3Wlv

The first impressions were not great.

The infamous Digital Foundry footage of the port demonstrated many environmental objects missing, items in the distance clipping in as the loaded, awful textures, and the FPS rate dropping to heavily unsatisfying levels for a first-person shooter game. The further you progressed into the game, the worse these issues seemed to become. Disillusioned players expressed concerns that the developers were afraid to lose their customer base and rushed the release after doing only the minimal work to make it run smoothly.

It’s understandable that expectations were high after the highly-regarded Obsidian took two extra months to make things right for their fans. The “Day 1” patch was supposed to address the issues that destroyed the port’s quality. Yet, even as the day of the official release draws to a close, the posted reviews point out many significant flaws in the look, performance, and feel of the game on the Switch.

Is The Outer Worlds for Nintendo Switch Worth the Price?

So, with that in mind, let’s talk about The Outer Worlds port for Nintendo Switch for what it is: a port of a game with higher-end graphics onto a portable console.

What happens when you port a title like Skyrim, Witcher 3, Bioshock, or Borderlands onto Nintendo Switch? Those who love to play their favorite titles on the handheld are familiar that many sacrifices in textures, graphic effects, and the resolution have to be made in order for these games to run on Switch. Do you want to mainly play this kind of a game in a docked mode, on your TV? In most cases it will not be worth paying the premium price for it, compared to the graphically enhanced and mechanically smoother big-screen experience you would have on PC or Xbox. 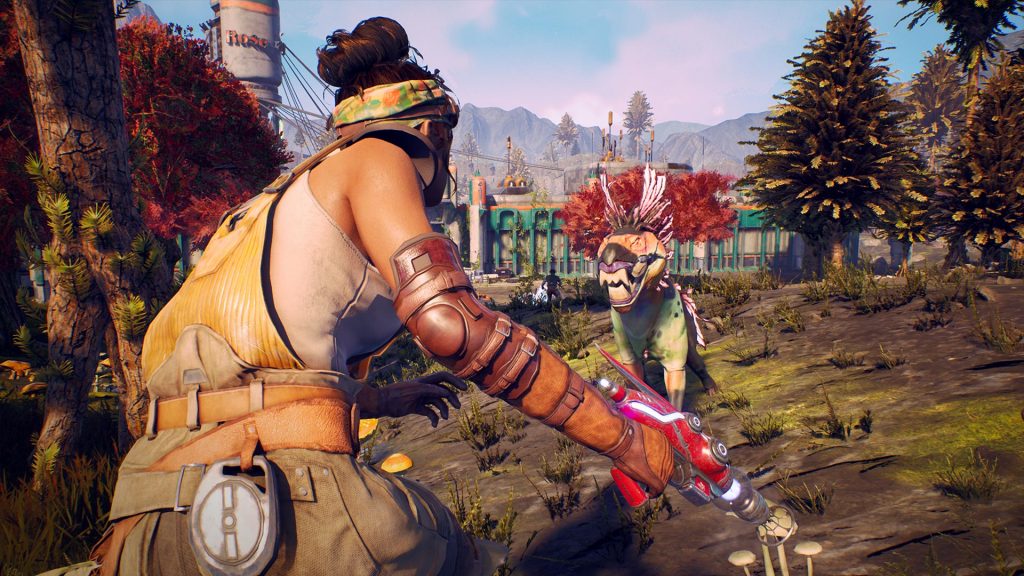 When you purchase a Nintendo Switch port the assumption is, you do so for the game’s portability and thus the convenience of playing it whenever and wherever you want. Your favorite titles will look much better in the handheld mode rather than on the TV screen, and The Outer Worlds, in its patched state, matches that expectation.

So, it’s understandable that Obsidian developers had to sacrifice the attractive graphical effects and the texture resolution in order for the game to output a comfortable frame rate. In that regard, the game is compatible with the Nintendo Switch, which is no small feat. The port further features the HD Rumble feature, gyro-aiming, and additional compatibility settings (font size, for example).

With that being said, the Switch port is not fully optimized in its current state. Yes, some major improvements were made compared to the footage we saw from the Digital Foundry, but the port still struggles to process certain areas of the game, dropping in FPS, showing significant blur in the background, and still having elements jarringly pop into existence. These problems are most noticeable during fights, where the FPS significantly affects the first-person combat experience. Unfortunately, these issues also apply when navigating the game’s formerly beautiful open-world locations, especially in terms of quality of rendering. Furthermore, these effects get noticeably worse in the docked mode.

While The Outer Worlds can still offer an exciting RPG experience with dynamic characters, engaging dialog, polished quests and story, you might not enjoy it in its full capacity when the Switch’s performance issues take away from other major parts of the game. The port isn’t unplayable, but it’s not perfect either.

Perhaps these little hiccups aren’t a big deal for you when it comes to playing an otherwise wonderfully engaging sci-fi RPG game on a portable console. Many players have expressed a lot of satisfaction with how The Outer Worlds plays on Nintendo Switch (some playing it for the first time) and several newer reviews proposed that the port is pretty good when it is played in the handheld mode.

So, what is our suggestion? Well, the Nintendo Switch port just released today, so we don’t really know what the developers will do about the performance issues, especially since they still continue focusing their work on the long-awaited The Outer Worlds DLC. If you think that $60 is too much for a game intended to be played on a small screen, you can wait to see if the developers improve the port’s responsiveness in upcoming patches before making a final decision. 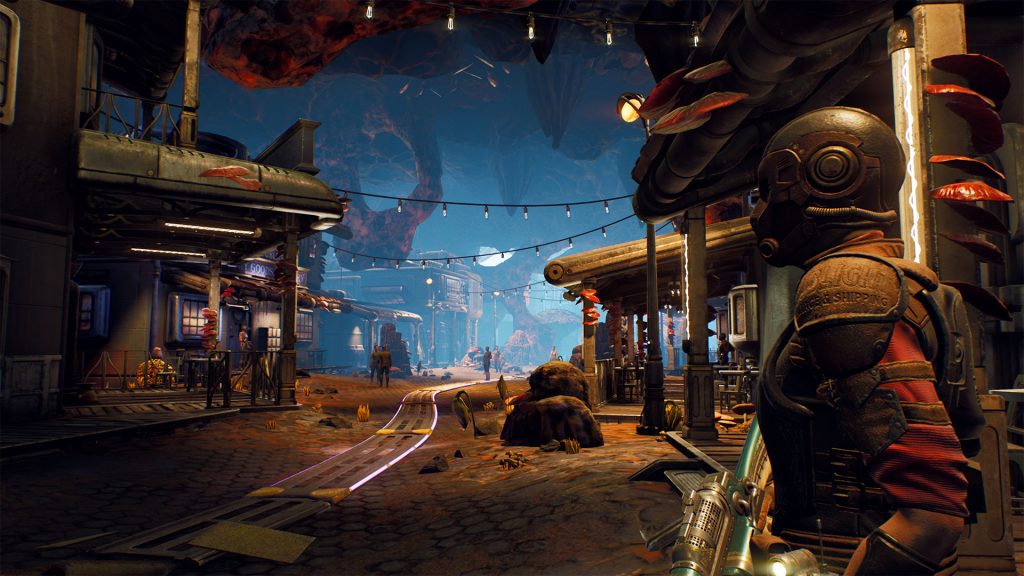 Alternatively, if the news got you interested in experiencing the game, other platforms remain a very viable option with plenty of positive reviews to back your investment. Even as the fans argue over the state of the Switch port and wait for the DLC, The Outer Worlds remains the game that caught hearts of old fans of Fallout franchise and general RPG players alike.