What I Want to See in Fallout 5

As the dust settles on the nuclear wasteland epic that is Fallout 4 I turn my attention to the game that is bound to follow, Fallout 5.  There are no dates yet of course, it’s way too early for that but I would be very surprised if the Fallout franchise ends with Fallout 4. Anyway, just as Fallout 4 introduced plenty of new things, Fallout 5 will no doubt do the same. Although it’s important to remember that there are things in FO4 that can be even better in 5 if they just tweak things a bit.

So what would Bethesda Softworks need to do to make Fallout 5 even better than Fallout 4 was?

Building settlements was the biggest new thing to be added to Fallout 4, and although I really loved that part of the game there were still things that could be improved upon. Getting the perfect placement for some items was a nightmare (I’m looking at you border junk walls). Settlements couldn’t defend themselves without you being there. The AI could sometimes leave all your settlers standing round doing nothing. All of the bits were there, it’s just that it needed to be brought together better. A lot of people never bothered to make any settlements because it was too much of a pain, and for such a large part of the game, that’s a shame. 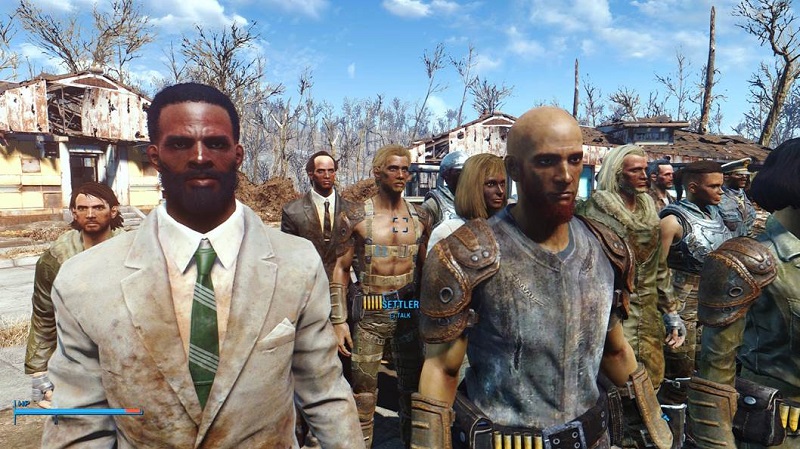 Settlers were, in the most part pretty useless. Sure, when you were there they could just about figure out which end of a rifle to hold, and scavenge 2 bits of wood every 6 years, but it wasn’t really worth you keeping them around, if you didn’t need them to farm food. Fallout 5 should look at making settlers useful. Maybe one could accompany you and you train them as you clear our nests and hideouts. Maybe, send them out to gather specific supplies. Have them work without you actually having to be there. Make them seem responsive, and alive. That’s all.

Fallout 4 had four endings that were all dependent on which faction you sided with. I would have preferred endings with a little more variation, based on things you’ve done throughout the game. Sure, factions should play a part in that but not everything. I think that for every quest you do, the game keeps track of tiny little scores such as democracy, tech, hope, power, money, love. Each quest will increased one or more of those values. When you reach the end of the game, it takes a look at the factions plus the top two highest category values and your ending would be based on those. Now you have many endings to the story that depend on factions and your characters activities. Although this approach does make things tricky for any post-ending DLC.

Fallout 4 didn’t really have great moral choices. From the get go you’re already placed as the lone hero desperately fighting against a new world to rescue his or her son. I’d like every (or at least most) quests to have a good spectrum of outcomes, good, neutral or evil at least. Allow the player to create and play as a character they want to play as, from a kind-hearted family man to a psychotic  power-hungry dictator. Allow shades of grey, dammit. Although not the book there’s no place for that in the nuclear wasteland. 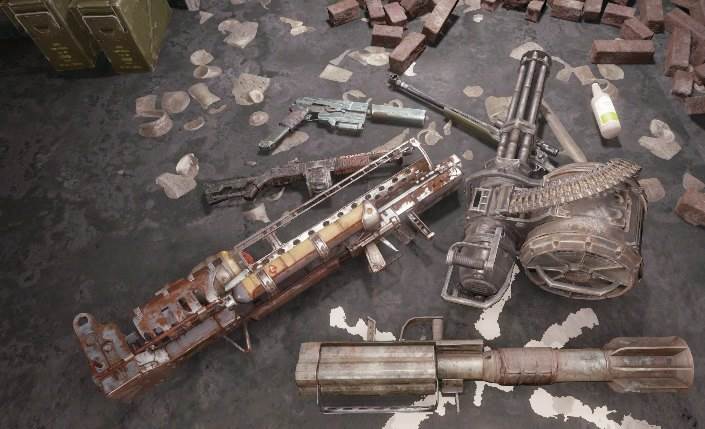 Although Fallout 4 has a great deal of customisation, it doesn’t go far enough. I’d like, with a suitably high gun-nut / blacksmithing and science skill, to be able to highly customize or even create my own weapons. Sure you can decide which hilt, barrel and so on to use but I want to create laser-shotguns, and hand-held junkjets. I want to be able to attach a skull to my helmet, and paint my leg armour yellow. In short, I want full control over how my weapons and armour works and looks.

I’m looking at you Garvey, but not just at you. Radiant quests should be a way to back-fill your mission/quest log. They shouldn’t push their way to the front and force you to go on mission after mission. You shouldn’t get to the point where you have to add a mod to stop the radiant quests or force you to not speak to a companion just in case he asks you to rescue another settlement. So, please Bethesda, for Fallout 5 take a look at how the radiant quests work and just try to iron out some of the wrinkles for next time. Plus, why not introduce more types of radiant quests such as protecting a caravan or going on a junk runs. Maybe even a radiant quest to build certain items and/or weapons on request.

This is my short list of things I’d like to see changed for Fallout 5, it’s not an inclusive list. I’d like a few surprises as well of course. I want Fallout 5 to be spectacular, as we all do. Now we just have that trifling little detail of finding out when, or indeed if it is to be released.

Jim Franklin is a freelance writer, living in Derby UK with his wife and his player 3. When time allows he likes nothing more than losing himself in a multi-hour gaming session. He likes most games and will play anything but prefers MMO's, and sandbox RPG's.
Subscribe
7 Comments
Most Voted
Newest Oldest
Inline Feedbacks
View all comments

I agree about the settlements the building part (weird object-snapping aside) I do like. But yeah the settlers are completely useless once they’ve arrived. They stop having any hopes or wishes, except when they’re being attacked by something close (Close being the entire distance of the map away)

Plus, when they’re complaining about a few raiders but you have such solid and deathly defense that an army of Deathclaws would be reduced to shreds by your turrets, doesn’t seem right.

Thankfully, the DLC and the fantastic host of mods like Sim Settlements fill in most of the gaps.

I love the idea of a variety of endings. Maybe instead of the knockout version of the ending the reputation system should be implemented. Maybe having raiders as a playable faction as well, so you can get combinations of endings.

I guess, we’ll just have to wait and see what is in store in Fallout 5 if and when it’s released.

Bring back karma, more meaningful choices and less-watered down RPG elements, so we can create more unique characters and mini-stories. For me, one of the key problems with Fallout 4 was that because of the overly dominating central narrative and the fact my character was voice acted, the protagonist is too clearly defined. As such, FNV is still my favourite of Bethesda’s Fallout titles.

And much better combat, which has always been a weak point in Bethesda’s take on the series.

Yeah, the story forced you into a role whether you wanted it or not. You had to try and save your son, and as such were automatically the good guy. I don;t have a problem with the combat but that doesn’t mean it couldn’t be smoothed off a little.

Yeah it always rankled that despite my *cough* *cough* “moral ambiguity”, my character always came across as such a wholesome hero-type who wanted to help everyone out.

I tend to play that way first time through anyway (It’s usually easier if everyone likes you) but second time I like to play a complete asshole.

Yeah I went a bit mad with that perk that lets you kill people instantly if they’re sleeping. The worst thing is, nobody seemed to react to all the dead bodies I left in towns and bases.

There’s a guy on the Bethesda forums that has a massive rant about this whole “things I’d like to see.” One thing he mentioned is the idea that a) the map is too small and b) the map is over-populated. I agree with both those points. I’d add to that (among many things) is the respawn mechanism.

The final straw for me was the factory where the Forged had set up shop. I did the sword quest for Abraham and cleared out the Forged. 24 game hours later, I received the quest that the Chinese sub commander sends you on. Went back to the factory and y’all, every single one of the forged had been replaced, including the boss in power armor (this time by a generic no-name)!

Are you freakin’ kidding me!? What, is this some kind of Manhattan condo with a waiting list years long to get into? One of the best mods ever: no respawns. Personally, I’d like to see populations concentrated in certain areas, like in and around Diamond City, but very few in more isolated areas.

I’d also like to see fewer settlements. That is to say, I’d love to be able to pick a defendable place (like the Forged factory) and turn that into a settlement. Another thing: I’d like to be able to scrap every piece of legitimate scrap in the entire wasteland, especially, but not limited to settlements. The settlements concept is great; the settlers are virtually useless and will only a) complain and b) harvest crops or man stores if you tell them to. Settlement Sims is a great mod that fixes a lot of that, but on xbone, takes up a lot of real estate out of that 2 gig limit.

Another thing, then I’ll shut up: my PC is a lawyer; she should be able to talk her way into and out of a lot of things, including an ending of the game that puts the Minutemen under the Brotherhood as a reserve component (and a feeder into Brotherhood ranks), and the Institute partnered with the Brotherhood toward the good of the Commonwealth and the rest of the country (efficient food growth, for instance), but with an end to the creation of synths.

Personally, I’d give the Railroad a choice to get with the program, leave the Commonwealth, or perish. I’m a lawyer, I should be able to pull that off, don’t you think? Even if I’m not; if I’m playing as Nick, I should still be able to build up my powers of persuasion by that point in the game. There’s a lot more I’d like to see, but those are the main points. Thanks for reading.