Fallout 4 Jewel of the Commonwealth Guide


This quest is unlocked during the final moments of the quest When Freedom Calls. Once finished fighting the raiders and deathclaw in Concord, you will return to the Museum of Freedom. Talk to both Mama Murphy and Preston Garvey, and they will send you to Diamond City. It’s best if you head directly to Diamond City. At this stage in the game you are at your weakest, and are more prone to dying. Make sure to stay clear of anything other than groups of raiders, ghouls, molerats, and bloatflies. Also make sure you take Dogmeat with you, he will help you in a fight. Getting to Diamond City is pretty simple and straightforward. Make sure that the quest is active, and follow the marker. You should be heading south-east.

The picture on the left side shows Concord, and where you currently are. The picture on the right shows the exact location of Diamond City. As you can see, it is a decent walk South. Follow the main road South/South-East. When you get to the main bridges, you know you are close.

Once you get close to Diamond City, there will be raiders on the outskirts, so be wary. Diamond City is surrounded by neutral guards, so if you feel like you are outgunned or about to die, dash the rest of the way there. The guards will help you in a fight.

Once inside the perimeter of Diamond City, you’ll meet Piper outside the gate (she is also another possible companion, but more on that later). She’s a young reporter who’s access to the city has been blocked. Getting her inside is easy, simply follow her bluff to fool the guards.

Head straight and you will reach the Diamond City market. Take a left at the market and continue and you will find Valentine’s location. 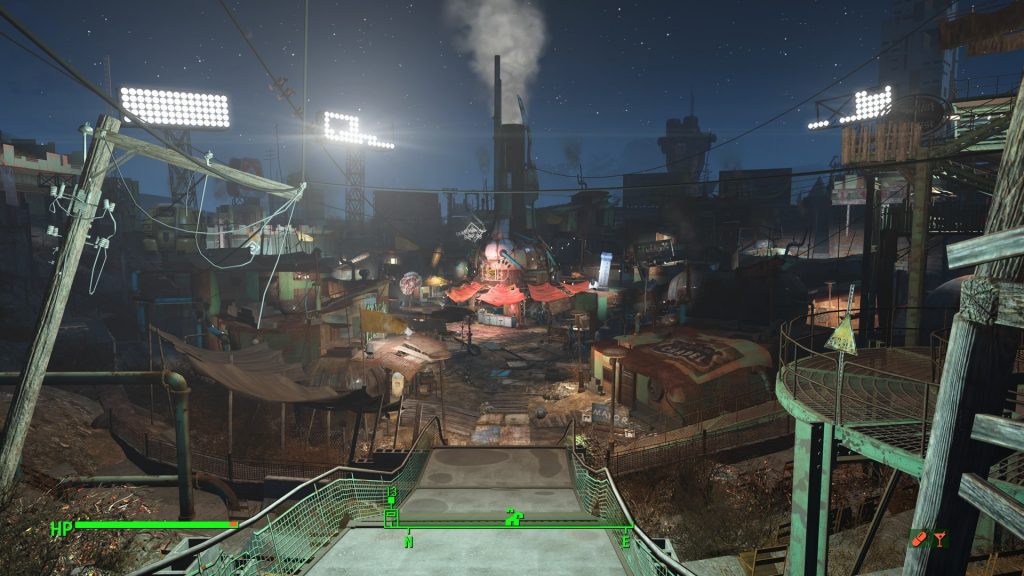 Once inside Diamond City, there are a few ways to find out where Nick Valentine is. The first one is to pass a charisma check with the mayor McDonough. Successfully passing this check will immediately give you the location of Nick Valentine. Also, be sure to take Piper up on her offer  and stop by her place later on. She will initiate the quest “Story of the Century”, which will lead her to becoming a companion once completed.

If you do not successfully pass the check, you will have to either explore the city until you find where he is, or an NPC will tell you his location. Before visiting Nick, it’s a good idea to head to the small but useful Diamond City Market. Just keep heading straight from the entrance of Diamond City and you will see a handful of vendors selling food, weapons, ammo, junk, and much more. It’s worth staying here a minute because you will pick up a handful of quests from just listening to the NPCs in the area. These quests include investigate the Museum of Witchcraft, see Abbott at the wall, give Sheffield a Nuka Cola, and explore the Combat Zone.

Once you’re done picking up useful supplies and gathering new quests, orient yourself so you are facing the store Commonwealth Weaponry. Take a left, and proceed forward until you reach the schoolhouse. At the schoolhouse building turn right. You will see the sign for Nick Valentine’s detective agency. Follow the alley and step inside the building. 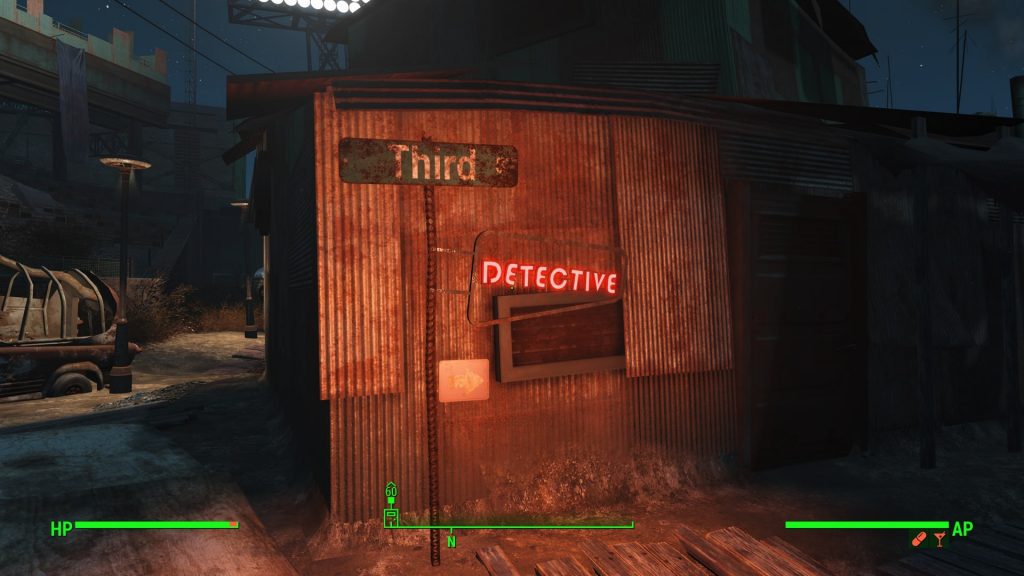 Once you see this, take a right. You’ll be at Valentine’s soon.

Once inside, speak to Ellie Perkins, who is sorting files. If possible, be sure to use the “its important” persuasion option. It will be revealed Nick Valentine has gone missing. If you ask about his last known whereabouts, she will tell you he was last at Park Street Station. Once you have offered to help find him, the quest will end, and a new one, titled Unlikely Valentine will begin. If you have high enough charisma, you can also convince her to give you a reward of 125 bottlecaps, a sweet deal if you ask me. Before leaving, search a desk in the north-western corner of the office to find a Robco Fun magazine.

It’s worth noting that this next quest has heavy fighting involved in it. You will want to explore new areas and level up a bit before starting the quest. If you haven’t already, make sure to stock up on ammo and other supplies at the vendors in Diamond City.