Although Fallout 4 is a single player RPG, it doesn’t mean you have to be alone in your adventures! Once you set off to explore the Commonwealth, you will have the chance to recruit a variety of unique companions. They range from a lovable dog to a fearsome super mutant. These companions are more than just company on the road! Companions can be equipped with gear such as clothing and weapons.

They can carry some of your gear, and any junk you pick up as well, in addition to helping you in battle. In battle, companions cannot die. However, they can go down. The only way to get them up is to use a stimpack on them.

Additionally, each companion has an unlockable perk. The companion perk is unlocked through time as they journey with you. Companions (except for dogmeat) will react to your in-game actions and choices.  Enough positive reactions will allow you to unlock their perk, a romance option, and their personal sidequest! Only one companion can be with you at a time, so choose carefully. There are thirteen companions in the base game, with an additional four companions if all DLC is purchased.

Preston Garvey is the leader of the Minutemen faction. He can be found in Concord, and will join your side as soon as the minutemen are rescued as part of the main quest; Sanctuary Hills must also be established. 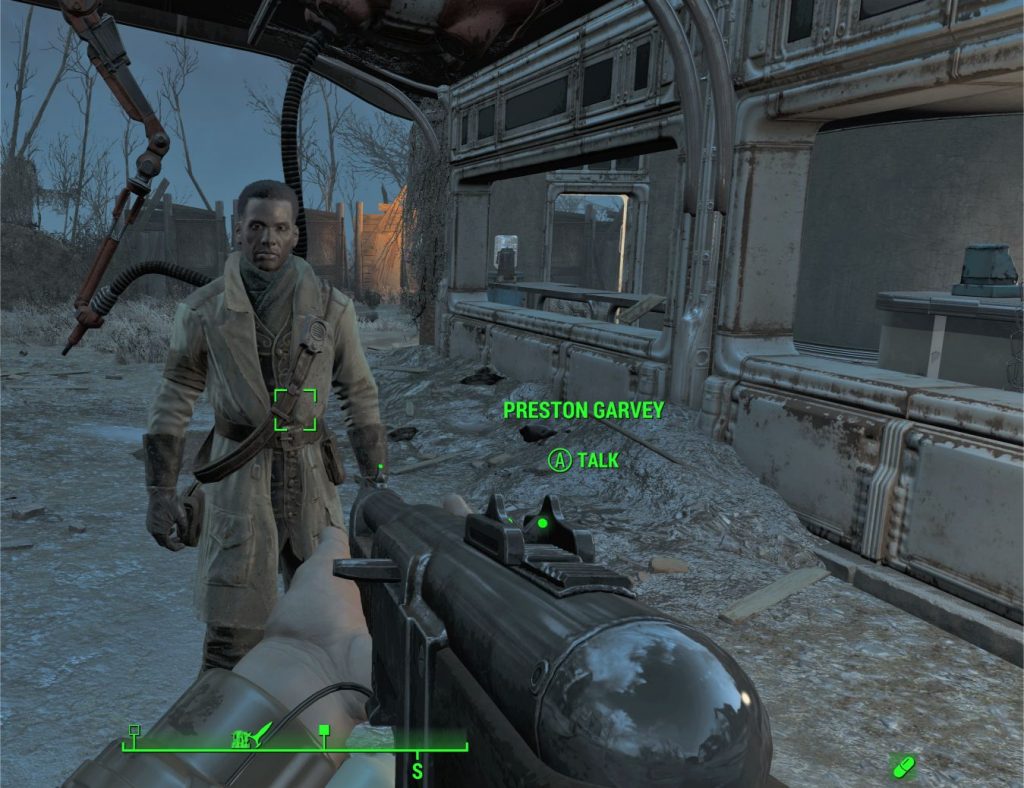 Dogmeat is the best boy anyone could ask for. He is great for finding items around the environment. He can also hold down enemies. You will find him quickly at the start of the game. As you approach the Red Rocket Station from Sanctuary, he will wander up to you. Unlike all the other companions, Dogmeat has a command menu instead of a dialogue menu.

Additionally, if you want to spice up your Commonwealth adventure, there is a mod available that allows you to use dogmeat and one other companion at the same time. It’s called Everyone’s Best Friend. 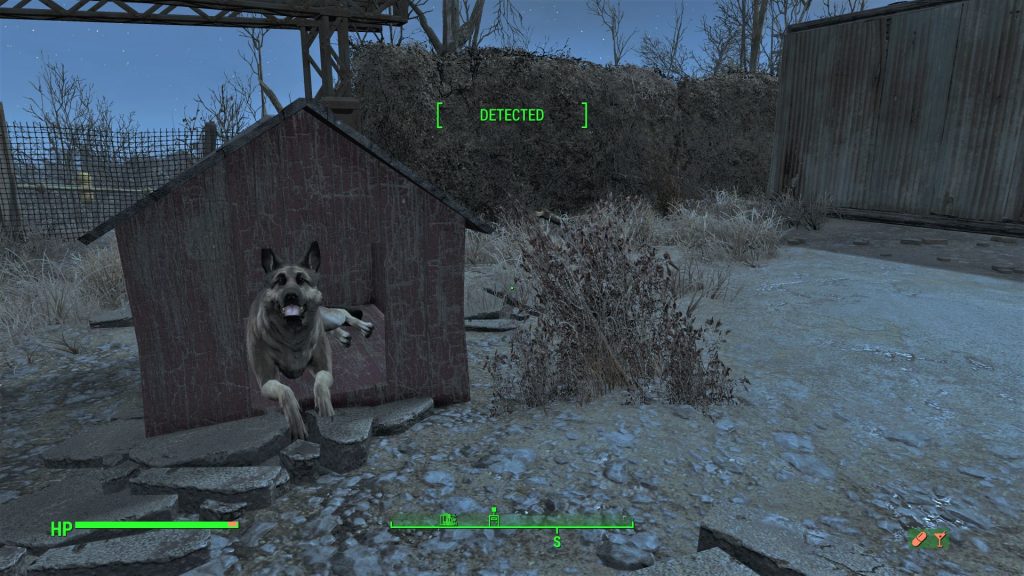 Codsworth is your robotic butler from before the great war. To recruit him, go to your house once you have left Vault 111. After you talk to him, you can recruit him once you have finished the Out of Time quest. He is always cheerful, a great thing to have once you are trying to survive in a nuclear wasteland. 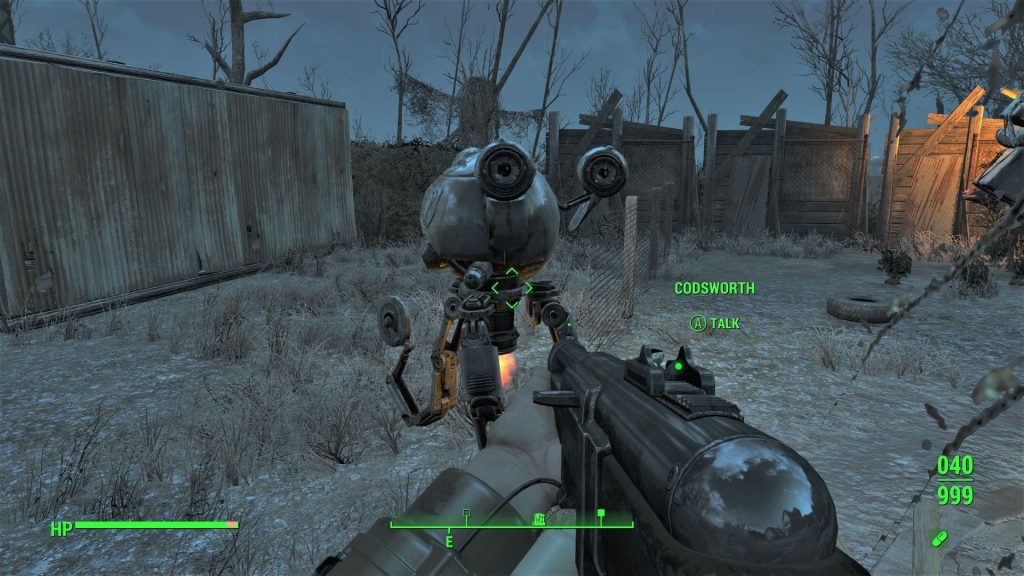 Piper is met for the first time when you first try to enter Diamond City. Once inside Diamond City, visit her office on the immediate left. She will give you the quest Story of the Century. Finish this quest and she will offer to be your companion.

Note: Piper can be romanced. 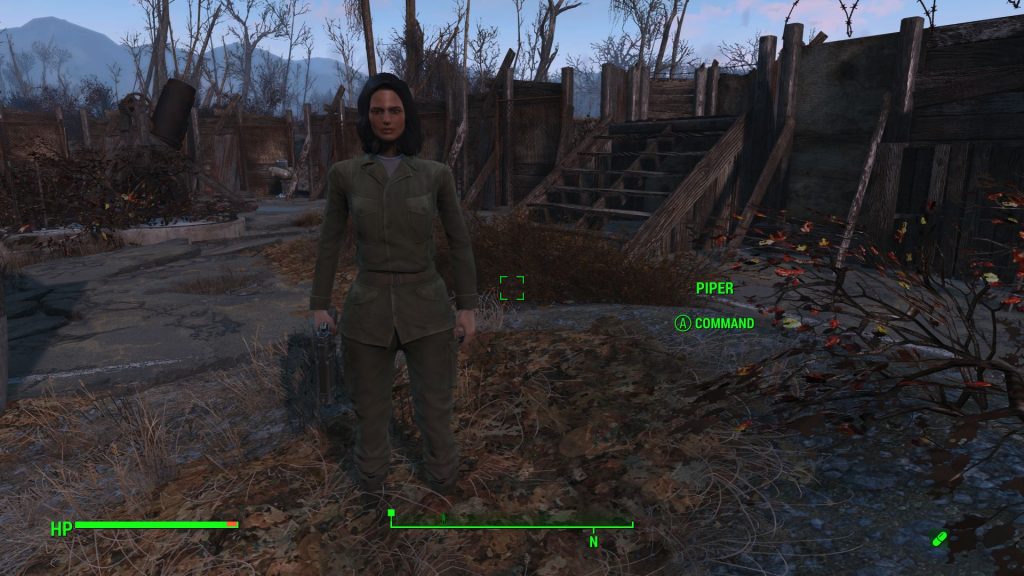 Curie is a robotic companion similar to Codsworth, but with a french accent. She is found in Vault 81, in a hidden section of the vault. She can be romanced after her side quest is completed.

She can be recruited at the conclusion of the quest Hole in the Wall. 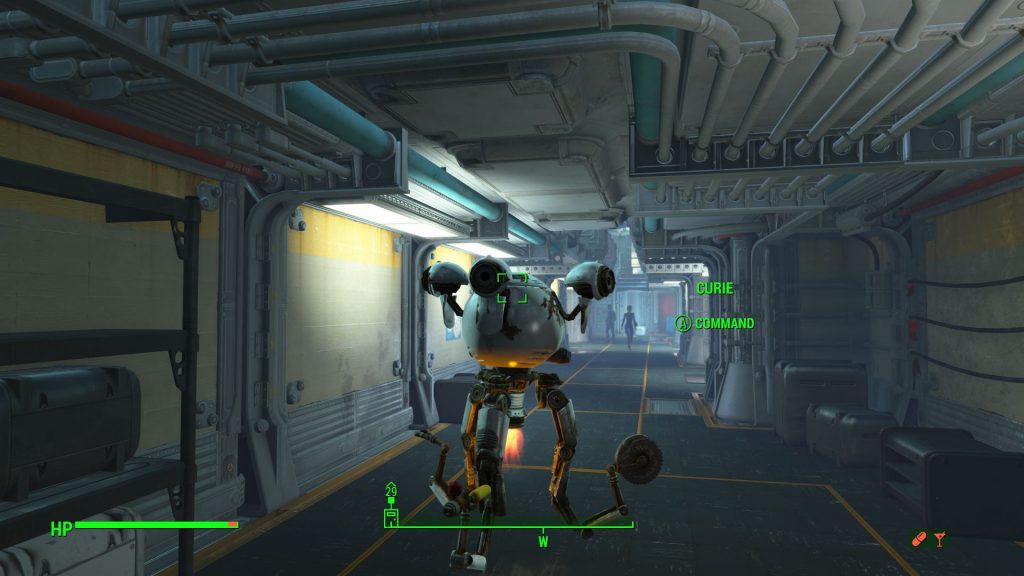 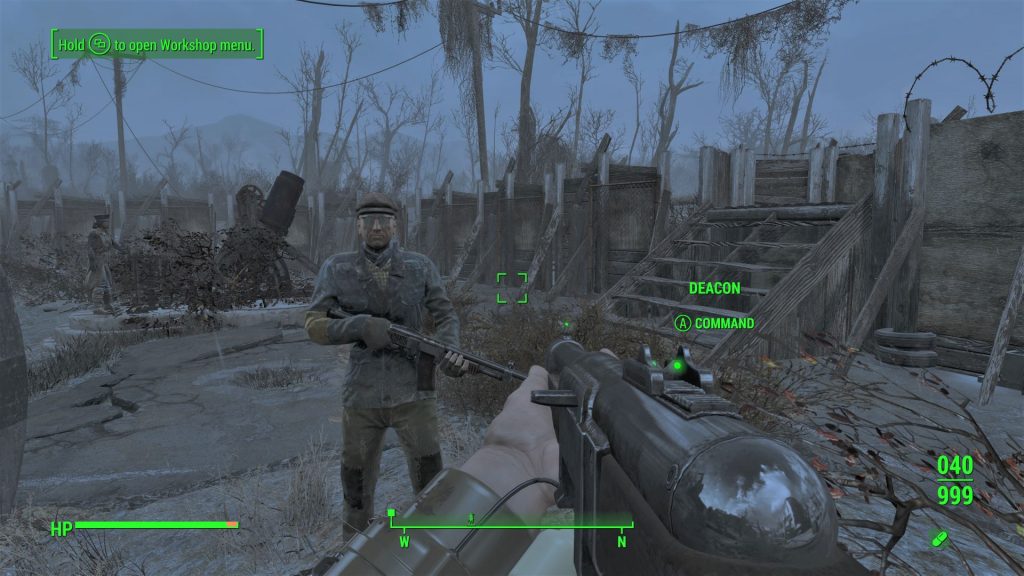 MacCready is found in the subway bar in Goodneighbor. Due to him being a mercenary, as well as a former Gunner,  you must pay him to recruit him. Additionally, it is possible to initiate a romance with him. Fun fact: MacCready is found first in Fallout 3, as the mayor of Little Lamplight! 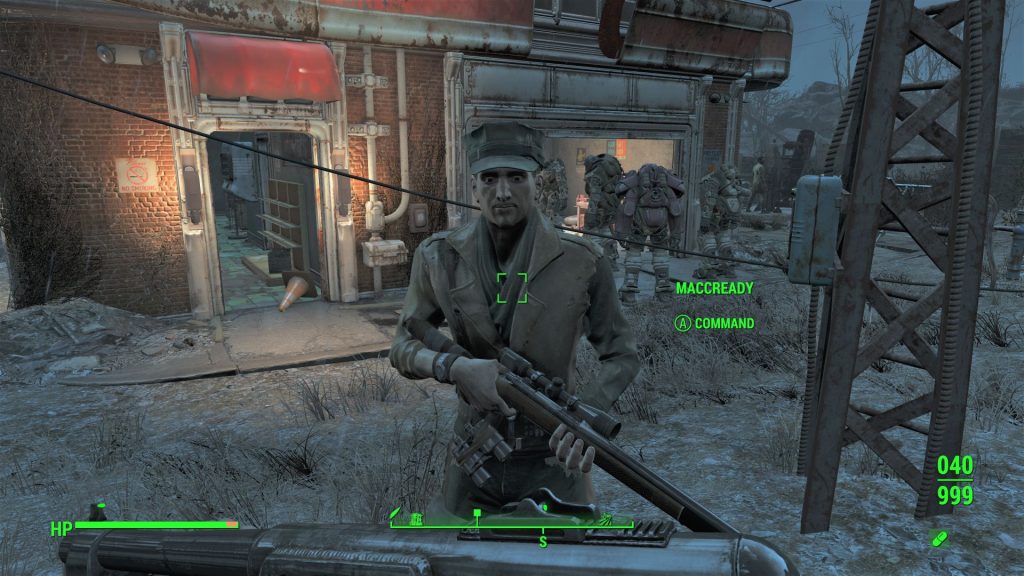 A new take on the hard boiled detective of old, Nick Valentine is a fan favorite companion. Just because he is a synth doesn’t mean he doesn’t have a heart of gold! Nick can only be found during the Unlikely Valentine quest in vault 114. 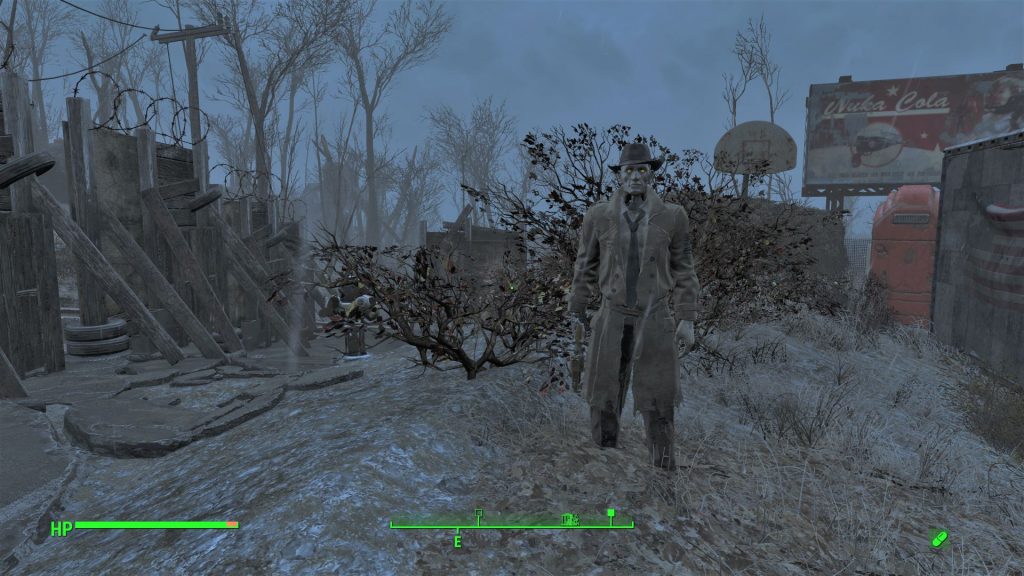 Strong is a strong Super Mutant and a powerful fighter. He can be found at the top of Trinity Tower during the Curtain Call quest. His weapon type of choice is melee. 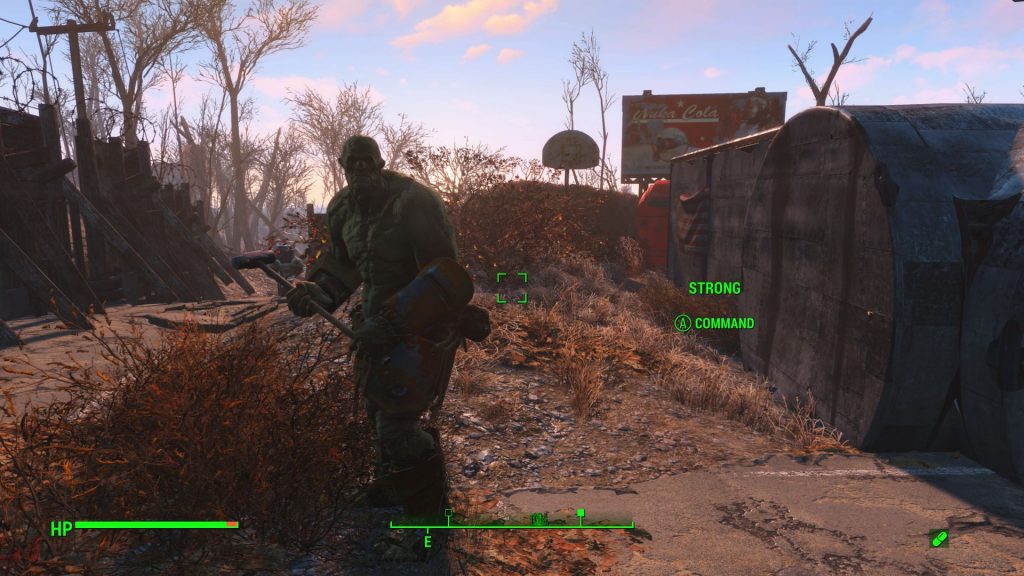 Paladin Danse is a member of the Brotherhood of Steel. He can be found and recruited at the Cambridge Police Station after the end of the Fire Support quest.  It is also possible to initiate a romance with him. 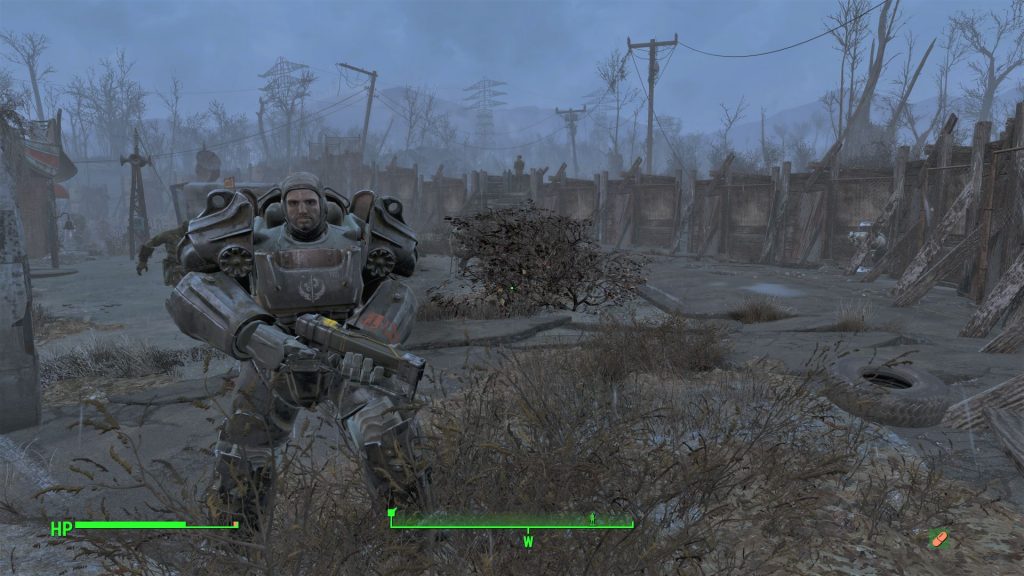 Cait is a former raider turned pit fighter. She can be found and recruited in the Combat Zone, which is located in the theater district of Boston. It is possible to initiate a romance with her. 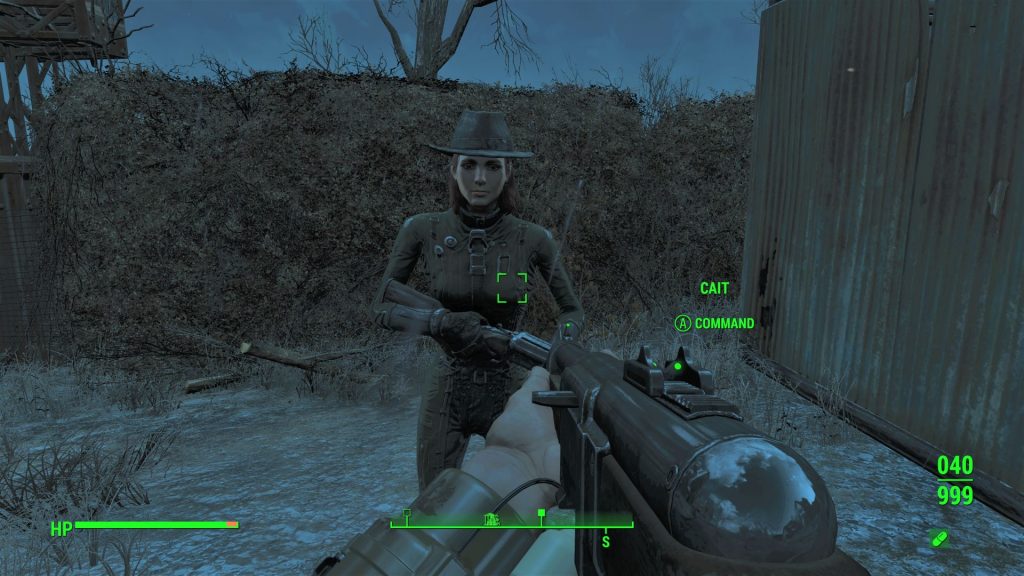 X6-88 is a dangerous Institute Synth. He can be recruited in The Institute, after the conclusion of the quest Mankind Redefined. 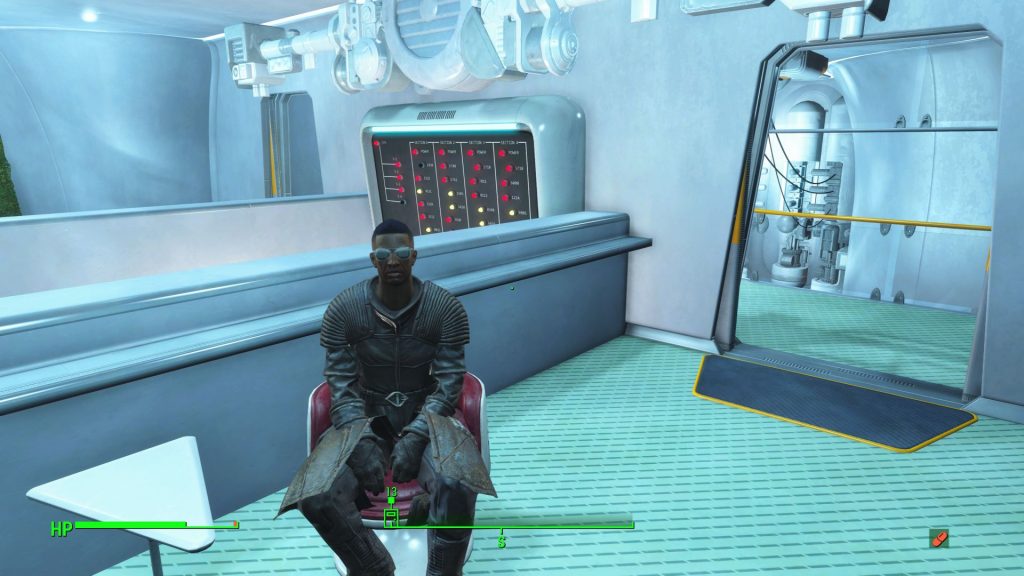 Hancock is a ghoul living in Goodneighbor. He can be found during the quest The Silver Shroud or roaming the streets of Goodneighbor. It is possible to romance Hancock. 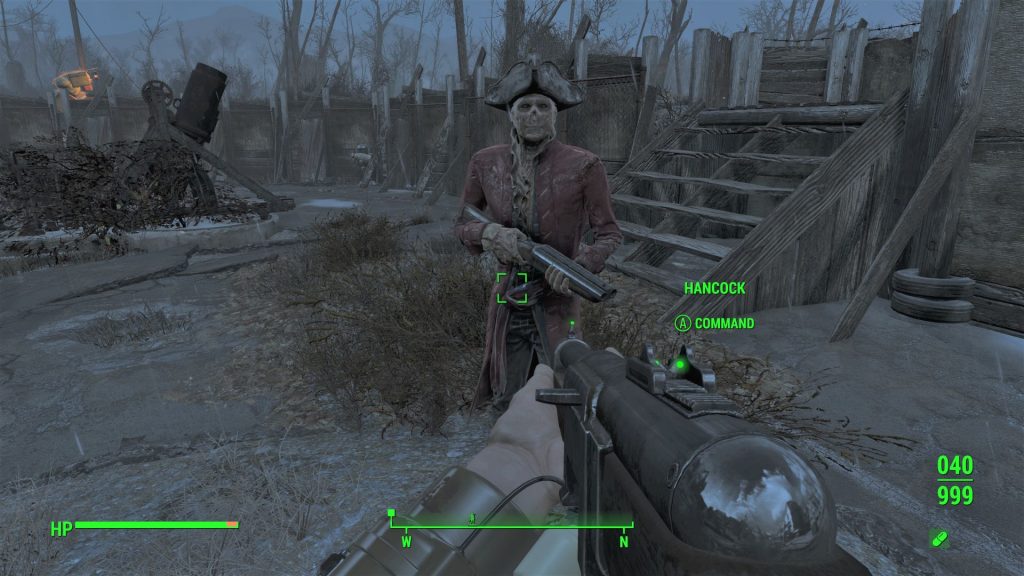 Ada is an assaultron robot modified with sentry bot and protectron parts. She is part of the downloadable content Automatron. Mechanical Menace, her trading caravan is attacked. She is just Northeast of Wattz Consumer Electronics. Ada does not possess any likes, dislikes, or a perk.

The DLC Automatron allows you to create your own custom robotic companion. They have no perk, likes, or dislikes. Your robotic friend must be built at a robot workbench.

Old Longfellow is part of the Far Harbor DLC. He is a hunter and bodyguard, found at The Last Plank in Far Harbor.

Porter is a violent raider and part of the NukaWorld DLC. He can be found at the Nuka-Town USA location in Nukaworld. It is possible to initiate a romance with him.