The remarkable thing about Fallout 4, and the RPG genre in general, is that there is no wrong way to play. Every choice is yours to make. Freedom is at your fingertips. Feel like making a loud ruckus? Grab your guns and run in shooting. Want to be a master of stealth? Invest in the right stats, use a stealth boy, and start the infiltration. Every situation is new, requiring both your own decision making skills and personal preference to get through it. Most people enjoy certain playstyles and character builds, and today we will be examining these.

There are seven primary statistics that will affect your build. The points allocated towards each statistic determine the outcome of your playstyle. The max amount of points in a statistic is ten. This can be boosted to eleven if you find the corresponding bobblehead. Additionally, you can find a “You’re SPECIAL!” book under Shaun’s crib in Sanctuary Hills. This book allows one of the main statistics to be raised by one. 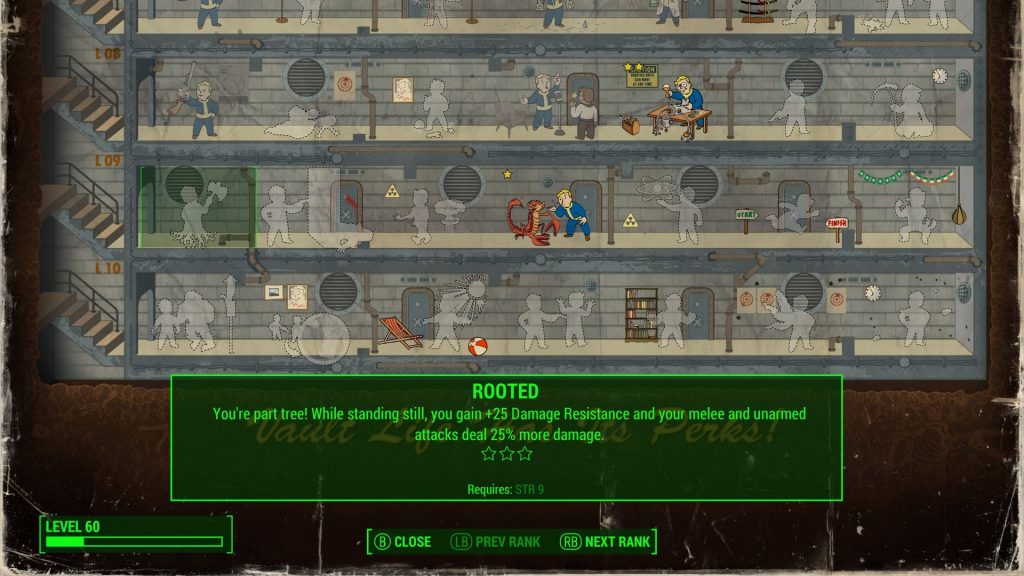 For the everyday melee lover. For this build, the perks you want to take immediately are Moving Target, Idiot Savant, and Big League. Also take Rooted, Lifegiver, Medic, and Toughness. Focus on these perks at first. You’ll be able to take greater damage while charging an enemy thanks to moving target. Rooted will also help with your defense when you are standing still. Once you build up these perks, your level, your armor, and your weapons, you’ll be able to run into rooms and take out everyone inside.

For the stealth connoisseur.  The primary perks you want to take are: Sneak, Ninja, Action Boy, Gunslinger, Gun Nut (at least 2 ranks for silencers). Other perks you may want to get are Mister Sandman, Grim Reaper’s Sprint (you’ll to increase your Luck to 8 first), Science, Gun Fu, Better Criticals, and Armorer.

The main weapon type of choice for this stealth build are non automatic pistols. Ranking up Gun Nut allows for the use of silencers (a must have!). Gun-Fu, Better Criticals, Grim Reaper’s Sprint, and Mister Sandman will boost damage. The rest are miscellaneous and will help in different ways, such as Armorer allowing for more stealthy armor options. 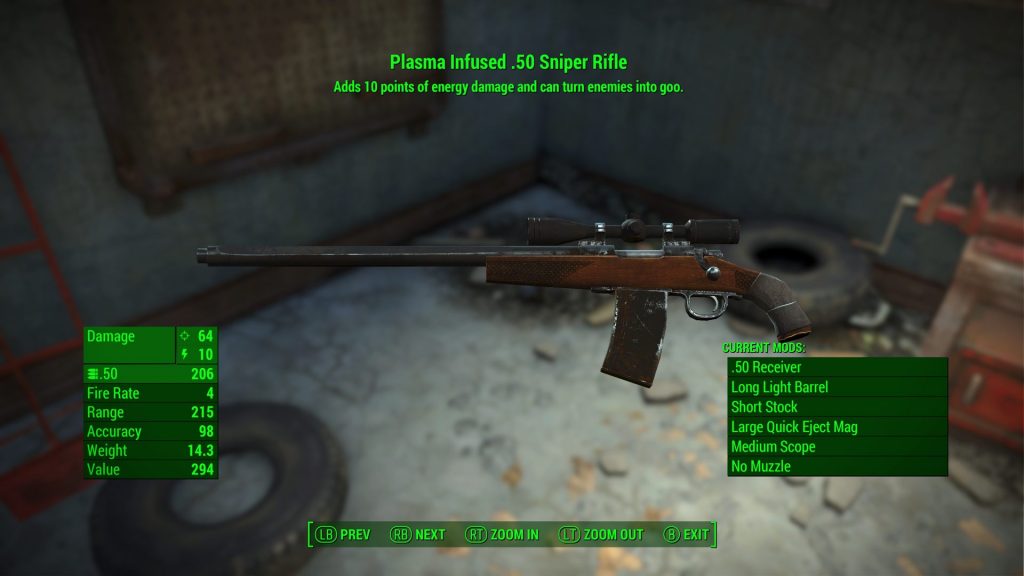 If never being seen while striking from a distance is your desire, look no further. The perks you’ll want to get are Rifleman and Sniper. Then, since the AP cost of sniping in V.A.T.S. is so high, you’ll want to Action Boy/Girl and Quick Hands. You’ll also want Sneak and Ninja so you’re stealthy. Grim Reaper’s Sprint is also a must have perk so your AP is restored.

This is for all the beginners out there. Don’t be overwhelmed by Fallout 4. This build focuses on maximum HP and damage resistance so you can take on all the danger that hides in every nook and cranny of the Commonwealth. It also focuses on ranged weapons and V.A.T.S., so you can stay out of danger while defeating your enemies. The perks you’ll want to grab are Refractor, Awareness, Toughness, Lead Belly, Lifegiver, Aqua Boy/Girl, Rad Resistant, Sneak, and Action Boy/Girl. Although it may be tough at first, after a few levels you will get in the groove of things and begin to build up power. Soon you will be massacring your enemies in no time.

The Wasteland has driven you crazy! You care not for the blood of innocents. If anyone displeases you, you strike them down without a second thought. The wasteland has a new killer, and it’s you. For this build you will need the perks Sneak, Ninja (you’ll need to put 2 extra points into Agility as you level up), Big Leagues, Intimidation, Lady Killer, Cannibal , Gunslinger, Mister Sandman, and Night Person. High charisma is a must, as serial killers are manipulators at heart. Night Person will ensure that you, like a true serial killer, have an advantage at night. Mister Sandman will ensure that you can instantly kill any victim in their sleep, while Intimidation will allow you to, well, intimidate anyone who gets in your way.

Calling all Ninjas. This one’s for you. This build is the synergy between the Melee Master build and the Master of Stealth build. The majority of your S.P.E.C.I.A.L. points should be put into both Agility and Luck. Be sure to allocate a few to Strength though, as this will allow you access to the early game melee perks. This build will allow you to covertly melee kill enemies. Blitz is a high priority perk, as it allows you to teleport to enemies via V.A.T.S. Other perks you should pick up are Bloody Mess,  Big Leagues, Iron Fist, Critical Banker, Sneak ( level this up all the way), and Better Criticals. 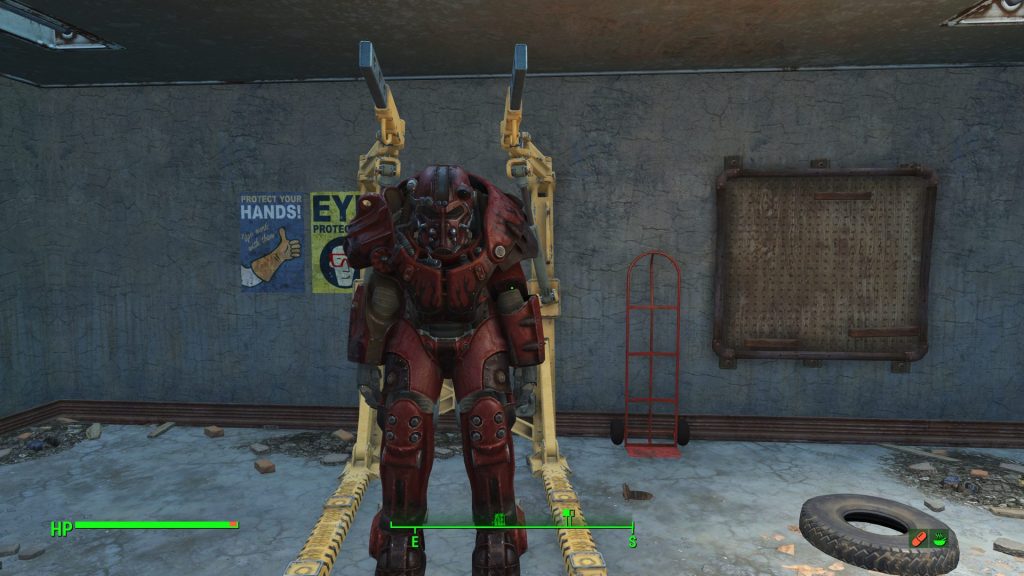 Becoming an unstoppable killing machine in Fallout 4 is easy with this build. You’ll be relying on power armor the entire time you play. Your focus for weaponry should be on heavy weapons like the minigun and rocket launcher.  You’ll definitely want a high intelligence and strength for this build. You’ll want to grab both the Heavy Gunner and Nuclear Physicist. Heavy Gunner will increase the damage of all heavy weapons while Nuclear Physicist will allow you to be more efficient with fusion cores. This will let you pilot your power armor for longer periods of time. More perks to grab include Pain Train, Blacksmith, Lifegiver, Toughness, and Armorer. 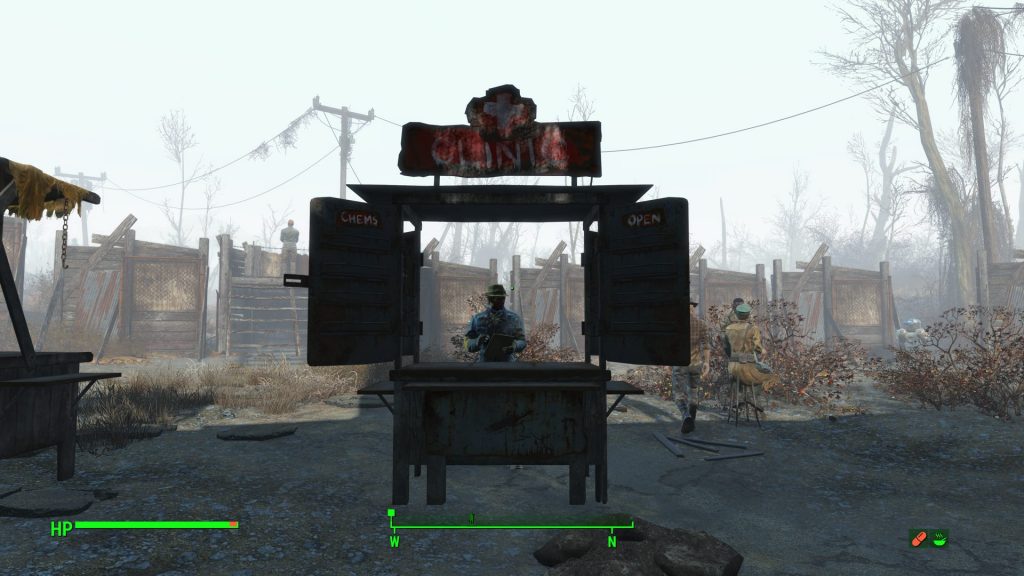 Tired of the combat and exploration of Fallout 4? Maybe it’s time to focus on building.  The nucleus of this build is to expand your settlements and transform the Commonwealth into whatever paradise you see fit. Charisma and Strength should have the most points in them. You’ll want the Strong Back perk so you can carry a lot of junk. Also be sure to grab the Local Leader perk so you can build important supply lines between settlements. Besides the supply lines, Local Leader will allow you to build shops within your settlements. The Scrapper perk should also be chosen, as it allows you to find more materials that you can use to build your settlement. Other perks you should grab are Scrounger, Fortune Finder, Cap Collector, and Science.

You don’t need anyone else. You prefer the company of yourself to others. You’re a loner at heart, and this build reflects that. Make sure you have the Strong Back perk, because you won’t have a companion to dump all of your newfound loot and junk onto. Speaking of loot, you’ll want to make sure that you have Hacker and Locksmith leveled up as high as they can go, so you can maximize the areas you can get into. Additional perks you should be sure to grab are Gunslinger and Commando so you can deal more damage without relying on a companion. Also grab the Lone Wanderer perk, which is a must for this build.

Unabashed FromSoftware fanboy still learning to take his time with games (and everything else, really). The time he doesn't spend on games is spent on music, books, or occasionally going outside.
Subscribe
4 Comments
Most Voted
Newest Oldest
Inline Feedbacks
View all comments

Hey there, all the builds have been reviewed and updated as of Feb 2021.

Yes for the Noob build what weapons and armor do i look for?