Spread throughout the world of Fallout 4 are books, magazines, and comics. These collectibles will give a permanent bonus once found. After you find one, you can either keep it, throw it away, or sell it, as the bonus is instantaneous. If you plan on keeping them, you can build a special collectible items rack. 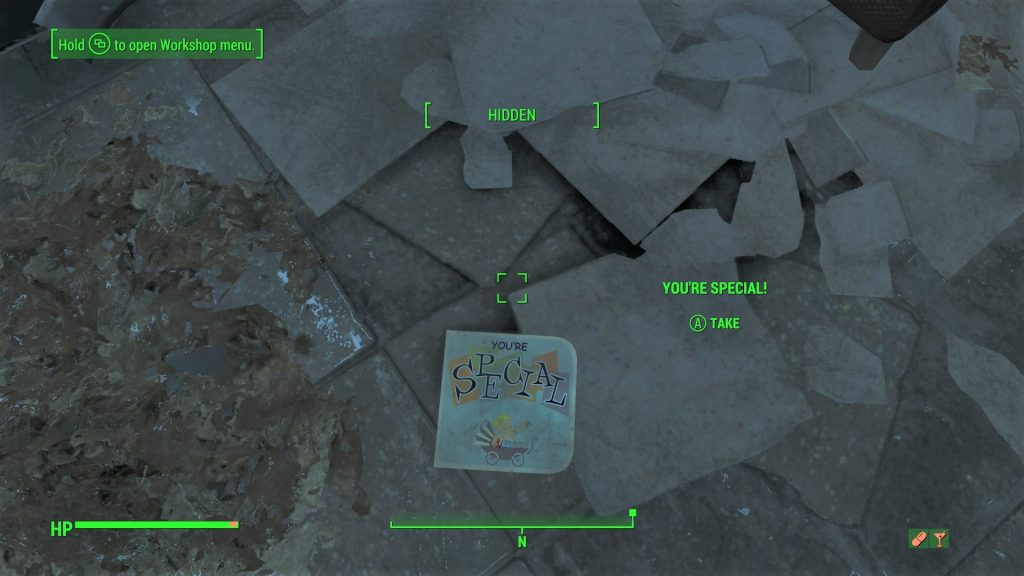 Located inside your old house in Sanctuary, right next to Shaun’s crib, this is the only one of its kind in the game. It allows you to pick one extra point in any of the S.P.E.C.I.A.L. categories. 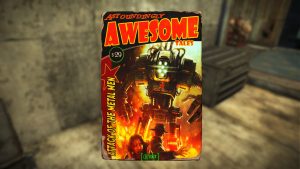 Each collected issue of Astoundingly Awesome Tales will give you a different bonus perk. 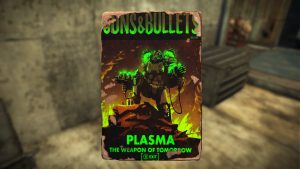 Each issue of Guns and Bullets will increase the critical damage of any ballistic weapon by 5%. 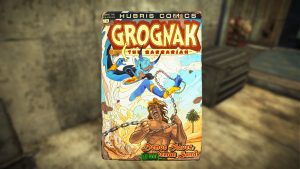 Each issue of Grognak the Barbarian will increase unarmed and melee attack critical hit damage by 5%. 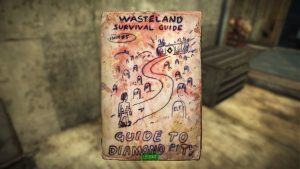 Each issue of the Wasteland Survival Guide gives a different perk in relation to surviving in the wasteland. 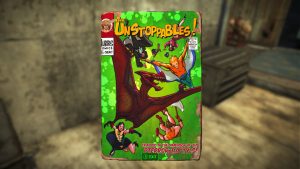 Each issue of the Unstables grants +1% chance to avoid all damage from an attack. 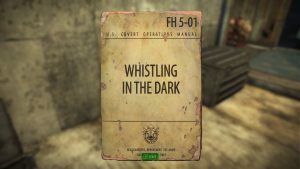 Every issue of the U.S. Covert Operations Manual grants you an additional bonus to the ability to remain undetected while sneaking. 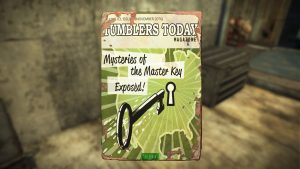 Each obtained issue will increase the sweet spot of the lock, making lockpicking easier.

Each issue will unlock a new facial tattoo that can be applied at Diamond City Market.

Eacn issue gives a holodisk that can be loaded into a terminal, which will then grant new options, such as disabling security turrets.

Each issue will grant an additional +5% critical damage to all energy weapons. 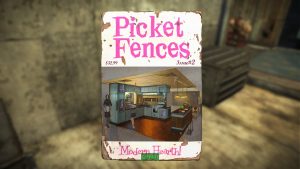 Picket Fences magazine will allow you to build more objects while in build mode.

Each issue will unlock a new hairstyle at any hair salon merchant.

Every issue will add perks that affect  both you and your companion.

Every issue will allow you to inflict +2% limb damage when combating opponents. 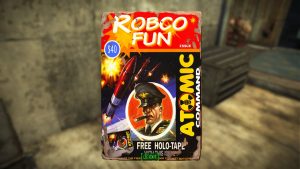 Each issue of RobCo Fun gives you a playable holotape minigame that you can collect and play on your Pip Boy, as well as any terminal.

Tales of a Junktown Jerky Vendor 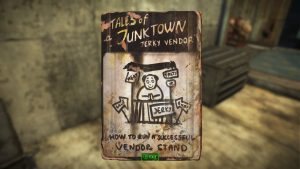 Every issue grants better prices when buying from a vendor.

If I'm not working or spending time with the family I'm probably gaming. Some of my favorite recent games I've played are Far Cry 5, World of Warcraft Classic, and 7 Days to Die.
Subscribe
1 Comment
Most Voted
Newest Oldest
Inline Feedbacks
View all comments

You should do the dlc comic books to