When you first meet Preston Garvey, you will learn that he is the only remaining member of the Minutemen. However, they were once a force for good in the commonwealth. They used to have a large membership, and they helped protect the various settlements from the horrors of the wasteland. The Minutemen are sort of legends from the past. They used to keep the people of the Commonwealth safe, but no one has been able to count on them for years.

Two major incidents contributed to their downfall. One of which is called “The Quincy Massacre”. It involved an assault on the Minutemen by the Gunners that killed many of their membership. The other involves the loss of their main base, “The Castle”. The Castle was once a fortified base used by The Minutemen, but it was taken by a Mirelurk Queen. 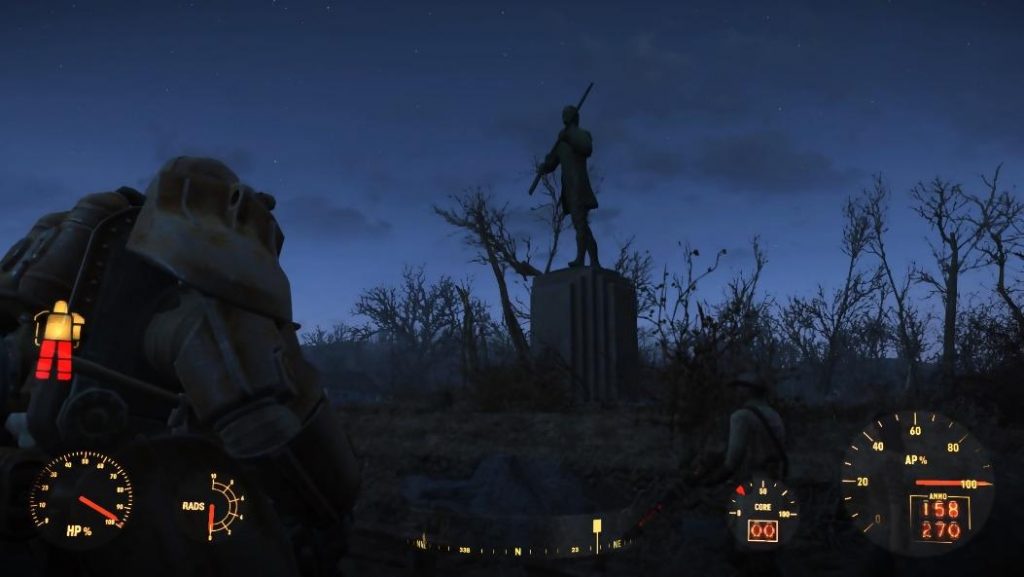 The Minutemen are modeled after the historical Minutemen of the American Revolutionary War. They wear colonial style clothing, and their home city Concord is full of American Memorabilia. A walk through The Museum of Freedom will show various Revolutionary War memorabilia such as mannequin soldiers and antiques. The Minutemen of history fought for the freedom of the colonies, and the Commonwealth Minutemen fight for the freedom of the settlements.

Perks of Joining the Minutemen 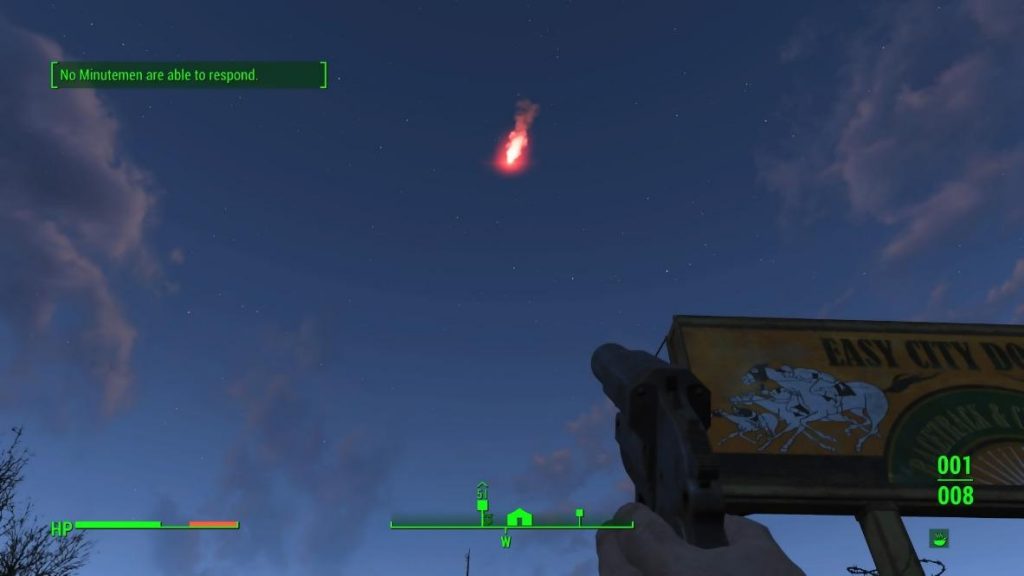 All factions offer perks, but the perks of joining the Minutemen are available to you almost from the start of the game. You will be given power armor and a minigun before joining them. Once you are made General of the Minutemen, Preston will be available to you as a companion and he will give you a flare gun. The flare gun can be used to call in reinforcements in times of need. You will have to be in the general vicinity of recruited settlements for this to work though. Preston is useful in combat, and if you are completing Minutemen quests, you will be able to report to him immediately, which can cut out a lot of travel time. An indirect perk of joining the Minutemen early on is that their quests can help guide your early exploration and leveling.

How to Find and Join the Minutemen? 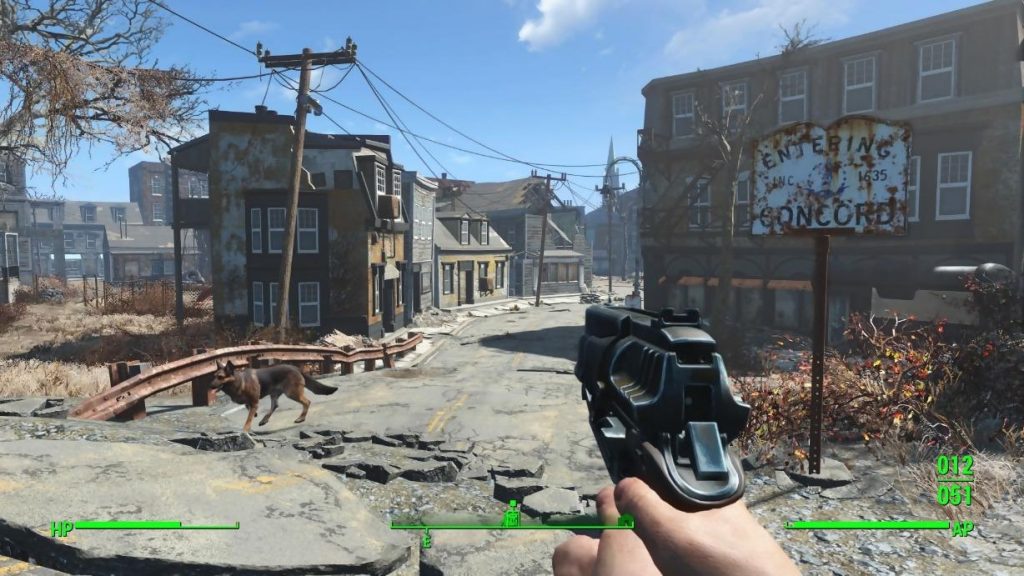 Shortly after leaving the vault, you can walk back to Sanctuary and find your old home. You will be delightfully greeted by Codsworth who has been tending to the house for the past 200 years or so. After some conversation he will tell you about a town called Concord that he thinks you should visit, and it will be marked on your map. If you do not talk to Codsworth immediately after exiting the vault, you will probably come across Concord anyway, as the path leading from the vault leads straight to it. As a side note, look out for the Red Rocket Gas Station along the way if you wish to take the dog as your companion. 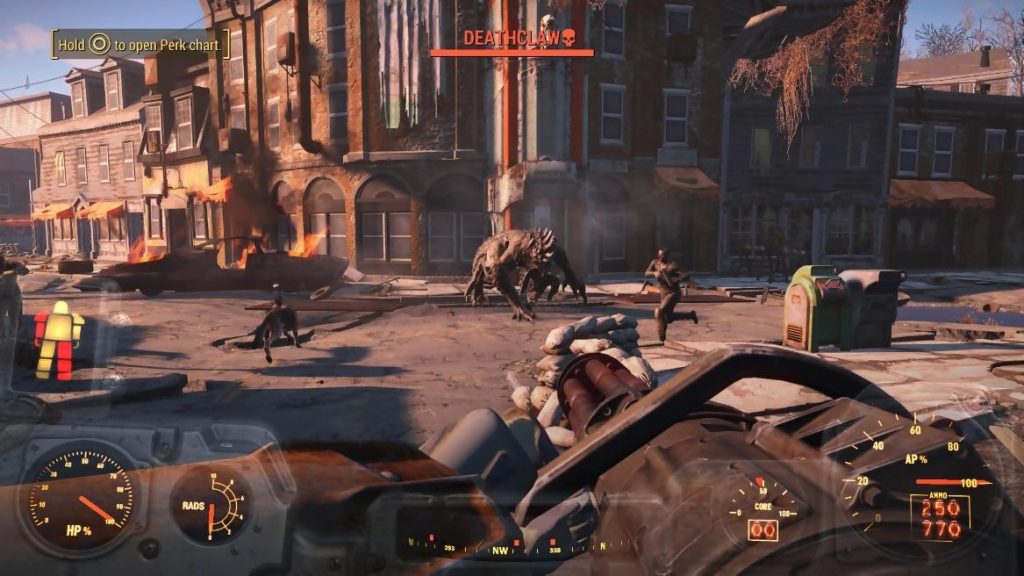 Once you make your way to Concord, you will find raiders inside the town attacking a building. Once you will clear the raiders from the streets and approach the building you will meet Preston Garvey. He will ask you to come inside and clear out the raiders inside that are attacking them. After doing so, you will find Preston Garvey, along with several others, holed up in a room on the second floor. He will introduce himself and the Minutemen to you and ask that you finish making the streets safe for his people. There is also a bobblehead located on a desk in this room. There will be more raiders along with a deathclaw in the street. You can travel to the roof of the museum to retrieve some power armor before taking them on. After this, simply walk with them to Sanctuary. 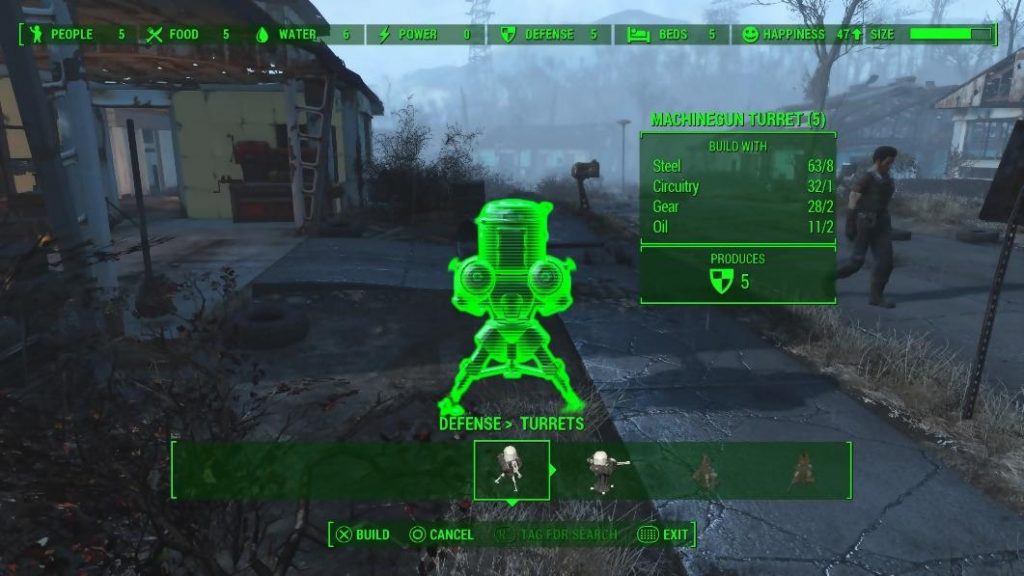 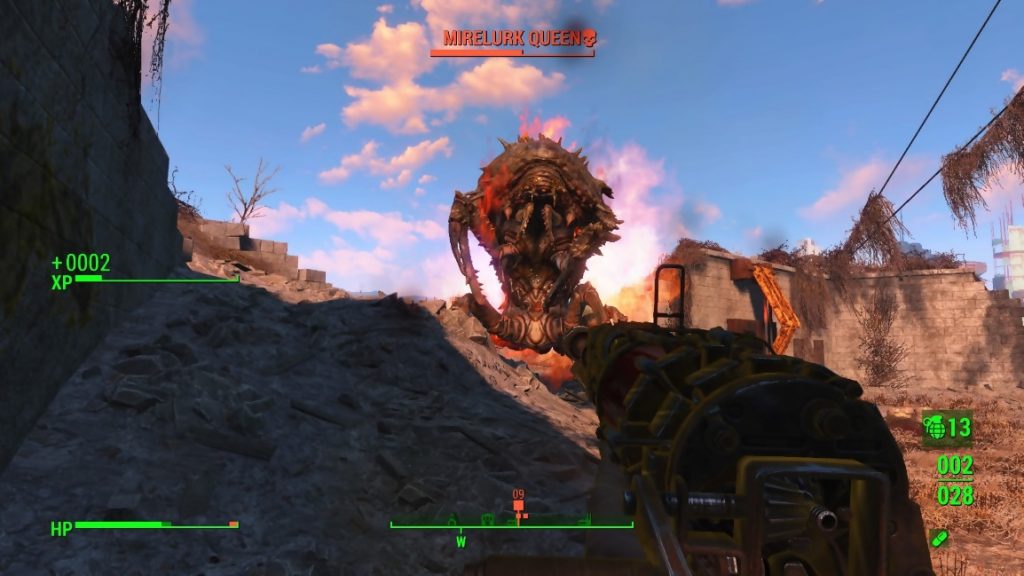 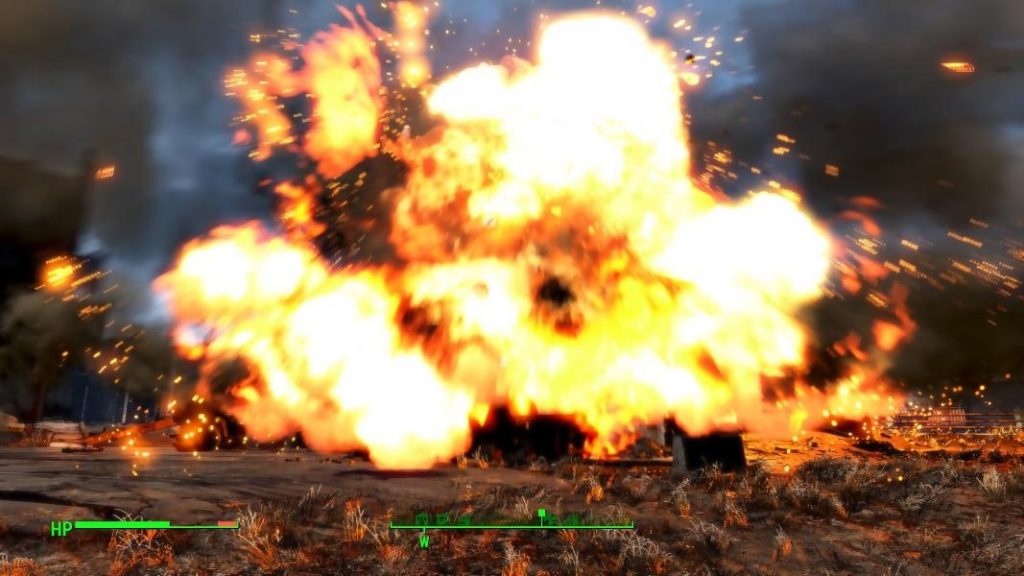 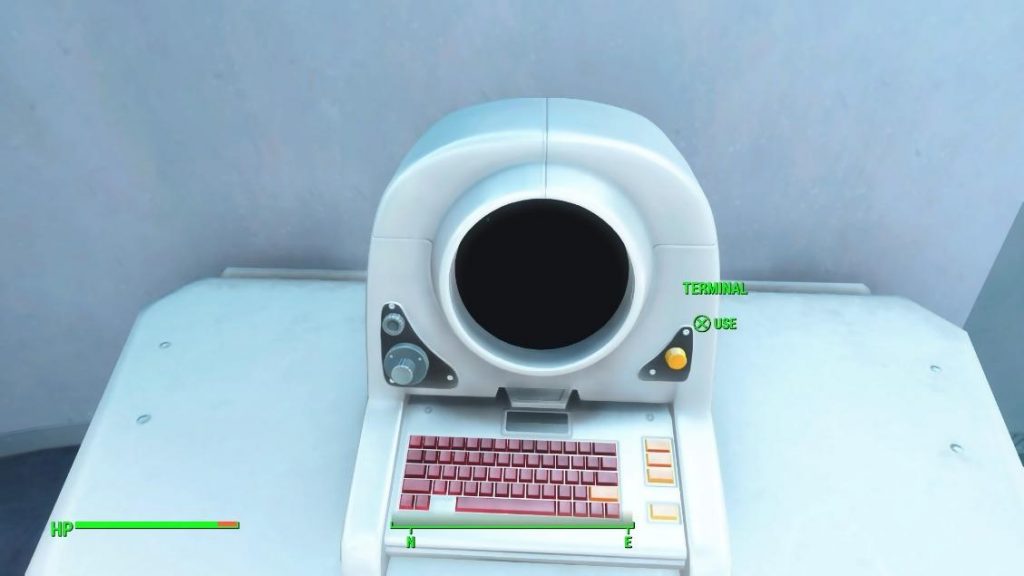 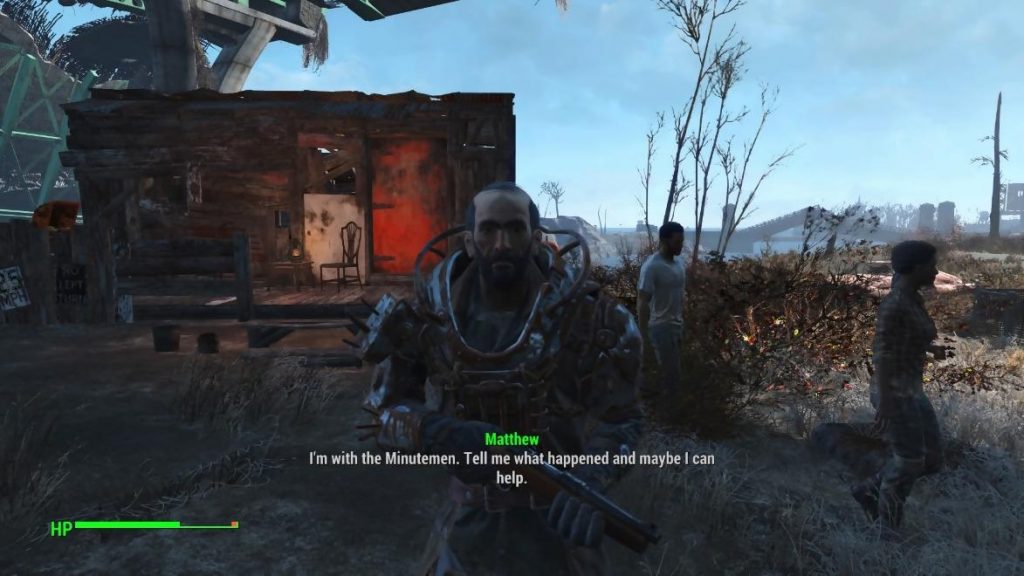 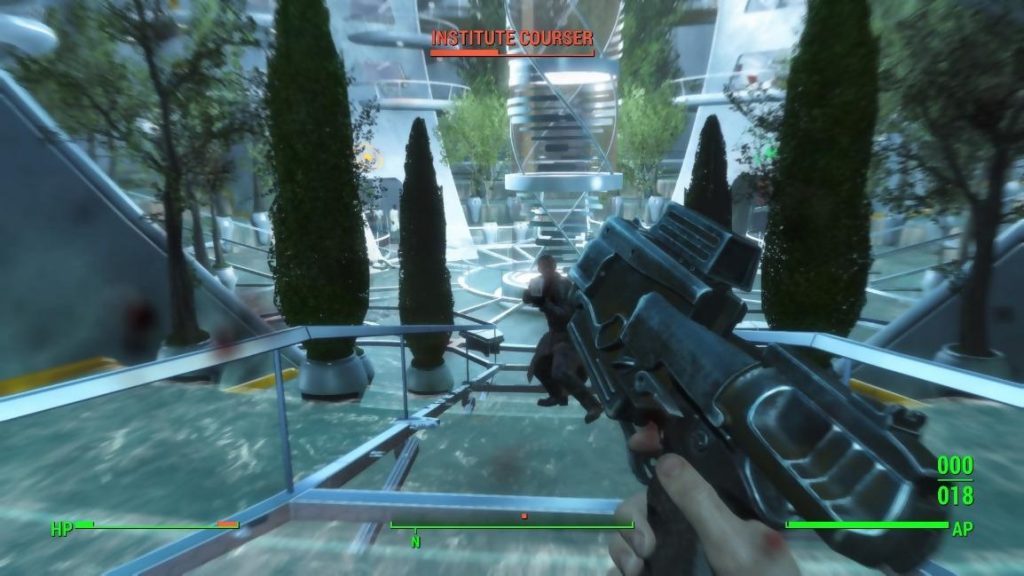 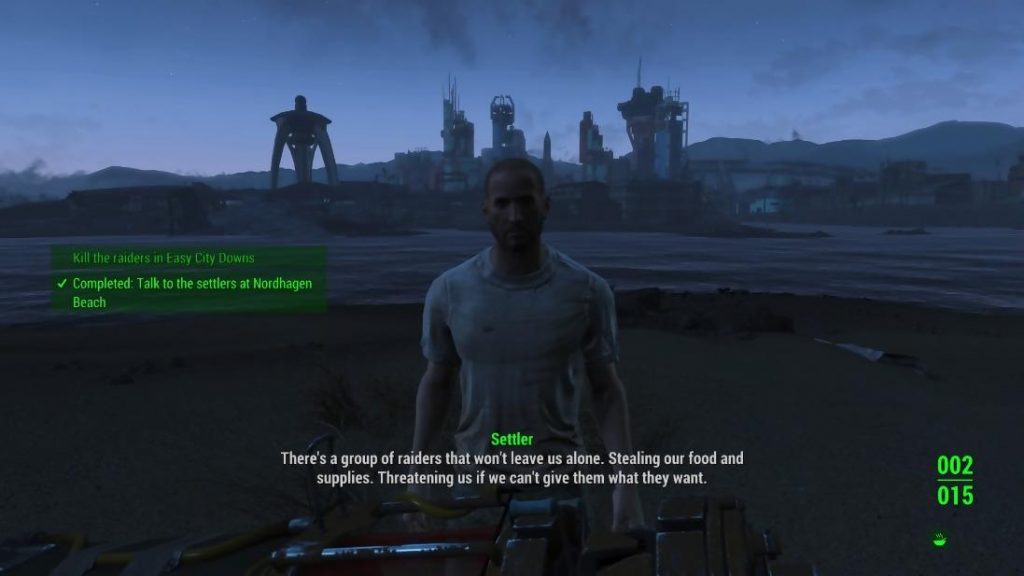