The wasteland is a dangerous place; filled with raiders, super mutants, robots, and animals with a nasty disposition. Even with that all-powerful mini-gun you’re carrying around, a well-placed bullet to the knee will end your post-apocalyptic adventure if you don’t get some armor!

There are numerous types of armor you’ll find in the commonwealth to protect yourself: From the classic leather Fallout protagonists use in every trailer to pre-war combat armor. An important thing to note for beginners is that armor sets are not a single item. To complete a set, you must find or craft each individual piece for your character’s chest, arms, legs, and sometimes head. Crafting armor requires an armor forge: a workshop component that is included in the Contraptions Workshop DLC.

Each armor has its own strengths and weaknesses as well as weight. For stealth players, it is important to keep in mind that armor weight directly affects your sneaking effectiveness. 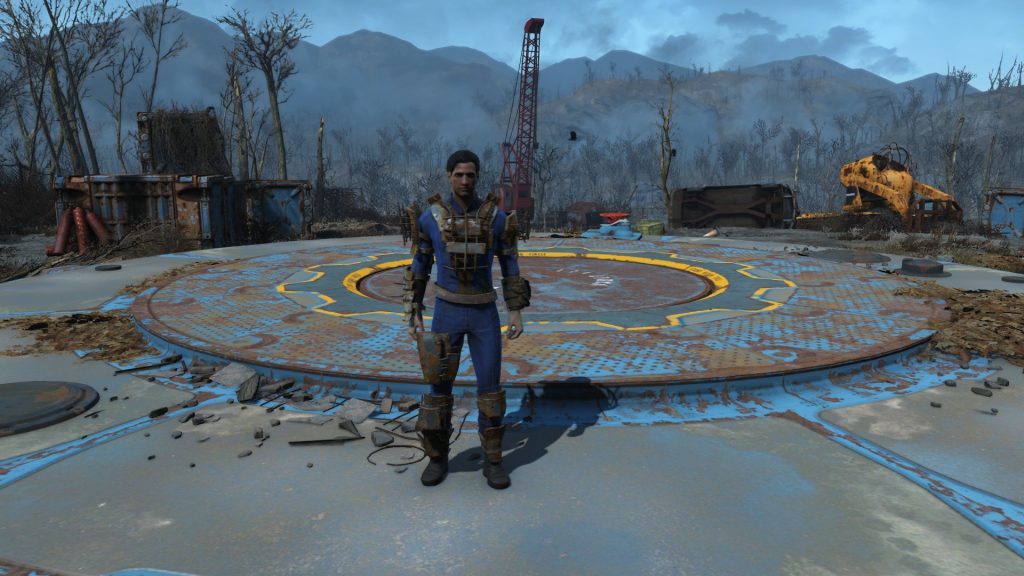 The most abundant type of armor you’ll find throughout the wasteland worn by the common raider. This armor is the weakest type you will find with little resistance to energy and ballistic weapons. The Raider armor’s abundance makes for a great set to wear when you are first starting out your Fallout 4 playthrough- though it is highly recommended to seek out a stronger set as soon as possible.

Where to find: Parts of Raider armor can be found on raiders (duh) and in containers and chests throughout The Commonwealth. 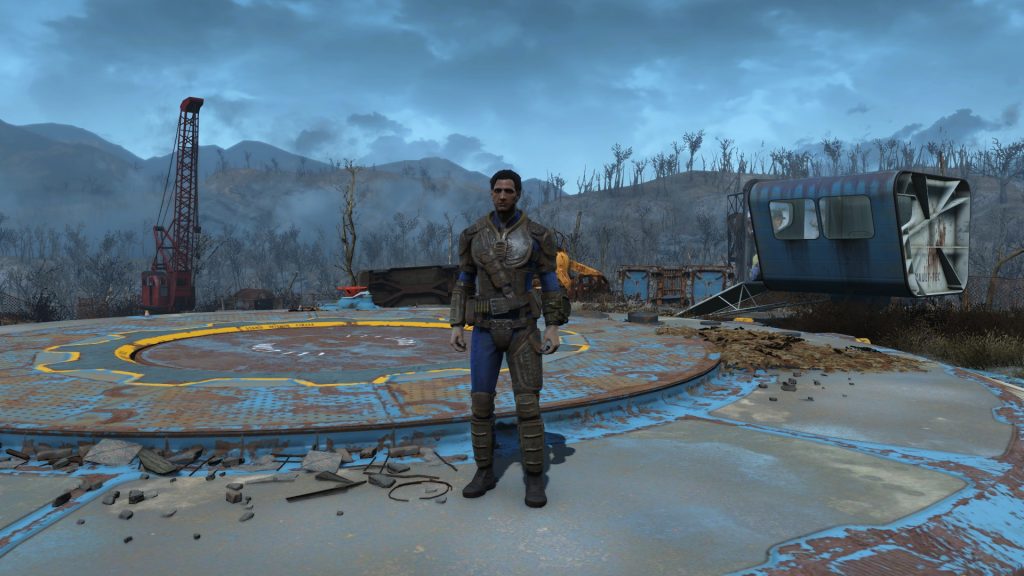 A mid-tier armor set. This is more commonly recognized as the armor worn by the protagonist in the Fallout 4 trailers- much akin to the Dragonborn’s iron armor in The Elder Scrolls V: Skyrim. Leather armor provides good resistance to energy weapons (Laser rifles, plasma guns etc.) but lacks any significant defense against ballistic weapons (guns). A great set of armor for early game!

Where to find: Leather armor can be looted throughout the wasteland and found on various NPC’s. It is also sold by merchants such as Lucas Miller who deals primarily in armor. 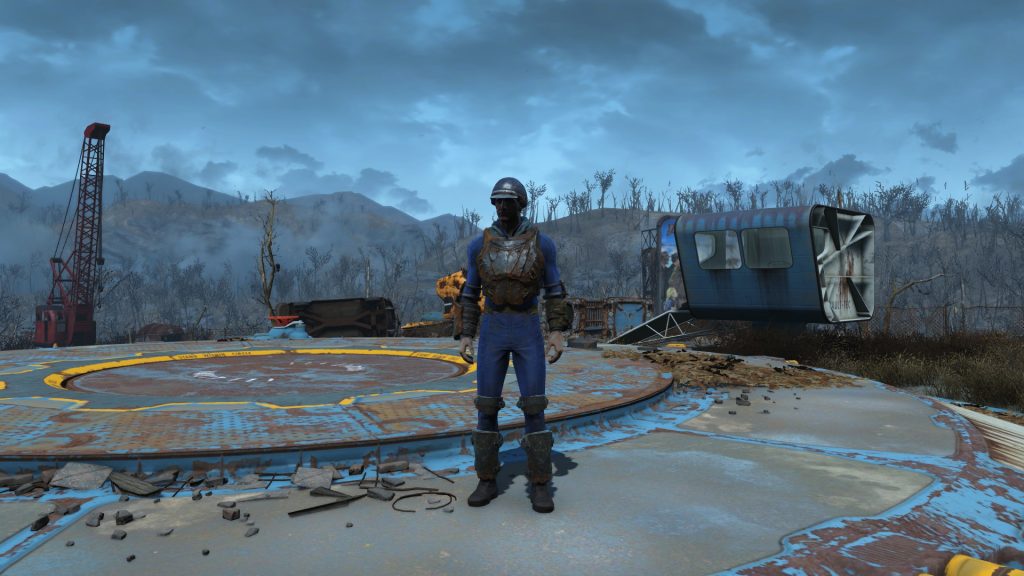 Another mid-tier armor set. Metal armor is a counterpart to Leather, with a high base resistance to ballistic weapons and vulnerability to energy ones. When upgraded however, metal armor may improve slightly against bullets.

Where to find: Metal armor can often be found on raiders and is also sold by merchants.  You can also find it while looting. 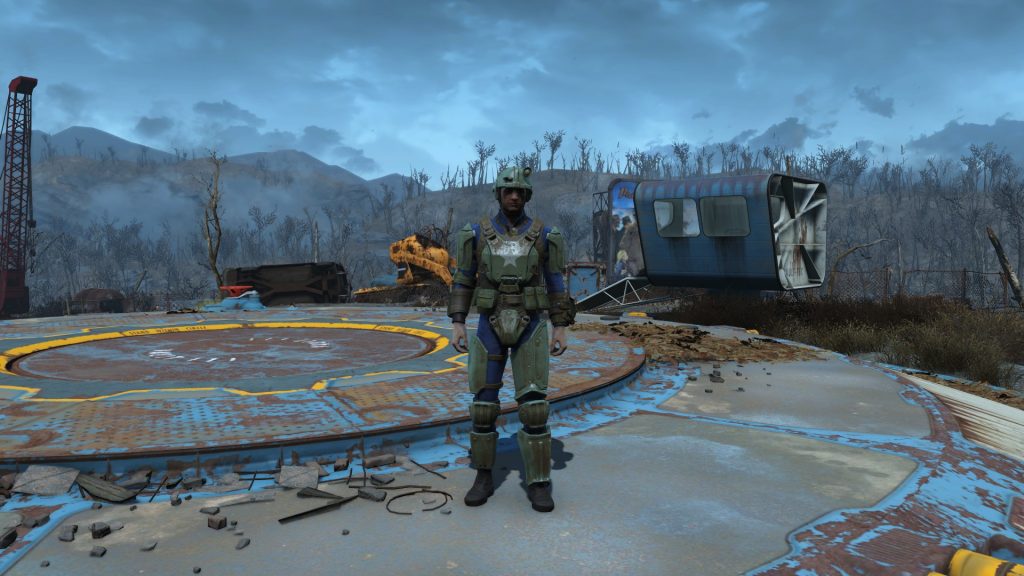 Where to find: Unlike the previous armor sets mentioned, Combat armor is a little more difficult to find. Combat armor can be looted and is sold in in late game, but you will commonly see it worn by stronger NPC’s such as The Gunners and Brotherhood of Steel soldiers. Be cautious when fighting! 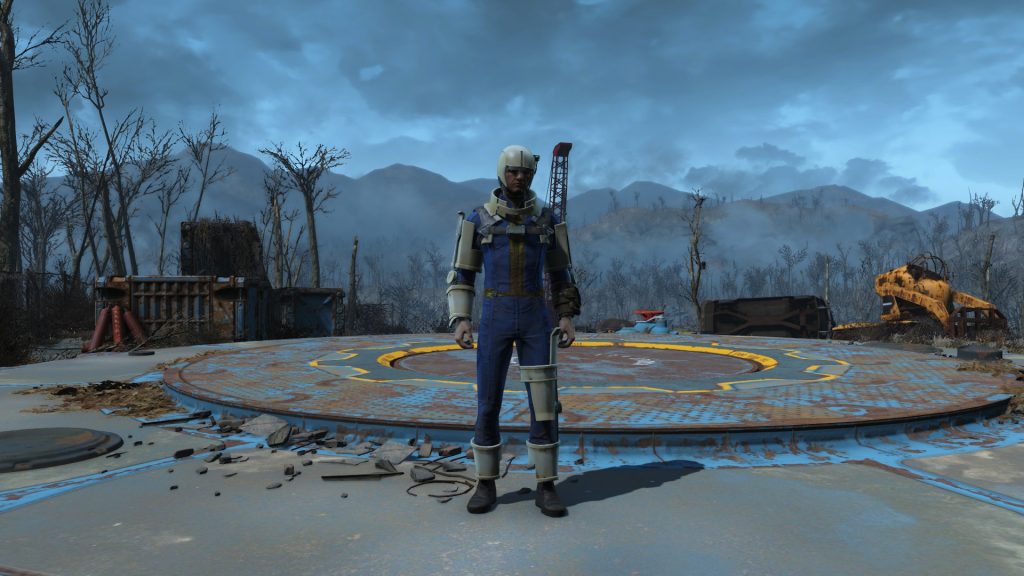 Where to find: Synth armor is significantly harder to find in game due to its exclusive use by Synths. You can find armor parts worn by Synth soldiers and purchase them from Institute merchants. A dirty variant of the armor can be found worn by synths located at Mahkra Fishpacking, University Point, and The Institute. 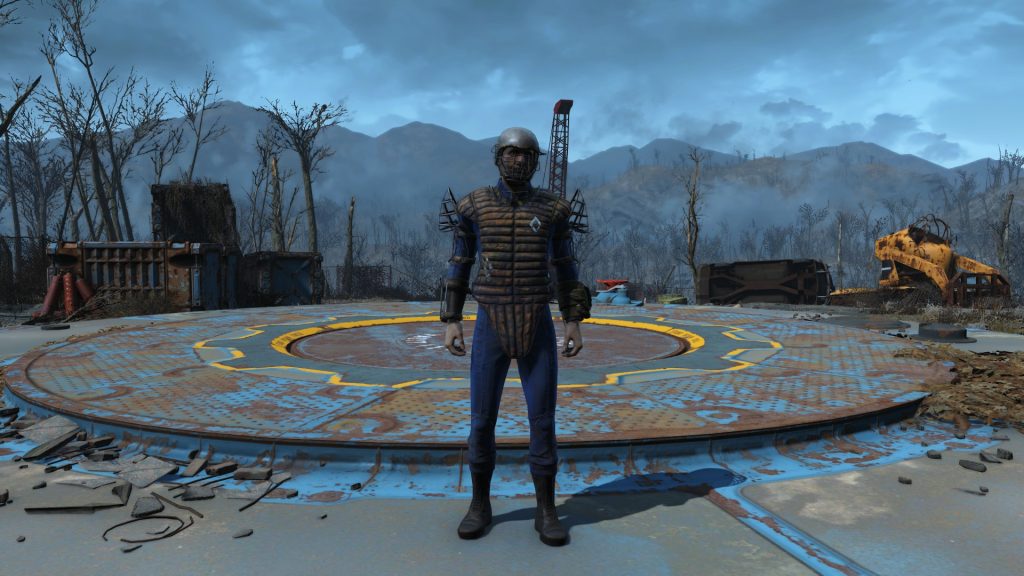 DC Guard armor can range from low to high tier because the guards in and around Diamond City scale with your level up until a certain point. Due to the scaling, there is no upgrading available for this armor set and its stats are based on your level when you obtain it. With that said, this armor can be extremely useful for low level players but pretty much useless at higher levels.

Where to find: This armor set is not sold by any merchants in Fallout 4. The only way to obtain it practically is to kill a Diamond City guard (easier said than done depending on your level). 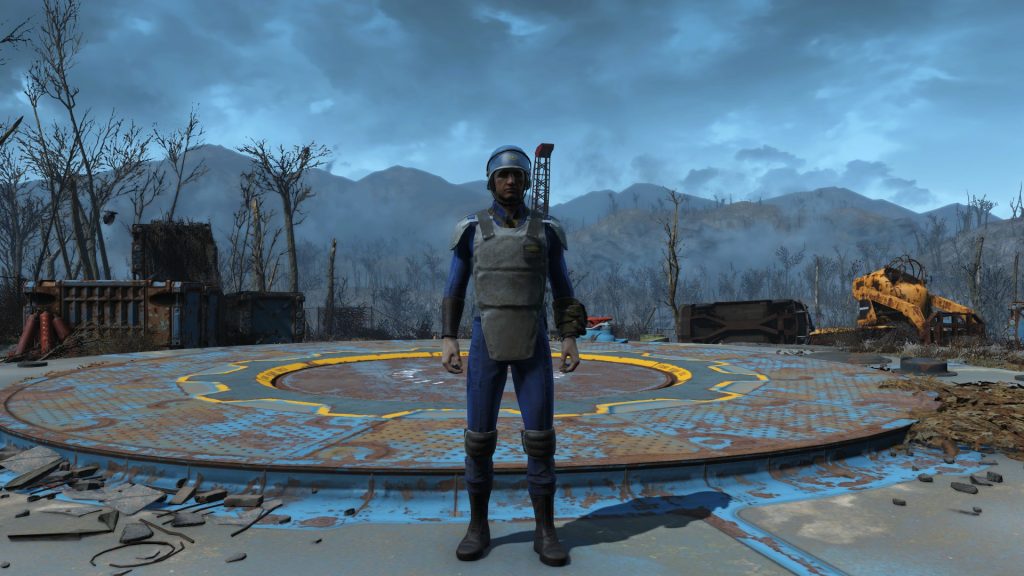 Armor worn by the wonderful people at Vault-Tec! This is a low tier armor set that cannot be upgraded. This armor provides no energy or ballistic resistance at all and only 5-6 defense points overall.

Where to find: Vault-Tec armor can be found worn by Vault 81 guards and a special variant is worn at The Covenant. Merchants do not sell this armor.

Legendary armor can be literally any piece of armor. These special items give randomly generated perks that range from improved damage against certain enemy types to even buffs to your SPECIAL stats.

Where to find: Legendary armor parts are only dropped by “Legendary Mobs” which are very powerful variants of existing enemies. You can tell if a Mob is legendary if there is a star by its name when fighting them (same goes for legendary items).

How To Obtain High Tier Armor Early In The Game

As a starting player it is desirable to get the strongest possible armor as soon as you exit the vault.

At levels 5-10 it is recommended to visit the abandoned town of Jamaica Plain. There, you can find a set of High Tier Combat Armor without a helmet on the 2nd floor of the Jamaica Plain town hall. The set of armor will be worn by a dead Gunner named Sal. Be warned; there is a high number of feral ghouls roaming the town that can prove dangerous to low level players. To deal with them quickly, it is highly recommended to bring a weapon such as a shotgun to cripple the ghoul’s legs using VATS or simply aiming at their lower torso. Doing so allows you to move around freely without the fear of ghouls overwhelming you due to their immobility.

To obtain the high tier Synth Armor early in the game, it is best to visit University Point. There are several synths located at this town equipped with armor parts. At the beginning of the game (and as a low level), the synths will be both hostile, and a challenge to fight. Like the feral ghouls, it is best to dismember the synths with VATS. Try and destroy their arms first so they are unable to utilize weaponry!

Most armor sets can be upgraded to improve on existing damage resistance or add modifications that affect certain player attributes. Upgrades can be done at armor workbenches which can be built at settlements or commonly found near stationary merchants.  There are 3 armor levels that build on damage resistance. Standard, Sturdy, and Heavy. Standard being the lowest, and Heavy being the highest. It should also be noted that mods and upgrades require materials just like how building settlements require them.

There are numerous armor modifications that you can outfit your armor with that affect all kinds of aspects for your character. From stronger radiation resistance and more carrying weight, to improved sneaking and higher melee damage. It is highly encouraged for you to check out what mods are available for the armor you wear, and to mix and match these mods to your liking!

To get the most out of armor upgrades and modifications, you must upgrade the armor workbench. To do so, it requires the Armorer perk which allows you to unlock stronger armor upgrades and mods. There are 4 ranks to this perk, the minimum rank requiring level 3 STRENGTH and to be player level 1 while the highest rank also requires level 3 STRENGTH but player level 39.

Another useful perk to have is Sneak. This 5-rank perk makes you harder to detect and can be useful for people that would like to wear somewhat heavier armor but not entirely sacrifice the element of surprise! To use and upgrade this perk, all you need is level 3 AGILITY

If I'm not working or spending time with the family I'm probably gaming. Some of my favorite recent games I've played are Far Cry 5, World of Warcraft Classic, and 7 Days to Die.
Subscribe
1 Comment
Most Voted
Newest Oldest
Inline Feedbacks
View all comments

hi can u make a 7 days to die guide