I am getting close to completing my first play through of Fallout 4, and rather than going down the pistol-firearm route, this time I chose to take the more dangerous but to me infinitely more satisfying route of building myself a melee fighting head-case who prefers to wade in and beat super-mutants to death with bats, blades, knuckledusters or anything else he can swing around his head.

So, I feel I should impart to you my guide to creating a melee fighter in Fallout 4…

Firstly, as it is with all builds it’s very important to make sure you pick the right perks. For a melee fighter you want to focus on strength, which increases your melee damage and rather handily also means you can carry more stuff as well. Endurance is also very useful, as it is for any build. Endurance dictates the amount of sprinting you can do and the amount of damage you can take. 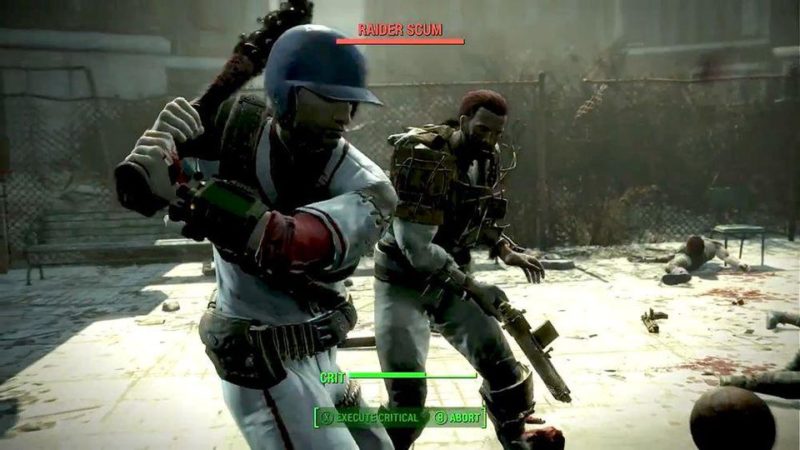 You will want to invest at least 4 perk points into the Big Leagues perk, which will give you 80% damage increase, the chance to disarm opponents and much more importantly you’ll now hit every opponent in front of you with each swing.

Endurance is full of useful perks, AquaBoy / Aqua Girl removes the danger from water, Ghoulish makes radiation actually heal you and Adamantium skeleton lowers the damage you take. Don’t ignore these just because they are more passive than other perks, they’re quite literally lifesavers. Especially, the Lifesaver perk of course.

As you would with your fire-arms, make sure you have a number of melee weapons on you of different types, or to be more specific different speeds. You’ll need something slow and heavy like a Super Sledge, Grognaks Axe fills my medium speed slot and a Ripper for the very fast weapon are the three I would recommend. I also keep the 2076 World Series Baseball bat from the Jamaica Inn treasure vault with me as well, because the sheer joy of ‘knocking someone out of the park’ is almost impossible to beat.

Not only that, make sure that these weapons have the best mods you can get attached to them. Never underestimate the importance of bleed effects, stuns, and additional limb damage, it’s like free damage and free damage is good. 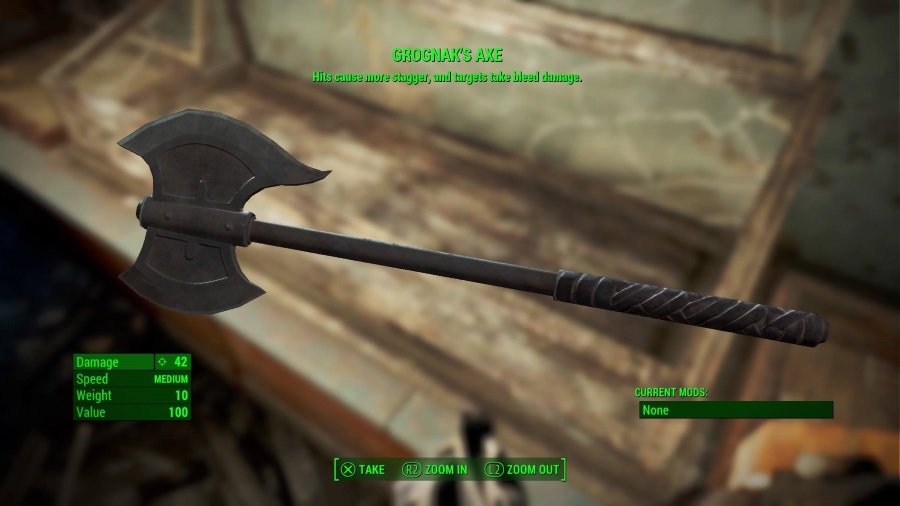 So you’ve chosen the right perks, and you’re keen to get out there and park your bladed aluminium baseball rather severely in the skull of a ne’er-do-well. There are a few things to consider.

Firstly, learn to block.  Many of you gunners probably never block and 99% of the time you don’t need to, but if you want to go toe to toe with someone you’ll need to learn how. At the moment your opponent is about to strike, hold down the right mouse button and you’ll block and temporarily stun your opponent, allowing you get the odd free strike in. Of course, you’re opponents will also be trying to block so it does go both ways.

The second thing to know is the speed of your enemies should dictate the speed of the weapon you use. Trying to use slow weapons like the super-sledge on really quick enemies will see you getting blocked and stunned more often, and never getting that swing in which ultimately leads to your demise.

As a final note if you’re fighting a powerful enemy and your critical gauge is full, switch to your heaviest and most powerful weapon run in, hit V.A.T.S, attack once, and hit space bar to deliver a giant powerful critical straight in their mush.

So there you have it, my quick and dirty guide to melee fighting in Fallout 4. I’d love to hear any tips or hints that you have, as I’m always looking for that Deathclaw one hit kill, and I’m getting close…