Tomatoangus, whose name was recently altered to make it a touch less crass, used a model that he crafted out of trash one might actually find in a post-apocalyptic wasteland to illustrate just how a particular exploit he uses actually works.

While blasting through a speedrun of all of the main Fallout games, Tomatoangus used a number of exploits to achieve the Speed force level feat of completing said run in right around 2 hours and 16 minutes.

Fallout games, especially after they began do be developed by Bethesda, are notorious for having an epic amount of bugs throughout them.  Some of them, like punch warping, are actually useful to players and can be exploited to their gain.  This particular bug was no different and Tomatoangus expressed this to an audience of onlookers quite aptly. 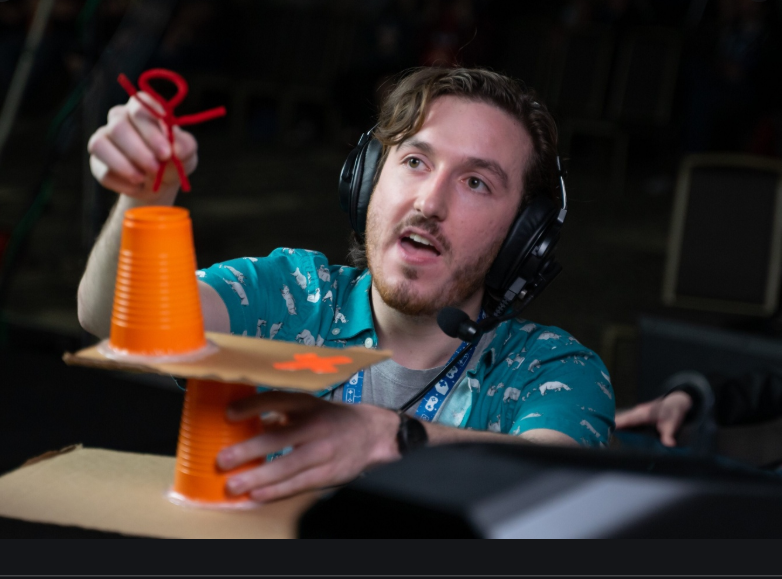 In a section of the game early in the story, where the player is sent to a vault that uses an elevator shaft to connect to the surface.  Rather than use this shaft to return from whence he came, Tomatoangus instead explained to the audience that one could use a glitch to step out of bounds and be immediately transported to the exit door.

He further explained, during a story scene, that it saves a player about 40 seconds and that it takes longer to explain how the glitch works than to actually do it.

Kevin is a writer, editor and house spouse who finds great joy in supporting other writers in their creative endeavors. He's an avid player of games, from Mario to Doom Eternal, and regularly is the Dungeon Master for at least two D&D games a week. Kevin has always believed that the story was the most important part of any game with a narrative, and even some without one, and from a young age poured over the manuals for games like Mortal Kombat and Diablo to get the 'full story'. He lives in central Missouri with his amazing wife and immortal, but deaf cat Haley and spends much of his free time wasting it on Facebook, desperately trying to pursue his own creative endeavors, and playing games that most people finished like two or three years ago. Kevin can be reached, not surprisingly on Facebook.
Subscribe
0 Comments
Inline Feedbacks
View all comments