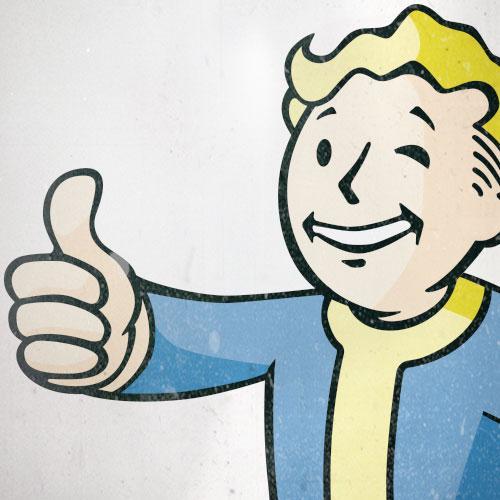 Fallout 4, the latest in the franchise is due to be released tonight at midnight for PC, Xbox1 and PS4. While I wait, impatiently, lactating at the prospect of more wasteland RPG goodness, I thought it would be good to look back over the last two games and compile my insanely brief list of what is it about them that makes me want to giggle like a school-girl…

Any game that spans what seems like the best part of an American state is invariably worth the money. There may be a few examples where this isn’t the case, but Fallout games aren’t one of them. Fallout 3 and Fallout New Vegas are big; bigger than you can explore in the normal course of one game and amazingly the next one is set to be even bigger.

VAT’s or the Vault-Tec Assisted Targeting system has appeared in both Fallout 3 and New Vegas. When you’re being attacked by all the freaks and mutants that the wasteland can through at you it’s good to know that you can pause the action at pretty much any time and make some calculated, calm and precisely measured shots. Well, ok maybe not at the start, you’re still pretty much just shooting wildly, but once you’ve put some points into your firearms, you can just keep doling out the headshots.

Probably not high on many people’s lists, let alone number one, but I really loved the radio stations that come as standard with every fallout Pipboy. When I first started playing Fallout 3, I was expecting the usual kind of music, there would be some heavy-bass thumpathon music for the action sequences and some twinkly atmospheric stuff for the rest of the game. When I switched on the radio and found Ella Fitzgerald, Billie Holiday, and Cole Porter singing back at me, I was more than a little surprised. After a while, it started to remind me of The Clockwork Orange in that happy, non-violent songs were starting to be associated with the blowing off of limbs and warlike destruction. Well done, Bethesda, well done.

These aren’t the only good things about Fallout 3, and New Vegas but they are what stick out for me, the things that elevate them above the standard cookie-cut rpg’s.

Only hours left till the release of Fallout 4, let’s hope it lives up to its name.