Our forces had almost completely fallen to the Akaviri, our lands raped by the merciless empire led us to forge an unlikely alliance.

During the second era the Nord and Dunmer had become desperate in attempts to hold back the Akaviri invasion. The invaders were ruthless and strong, invading Skyrim, Morrowind and finally the Black Marsh giving these races little choice but to band together. Their alliance, the Ebonheart Pact, has become one of the most powerful allegiances in all of Tamriel giving the Nords, Dunmer and Argonians a fighting chance at keeping their homelands. 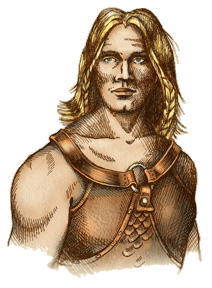 Nords, known as the Children from the Sky, are a race of strong, tall and fair-haired humans that would defend their homeland of Skyrim to the death. These humans are known for their tolerance to brutal winters of the North. Trained in the arts of war from early childhood the Nords are more proficient in the arts of combat than most other races. 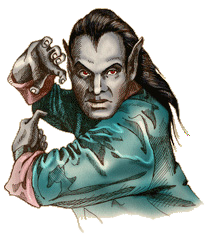 Dunmer, also known as Dark Elves, are a stubborn and independent race of Mer located in the province of Morrowind. The Dark Elves have a balanced set of skills in strength, intelligence and agility making them a versatile warrior. They have a hard time trusting the other races, but have been left without choice during the brutal Akaviri invasions. 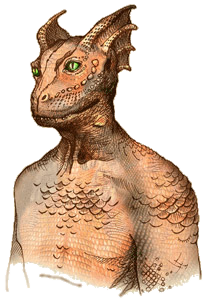 Argonians, captured and enslaved by the Dunmer in the past, have grown strong in their guerilla warfare tactics while defending their borders from invaders. These reptiles have mastered the art of agility making them perfect thieves and assassins. By claiming the Black Marsh as their home they have become immune to the vast poisons and diseases that inhabit the black swamps, giving them a unique advantage in war. 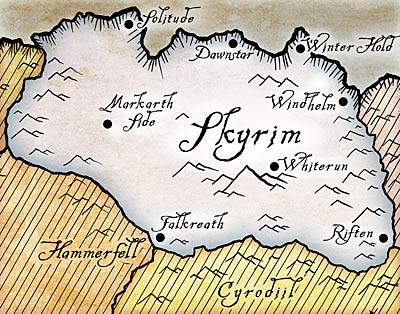 Skyrim is the North-most province of Tamriel and home of the Nords. Usually covered in snow the wastelands of Skyrim are more deadly than the creatures that inhabit it. Also a powerful and wealthy province, Skyrim is home to a number of large cities and the highest mountain in all of Tamriel. 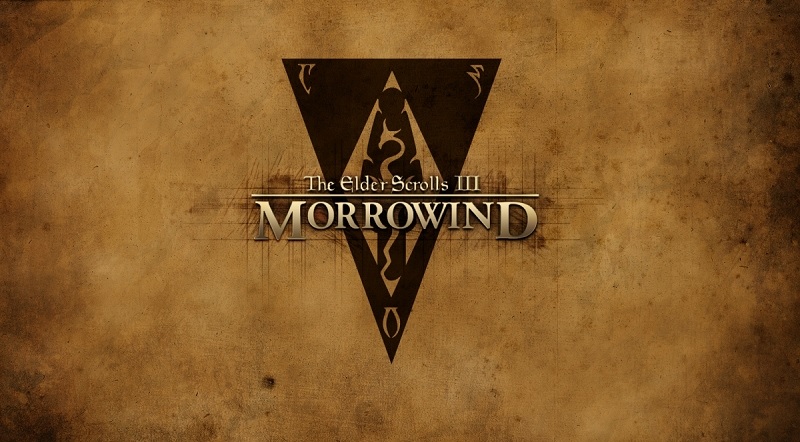 Morrowind, a strange alien-like province, is the home of the Dunmer. Morrowind is the clash of unique cultures from tribes, deadric worshippers and the Great Houses. This land is filled with large mushrooms, barren wastelands and lush grasslands. In the center of the province is the island of Vvardenfell – a volcanic island home of Red Mountain. 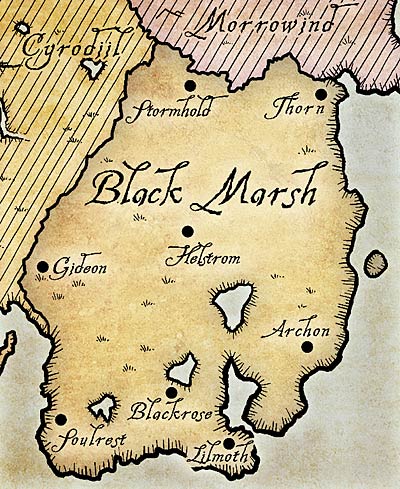 The Black Marsh is an unfortunate place uninhabitable by most humans, because of this it has become the homeland of the Argonians. Filled with swamps, rainforests and mud the Black Marsh is the last place any traveler would want to visit. Throughout the province explorers will find poisonous plants and violent predators waiting for their next meal.

The Nords and Dunmer are long time foes, fighting for each others beliefs and defending their homelands from each other has become a endless effort. In 2E 572, shortly after the 2nd Akaviri invasion, the Nords and Dunmer put their differences aside and began to forge an extraordinary alliance; an alliance that would mark a new era in Tamriel.

The Ebonheart Pact is the most geographically reaching faction giving the Nords, Dunmer and Arognians a tactical advantage in the fight against the Imperial Empire. The size of their territory creates a stronger alliance allowing each race to focus on their own province without having to meddle in any others.