What is the best Elder Scrolls Online Race?

This is a question many players ask themselves when building their ESO characters for the very first time. Naturally, gamers want to chose a Race that suits their playing style, but with all the options made available, how is it possible to know what Race is the best? To help you make a decision, we’ll examine each of the nine Races and then help you pick the very best for your unique playing style.

{Be sure to check out our related article: The Best Elder Scrolls Online Character Class}

The Bretons are members of The Daggerfall Covenant and hail from High Rock, the western region of Tamriel. Bretons have a natural affinity for both spellcraft and swordplay.

The Nord belong to The Ebonheart Pact and come from the northern province of Skyrim. Living in the cold, northern reaches has given the Nord a strong and hardy nature.

The Redguard come from the exotic land of Hammerfell, and are descended from a long line of warriors. These desert dwelling people have a strong legacy as swordmasters.

The High Elves (also known as the Altmer) inhabit the Summerset Isles. They are known throughout Tamriel for their strong magical abilities.

The Wood Elves (also known as the Bosmer) come from the southwest province of Valenwood. They’re at home in the wilderness and have a natural affinity with the woodlands.

The Dark Elves (also known as the Dunmer) hail from the province of Morrowind. They are known for their intelligence, agility, and aloofness, preferring to keep to themselves as much as possible.

The Orcs (also known as the Orsimer) are a strong people known for their heavy armor and weapon craftsmanship. While they may look beast-like, the Orcs descended from a group of Aldmer and are part of the Elf race. Living in the harsh mountain regions of western Tamriel has made the Orcs tough and resilient.

The Argonians are a reptilian people who hail from the region of Black Marsh. Survival in the dangerous swamp environment has given the Argonians a nature resistance to sickness and disease.

The Khajiit are a feline people who inhabit the province of Elsweyr. They are known for their strength, agility, and stealth.

Now that we’ve examined the nine Races, which one is the best? To answer this question, you first have to determine your unique playing style. Are you:

If you’re the second type of player (stealth and ranged attacks), you’ll be playing a Nightblade. For you, the best Elder Scrolls Online Race is either:

If you’re the third type of player (magic-user), you’ll be playing a Sorcerer. For you, the best Elder Scrolls Online Race is either:

Picking the best Elder Scrolls Online Race is a personal choice. If your playing style tends toward magic use, are you restricted to being either a Breton, High Elf, or Dark Elf? Absolutely not! The Elder Scrolls Online provides a robust platform where you can create any type of character that you see fit. Do you want to be an Orc Sorcerer? Go for it! How about a High Elf Dragonknight? Nothing’s stopping you.

Remember, the above guidelines are given as a suggestion only, based on the initial strengths and inherent abilities of  the different Races. Ultimately the best Elder Scrolls Online Race is the one that will give you the most enjoyment when you adventure in Tamriel. So get out there and start exploring! 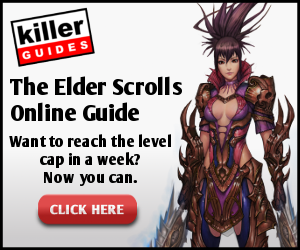 Shane Scarbrough is the founder of the Skyrim Fansite. He's a business owner, video game journalist, and role playing game aficionado. When he’s not working he enjoys reading, writing, and playing video games. He's currently on his third playthrough of Skyrim, and is playing as a Templar in The Elder Scrolls Online. You can find Shane on Google+ and FaceBook.
Subscribe
5 Comments
Most Voted
Newest Oldest
Inline Feedbacks
View all comments

Orcs are a part of the elf races . They’re orsimers .

Thanks Nocif — good call, and thanks for catching my mistake. Technically, the Orcs descended from a group of Aldmer and should be listed as one of the Elf races. The common argument is that Orcs are one of the Beast races because they USED to be Elves… this is incorrect and inconsistent with ES lore though, and the correction is forthcoming.

Hey Shane, just wondering how viable a Breton Sword and board character is? I’m getting the game ESO via Playstation when it launches, and I’m torn between redguard or Bretons. I love the Breton armor and culture, and I don’t prefer the Redguard culture ad is, but I can make it work with some imagination! As someone who already plays ESO, is this a viable build? (P.S, I’m looking at DK or Temp. For my classes)

Thanks for writing 🙂 Yes, a Breton sword and board character build is definitely viable. If you go with the Templar class, The Tamriel Foundry has a nice character build designed for a 1H Shield Breton: Valiant Breton Templar Tanking Build.

The really cool thing about ESO is that you’re not truly limited by Race. Any Race can wear any armor style (and yes, the Breton armor is really cool — especially the Heavy Armor IMO). True, certain Races have certain strengths and inherent abilities right out of the gate, but nothing that can’t be overcome. You’ll be spending hundreds of hours playing your main character, so I think it’s more important to pick a Race you like (culture, lore, etc.).

Thanks Shane, I’ll definitely look at that!