The Wraith is one of the original trio of Dead by Daylight killers, available way back when the game was released in 2016. At the time, he was arguably the trickiest to play, since his power didn’t actually do damage. While he’s now a relatively simple character compared to more recent Killers, there’s plenty of depth to playing Wraith effectively, and his power isn’t always intuitive to use. In this guide, we’ll help you bing bong your way to victory! Below, you’ll find general information on Wraith, strategies, tips and tricks, plus advice on the best perks and add-ons for the Wraith.

Use the contents button to find a specific section in this guide, or click one of the buttons below to navigate to our guides on Wraith’s best Add-ons and Perks. 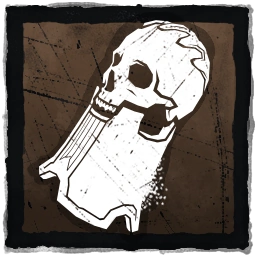 Wraith can press and hold the Power button to cloak. While cloaked, Wraith is undetectable (no terror radius/red stain), has increased movement speed (6.0 m/s from 4.6), and is invisible beyond 20 meters or when standing still — closer than 20 meters and the Wraith is visible as a shimmer. While cloaked, the Wraith is unable to attack, although he can still interact with generators, lockers, and breakable objects.

Pressing and holding the power button again will uncloak Wraith, giving him a 1-second speed increase once he becomes visible. However, his speed is significantly decreased while ringing the bell to uncloak (which takes 3 seconds). When cloaking and uncloaking, the bell will ring, audible up to 24 meters away — the whoosh sound that cloaking makes is audible up to 40 meters.

The Wraith’s perks are generally well-suited for beginners, but don’t offer as much power as the perks of other Killers. Bloodhound is nice for tracking Survivors, especially when paired with Sloppy Butcher, and Shadowborn can make patrolling slightly easier (and help with motion-sickness), but Predator doesn’t offer nearly enough extra information to warrant taking over basically anything else.

Pools of Blood are a brighter red, and appear for 2/3/4 seconds longer than normal.

How to Play as The Wraith

As a stealth killer, but with a fairly simple-to-use stealth mechanic, the Wraith is considered of average difficulty to play. Below, we’ll discuss overarching strategy and tactics, and then examine how to play the early, mid, and late game as Wraith.

Keep in mind that the way you play is dictated not only by your Killer, but by the map, your perks, and the perks and playstyles of the Survivors in the game. It’s important to always be flexible — make decisions based on the game state, rather than just on your pre-determined strategy.

Since Wraith doesn’t have any one-hit-down mechanics or abilities, you have to ensure you don’t waste any time getting your first hit. To accomplish this, you’ll need to make full use of your stealth. Don’t approach generators from the middle of the map or the open. Instead, approach from cover, and ideally from “behind” the Survivors (relative to the middle of the map). When getting close to the generator, stay behind cover and listen for the sounds of repairs — if a Survivor can be heard, you should try and uncloak while still behind cover.

The reason for this is two-fold: first, approaching from the middle makes it more likely that you will be spotted, since that’s the direction Survivors will generally be looking. Second, Survivors will generally run when they hear your bell, and they’ll want to run away from where they think you are. Since you’re uncloaking behind cover, they won’t know where you are, and with any luck they’ll run away from the middle of the map, right into you.

Although you do want to uncloak behind cover whenever there are pallets or windows nearby, it’s even more important that you quickly land a hit when coming out of cloak. Sometimes it’s best to simply position in such a way that there aren’t any loops or pallets they can run to before you uncloak and hit them, rather than worrying about uncloaking while hidden.

Alternatively, if you’re able to approach unseen, you can try and block Survivors before uncloaking, making it impossible for them to avoid the first hit. Even if you can’t completely block them against the gen, making them run around you will still make it easier to hit them.

Unless the Survivor runs into a dead area (with no loops or pallets), you’ll want to cloak after landing your initial hit. Not only does it help you catch up faster, it gives you a lot more options in a chase. After cloaking, you can:

If you do decide to continue chasing, keep in mind how much you slow down while uncloaking when making calculations about when you can uncloak and land a hit. Often, your best bet is to actually get in front of the Survivor and cut them off from resources. Generally, this means standing in front of the window or pallet so the Survivor can’t use it.

While Wraith is decidedly not the best character against loops, it is possible to use the speed boost from the uncloak as an anti-loop, even if the Survivor manages to get to the pallet before you can block it. Position on the halfway point of a loop (ideally on the shorter side) and start uncloaking. Commit to a side right as you finish uncloaking, and do a lunging attack. If you’re lucky (or they’re lagging/slow), you’ll be able to hit them before they drop the pallet — otherwise, it’s a 50/50 on whether they guess the correct side to drop the pallet from.

Another trick that’s useful is tapping the power button to fake a hit — this can sometimes bait Survivors into dodging or using their Dead Hard.

How to Play the Early, Mid, & Late Game

When reading the sections below, it’s important to keep in mind that your perks will make a big difference in how you play each stage of the game. For example, if you’re running Hex: Ruin, you’ll want to commit less to chases and focus more on applying pressure. While running end-game perks like No One Escapes Death, you can worry less about defending specific gens and focus more on getting as many hooks as possible. Therefore, the tips and strategies below are meant generally, and will not apply in every trial.

At the start of the game, you’ll want to take advantage of Wraith’s increased movement speed while cloaked to apply pressure across the map. You should be picky about when you decide to continue a chase after the first hit — depending on how long it’s been since you’ve pressured the other survivors, you may not want to continue a chase if the Survivor still has resources nearby. It’s very important to be able to accept that after breaking a pallet or two, you sometimes need to give up the chase and go apply pressure elsewhere.

Assuming your early game went well, some Survivors should still be injured, and/or you’ve already got a few hooks. Try to hunt the injured Survivors, and/or Survivors you’ve already hooked. Don’t waste time chasing healthy Survivors you haven’t hooked yet — get a hit and move on, unless you’ve got them in a spot where you’ll be able to end the chase quickly.

Note: While focusing on removing 1-2 Survivors from the game quickly is the optimal way to play if you want to win, it isn’t very fun for the Survivors who get killed early. If you can tell your opponents aren’t very skilled, it can be nice to hook everyone twice before taking anyone out of the game. (Obviously, this doesn’t apply to the SWF crew with 4 flashlights and matching names.)

This is also the stage of the game where a few generators will probably have been finished, and so there is less map to patrol. This means that if you hook someone, it can often be a good idea to pretend to leave the hook, then double-back and check on it (ideally after patrolling nearby generators). Your lack of Terror Radius while cloaked makes Survivors unable to tell if you’re nearby, so they’ll often go for the unhook while you’re still in the area.

If the early and mid game went well, you should have eliminated at least one Survivor from the game by now. If you haven’t, make sure you always try and chase the Survivor with the most hooks — the quicker you can eliminate someone, the easier the game gets. This doesn’t mean you should completely ignore the other Survivors, however; if you have the opportunity to get a hit or even a down on another Survivor, you should still take it.

Because Wraith lacks an insta-down, it can be very difficult to defend the Exit Gates if they aren’t on the same wall (which is why perks like NOED and Hex: Devour Hope are strong choices on him). If Survivors manage to complete 5 gens, you’ll often have to accept that some of them will escape, and focus on getting at least one Survivor hooked ASAP. Because your Terror Radius is suppressed while cloaked, you can often pretend to leave a hooked Survivor, then double back and catch Survivors coming for the rescue. Make sure you’re breaking line of sight with the hooked Survivor, in case they’re in a Discord call with the other Survivors.

We hope this guide on Wraith was helpful. Don’t forget to check out the other sections for info on Perks and Addons. Happy hunting!