How to Grind for Bloodpoints in Dead by Daylight


If you want to unlock more perks faster, you’ll need to focus your build, and your playstyle, on grinding Bloodpoints (BPs) 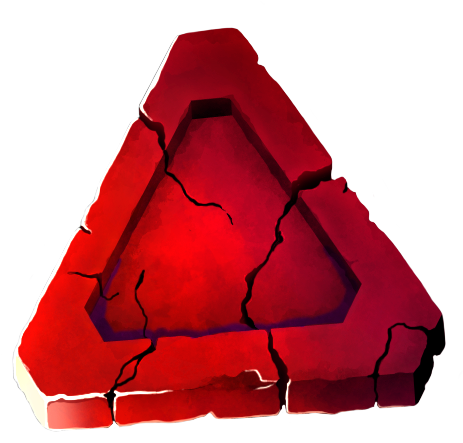 . Depending on if you prefer Survivor or Killer, your strategy will naturally vary. If you have access to Barbeque & Chili (see Killer section below), it will generally be faster to get Bloodpoints as Killer, but it’s totally fine to play as Survivor as well — the game is supposed to be fun, after all.

Whether you’re playing as Killer or Survivor, you should use Offerings to maximize Bloodpoint gain. To best utilize the bonus BP from Offerings, try to adapt your play to the Offering you burn. For example, if you burn an Offering that gives bonus Bloodpoints in the Altruism category, choose unhooking or healing other survivors over doing generators, if possible.

That being said, your best bet for maximizing BP gain is to do as many different tasks as possible, so don’t focus on your Offering’s category at the expense of your overall game.

Daily Rituals and the Rift

To maximize Bloodpoint gain, you’ll want to attempt to complete your Daily Rituals, as well as complete Rift challenges when possible.

You are shown your Daily Rituals each time you login to DBD, and you can also see your currently active Daily Rituals by hitting the

button on the Main Menu. There seems to be more Killer than Survivor Rituals, probably due to the lack of Killer players relative to Survivors.

The Rift allows you to select Challenges that you can complete and then redeem for Bloodpoints. It also lets you farm free cosmetics (or pay for the Premium track), but we don’t care about that — we’re here for the BPs! Hit the Archives button on the Main Menu to access the Rift Challenges.

Although the Rift “closes” after a time, and you can’t unlock the cosmetics, you can always go use the Compendium tab in the Archives to select the challenges in the old “Tomes”. Even old Challenges give Bloodpoints, so it’s definitely worth having a Rift Challenge active at all times until you’ve cleared all past Tomes.

To maximize your blood point gain, you’ll want to try to be as efficient as possible with your actions. Time spent not doing generators, running from the Killer, or helping fellow Survivors is time not spent gaining Bloodpoints. If you struggle to find generators, Deja Vu is a great perk to take. You can also run Empathy or Kindred to keep tabs on your fellow Survivors — this makes knowing whether or not you’ll be able to get the unhook on a hooked Survivor easier.

Try to balance your gameplay. Your end-game goal should be something like this:

Also keep an eye on your score in each category as you complete objectives. If you’ve maxed out your Objectives bloodpoints, try to score points in Bold by finding the killer, or Altruism by unhooking/healing survivors.

In addition to WGLF, you can also choose to run the Prove Thyself perk. This can be a decent choice to squeeze every last BP out of a trial, but it’s extra effective if you’re playing with friends (since you can make sure you’re doing generators together to maximize the co-op action time you can get).

In general, earning Bloodpoints is easier as Killer than as Survivor, because your BP floor tends to be much lower. This is mainly because it isn’t possible to be taken out of the trial early. If you want to maximize BP gain, your best bet as Killer is to try to make the trial last as long as possible. If you kill all the survivors too quickly, or if they escape quickly, you won’t earn as many Bloodpoints.

With that in mind, you’ll want to focus on patrolling and injuring survivors when the match starts. Try to find a Survivor right away, and try to chase them until you can hit them once. If they manage to get to a strong loop or pallet, give up on them once you destroy the pallet and check nearby generators again.

Try to quickly identify 3 or 4 generators that are all close to each other, and guard those generators with your life. Even if it means giving up on a chase, protect those gens. This will guarantee that the match lasts a long time, which is your best bet for earning maximum Bloodpoints. Plus, the more chases you’re in, the more times you kick a generator, the more BPs you’ll earn. You’ll also want to make sure you hook every Survivor as many times as possible, even if that means letting Survivors unhook each other — you miss out on a lot of potential points if a Survivor dies on their 1st hook.

The following Perks will increase your Bloodpoints gained in the Trial.

Beast of Prey (a Huntress teachable) grants up to 50% bonus BP in the Hunter category, which is a maximum of 4000 extra BPs if you max out that category. Unfortunately, Beast of Prey’s gameplay effect, where you don’t have a Terror Radius after you’ve been chasing for a while, is pretty bad.

Distressing is available to all Killers, and grants 100% bonus BP in the Deviosness category (for a max bonus of 8000 BP). It’s in game effect, increasing your terror radius by ~25%, can have an impact depending on your other perks and your playstyle, but shouldn’t make it too much harder to win.

Hex: Thrill of the Hunt grants up to 50% bonus Bloodpoints in the Hunter category, but only while it still has tokens. Each totem cleanses causes it to lose a token, so this is only a good perk to run if you’re doing some kind of Hex-focused build and you plan on guarding them.

You should now be ready to earn yourself some BPs! Let us know if you have any questions about grinding for BPs, or if you have a strategy or suggestion you’d like to share.