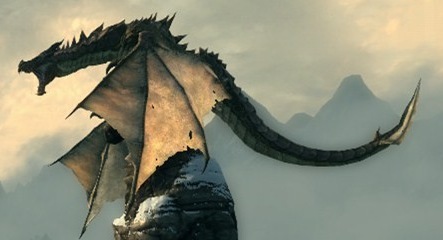 Dragons are some of the most challenging foes you’ll encounter as you adventure throughout the wonderful world of Skyrim. Dragon battles are exciting and fraught with danger. With danger comes reward, however, and Dragon slayers are compensated with treasure — everything from gold and gems to valuable Dragon Bones and Scales (used for crafting Dragon armor in later levels).  More importantly however, as the Dragonborn you will need to slay Dragons in order to consume their souls — thus allowing you to learn the Words of Power (i.e., Thu’um or Dragon Shouts). To gain an edge in battle, players should know their enemies. So without further adieu read on as the Skyrim Fansite presents a concise guide to Skyrim Dragons.

Dragons were once very common throughout all of Tamriel before becoming nearly extinct. Massive, reptilian, and beast-like, Dragons are actually a highly intelligent race who developed their own written language and speech. Their spoken language can be used to cast the Thu’um — a powerful magic also known as Dragon Shouts. In their own language, a Dragon is called a Dovah. The Dragonborn in turn is called Dovahkiin. Once thought long dead, Dragons have recently made a comeback in Skyrim.

As your character’s level increases in Skyrim, the difficulty of the Dragons you encounter will typically increase. Here then is a list of the common Skyrim Dragons and their important statistics:

Besides the common Dragons highlighted above, there are certain unique Dragons in Skyrim you may encounter. These Dragons fall outside the scope of this guide, and will be addressed in later posts. These Dragons include:

Dragons will attack adversaries with their enormous teeth and tails (see above table for damage rating). In addition, Dragons will use magical Shouts in battle. Individual Dragons have the ability to breath either fire or frost (the Frost Dragon can only breathe frost and the Revered Dragon can only breathe fire). The damage rating of each Shout is followed in parenthesis. 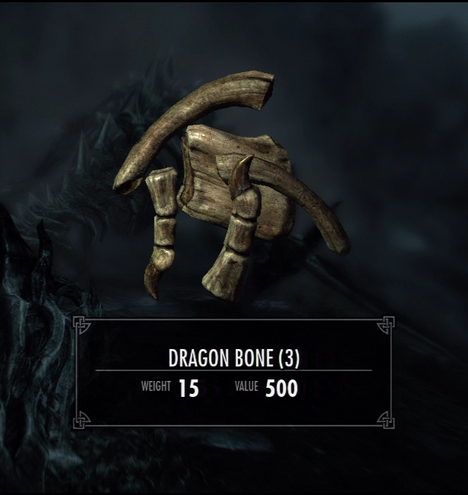 Killing Dragons can be quite profitable. After slaying a Dragon and consuming its soul, a player can search the pile of bones for valuable loot. Typical treasure include:

Revered and Legendary Dragons are also known to have Daedric weapons and armor.

Dragons offer worthy opponents on the battlefield. Rushing headlong into a fight will often have disastrous results (see the Skyrim Fansite video below entitled How Not To Fight a Dragon). Patience and a well-thought out battle plan are a player’s best friends when it comes time to face these menacing foes. Keep these simple combat strategies in mind: