Kingdom Come: Deliverance – The Highs and Lows of the Pursuit for Realistic Gameplay

When Kingdom Come came out in 2018 it was facing sky-high expectations. After being in Kickstarter-funded development for four years backers were looking for a return on their investment and for the game to meet all of its campaign promises. While the game launched with a handful of bugs, in 2021 the game holds up extremely well. The developers, Warhorse Studios, has invested a massive amount of energy over the past 3 years to make sure that the bugs were fixed and that the game would age gracefully.

Overall, Kingdom Come: Deliverance offers an unparalleled experience in the niche genre of historical RPGs. That said, the game holds up even compared to the majority of its open-world RPG counterparts. 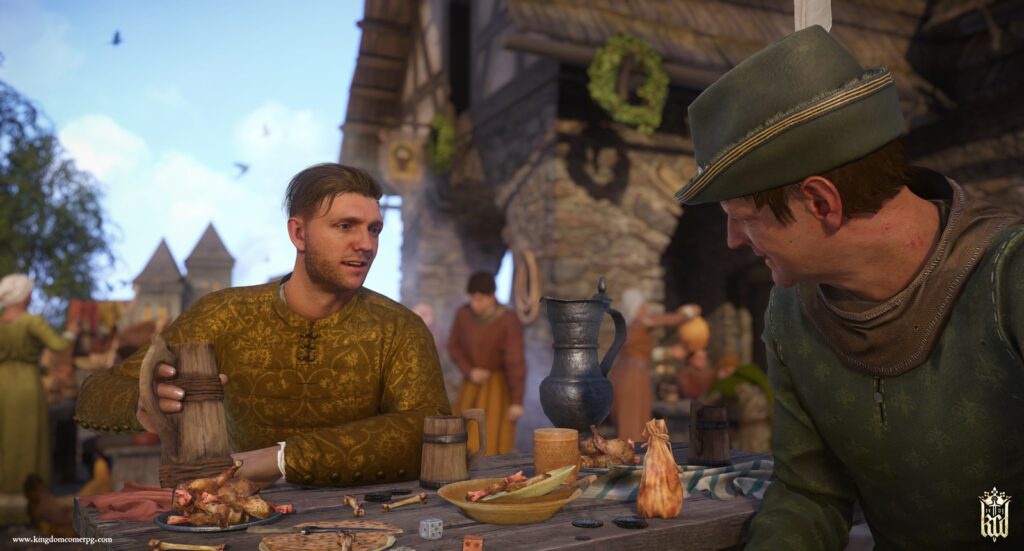 What Kingdom Come: Deliverance Does Well

Kingdom Come: Deliverance is one of the most immersive games I have ever played. The lack of fantasy elements makes it significantly easier for players to suspend their disbelief and become fully engrossed in the story. After all, Henry starts out as just a normal son of a blacksmith. He isn’t chosen by fate, overly powerful, or saved by deus-ex at any point. His progression from every-day-joe to regional hero is one that is rewarding and accessible to a wide audience. I found myself really rooting for Henry and actively wanting to help him become a better warrior, politically important, and just a better man. This is where the greatest success of Kingdom Come – its story.

It is important to mention that Kingdom Come: Deliverance isn’t only good because of its stellar storytelling. In fact, the combat in Kingdom Come is what makes it shine bright in an overcrowded sea of sword and shield open-world RPGs.  Combat in Kingdom Come feels natural and fluid. It is not simply “smash A to win” nor is it “repeat this combo to overpower your foe.” A player has to be responsive and actually react to their environment, the weapon choice of their opponent, and treat each combat seriously. One of the places where KC:D’s realism gets it right is the actual danger that combat poses. Even at his most powerful, Henry can still be taken down easily by a low-level opponent if the player lets their guard down. This game really reminds you that swords are dangerous and that humans can not just soak up 20 direct hits from 10 pound sharpened pieces of steel and just go about their day afterward.

In addition, the way you gain XP  feels extremely natural. After all, it is as realistic as it gets – the more you do stuff the better you get at said stuff. There are very few exploits or workarounds to this system. Something also feels much more accurate about the idea that you gain XP for every successful arrow strike and successful block, not just by mindlessly killing things. Players are never in doubt as to how they can level up their stats and that just builds upon the immersion levels of a game that already sets their players up to feel like they are walking directly in Henry’s shoes.

While Kingdom Come’s quest for realism leads to many of its most enjoyable features, it also created its most frustrating mechanics. At best, Warhorse Studios’ vision for realistic eating, bathing, and sleeping are tiresome after a while. At their worst, mechanics like lockpicking on a gamepad/controller are almost completely unusable. In fact, the lockpicking mechanic was so difficult on controllers (IE broken) that Warhorse had to implement a “simplified lockpicking” feature that players can select in the settings.

Perhaps one of the most noticeable missteps, and one that gatekeeps many newer players to the genre, is the decision to have saving be entirely relegated to be done through potions – and expensive potions at that. Considering how hard money is to come buy in KC:D, this save system forces players to grind and invest in both herbalism and alchemy in order to homebrew these potions. While this is certainly not the end of the world (after all the Savior Schnapps is one of the easiest potions to make in the game), it breaks the illusion that players have a choice in what skills they invest in.

In addition to the mechanical missteps, gear progression in the game occasionally feels unnatural. Buying better armor is so expensive that most players’ only way of upgrading their gear will be through enemy drops. This takes much of the fun away from a player researching a dream loadout and slowly working their way towards it.

In addition, the ability to level up every Skill and Stat to 20 and make Henry a virtual god-among-men. This renders what could have been a unique perk system into something boring and grindy. Virtually every Stat and Skill allows you to select every available perk by the time that ability gets to level 20. This greatly undercuts the feeling of customization and unique character building that this game sorely needs due to having no character customizations when it comes to appearance, backstory, or name.

If you find yourself needing some help navigating Henry through Bohemia, or just want to know the fastest ways to level up your Skills, check out our guides!

Kingdom Come strived for novelty, immersive storytelling, and realistic features. It checked all of these boxes and then some. It provides a truly unique experience. Unfortunately, many of these features can become difficult to manage and can limit user experience. That said, it is a game that any fan of historical fiction needs to play and is sure to stay in their rotation for years to come