Worldbuilding is a hobby of mine. Not the No Man’s Sky kind, more the D+D kind. I’m not very good at it, but I tinker enough to know the hallmarks of a great world. Gaming has plenty of these worlds as well as some not so great ones. But here are a few examples of the best gaming has to offer. 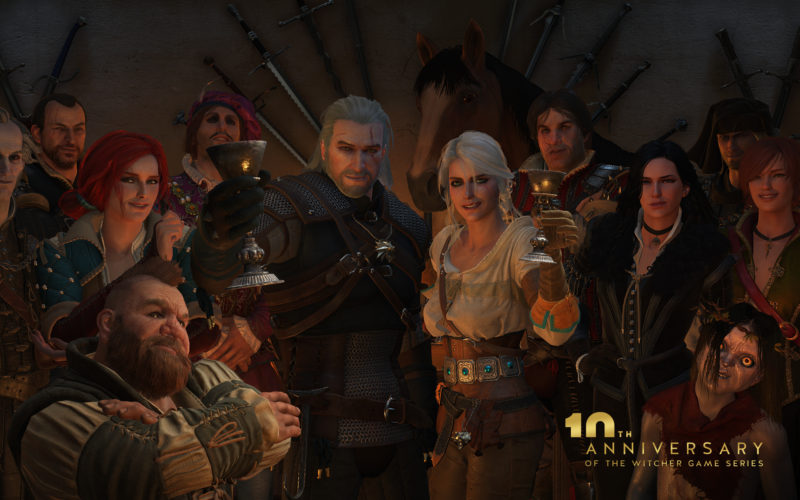 Somewhat cheating since it started out as a book series, but The Witcher franchise does have excellent worldbuilding. Each quest sets out a series of consequences which go to affect the game in the long run. Always changing what characters are willing to do or have done. Quests also present interesting self-contained stories. These stories help to display the circumstances of the everyday commoner and how they survive the dangerous world that they inhabit. Inhabitants of the world have entire subcommunities dedicated to fighting, religion, commerce and even card games.

The franchise does such a good job at worldbuilding that there is probably far too much to unpack here. Ultimately, The Witcher is the undisputed video game champion of world builders. 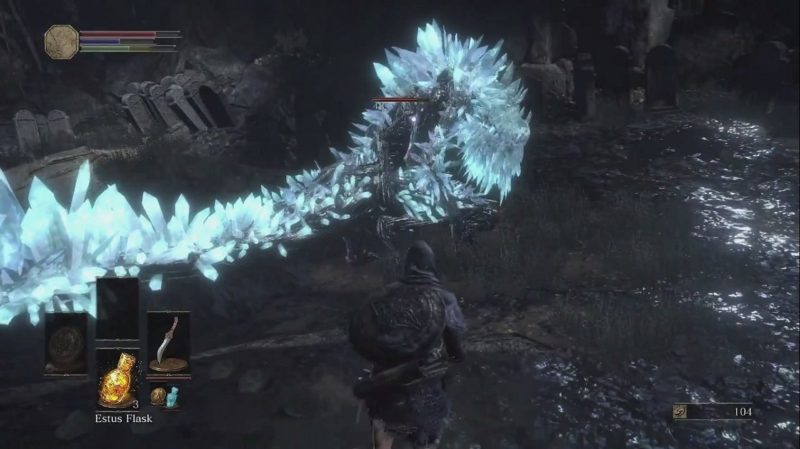 Obvious choice number two! Dark Souls, a franchise built on difficult gameplay and hiding story segments inside item descriptions. Information is drip fed to you, allowing the player to slowly establish how the world used to function. But there is a bit more to it than that. Each location helps to set the tone for what the world was like before it all went belly up. Every enemy lets you know what they used to be by their attire and how they move.

Bosses go to combine all of these techniques, ultimately providing what is probably the clearest sense of storytelling. Old Demon King is a notable example, as the boss pause for a while towards the end of the fight demonstrating a lack of energy. Crafting the world as they have has helped to paint both a metaphorical and literal world. A world that many players still enjoy today. 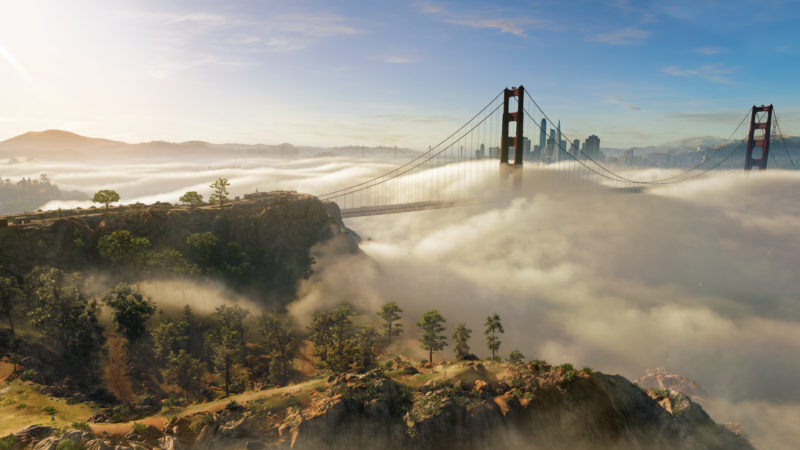 As hard as it is to admit, this game does a very good job at worldbuilding. Especially in the sequel. Every person is connected via CTOS and since you can access this system it allows you witness the specifics of what would normally be filler pedestrians. Each person has their own name, occupation, income and it all goes to making the world of the Watch_Dogs franchise more alive and lived in.

Each area while providing the same kinds of enemy, they all belong to different gangs or are guarded by security companies, much like how a city would function in real life. The fact that for the most part the cities they are based in are modelled fairly accurately goes a long way to help that process. It’s just a shame the rest of the game isn’t as good. 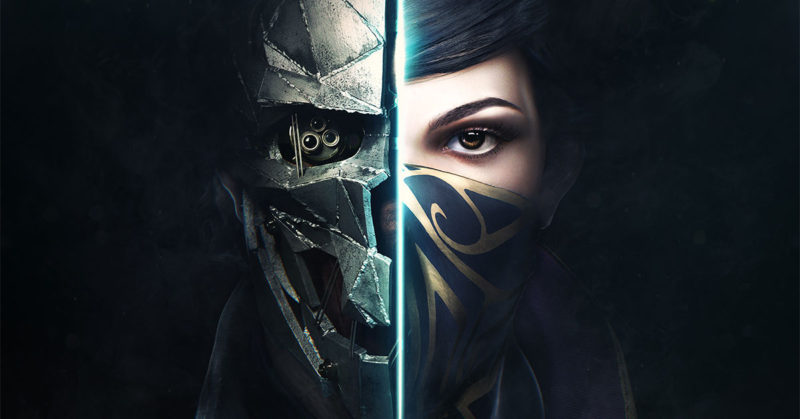 Most of what Dishonored does to build its world is missed. Partly because it’s done in a way that a majority of players would willingly overlook. Books. While it isn’t interesting to read a book in the age of the internet, it is interesting to read a digital book. Dishonored uses its books to detail scientific practices, songs, poems and general history. Paintings on display help to show certain dynamics between characters. Discussions between guards or citizens let you know the local goings on. All of these add up to help form a clear image of the broken world that is being presented to us.

A broken world that is probably symbolised by the void, the source of all magical power in Dishonored. Everything feels like it lives and breathes. Or at the very least struggling to. And a sense of the worlds state is a clear mark of great world building. 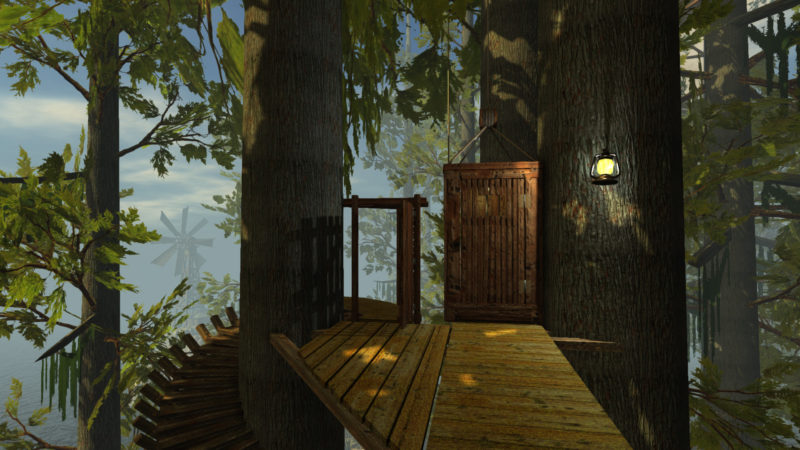 Here a classic of PC gaming (and later Nintendo but we don’t talk about those ports). For those who have never experienced this series, Myst was a point and click adventure game, in which the player had to solve various puzzle in order to escape the titular island. Eventually the series would come to be a bit more mobile, in terms of character movement options. Overall, worldbuilding is at the centre of this game.

The premise was to enter different worlds by using books as portals. Each world had a different theme. From Channelwood, an Age of towering trees and treehouses, to Rime, a frozen mountain Age. Ages also had a unique sense of purpose like they were there to guard something. All of this contributed to the mystery and allure of the game, who’s worldbuilding only improved in future titles.

So those are some great examples of worldbuilding in video game franchises. I’ve probably missed a few or overlooked some elements to these games that improves their worlds. If this is the case leave a comment down below, we’d love to hear.

Joseph is a 20-year-old male who enjoys a variety of video game genres from shooters to strategy, not that he is any good at any of them. He has always enjoyed video games from his childhood as a dedicated Nintendo fan to his exploration of the PC gaming world, which started with Portal 2. Outside of gaming there really isn’t a lot to Joseph. He’d describe his personality as the hat he is wearing which doesn’t really provide a lot of information outside the fact he played too much Team Fortress 2 and picked up some bad habits.
Subscribe
1 Comment
Most Voted
Newest Oldest
Inline Feedbacks
View all comments

Never heard of Myst before, it reminds me of the witness. I find worldbuilding with only simple puzzles to solve kind of dies out; its hard to think of a context for yourself within the space. This is where I think dishonored really takes the cake. Bioshock, Skyrim, Hallow Knight and Don’t Starve also have great worldbuilding. To this day I remember the floating neo colonial cities of Bioshock Infinite. Where the people idolized the founding fathers with the most twisted interpretations of their teachings. Incredible work.