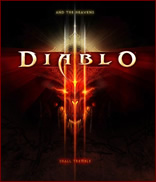 This year, Blizzard’s signature RPG dungeon-crawler series is to have a new addition, Diablo III. Diablo II is one of the best-selling RPGs of all time, but is this latest addition likely to take its place or are developers trying too hard to mess with perfection?

Like the rest of the Diablo series, Diablo III remains true to the dungeon crawler genre. After choosing from one of the 5 possible Classes, you set forth into a land of monsters and magic. Of course, you also start handing out the smack-down to the large variety of nasties and general ne’er-do-wells that inhabit the dungeons and landscapes of the Sanctuary.

Moving away from that rather simplified opener: Blizzard have made some nice changes and tweaks, taking the simple 2-buttoned combat-based crawler and making it into something that promises to be nicely polished and addictive.

For example, both the levels and the encounters themselves are randomly generated, meaning that each game will look different from its predecessor. For me, that’s a big boost to its replayability. Plus, each class has their own personal quests, although I suspect these won’t take up a majority of the game.

The dungeons are also more dynamic: not only will the environment show signs of wear and battle-damage as you fight, but monsters will also climb out of pits or jump down upon you, adding a dimension of surprise.

Thankfully, in Diablo III you will no longer have to play the entire game with your fingers resting on your ‘Quick Potion’ keys, because they have gotten rid of them. Monsters will, instead, drop health orbs which you can pick up as you fight. This will leave your other hand free to do something more interesting… that is, pushing action and skill keys, of course.

Another new addition to Diablo III are runes. These runes work in a similar way to how glyphs work in the World of Warcraft. So, when attaching a rune to a skill, the rune will augment that skill’s power.

Fireballs can be made more powerful, lightning can jump to more enemies, summoned zombies become stronger, etc. Runes are dropped from monsters, and I suspect that there will be a limit to the amount of runes you can use, but fundamentally runes have the power to make every character you create different from any other.

The Witch Doctor is basically the Necromancer from Diablo II, except with voodoo thrown in. So, expect lots of summoned zombies, hexes, curses, and probably the odd poison to sling about.

The Barbarian is your giant mound of muscle, throwing themselves into hordes of enemies to disembowel and dismember large groups at a time. Expect strong physical attacks, pushes, whirlwind cleaves, and all manner of strong weapon-based attacks.

The Wizard is your stereotypical magic user. Marshalling strong fire, ice, and lightning magical attacks to devastate foes. Though, the wizard is not able to withstand large amounts of damage, so don’t rush into mêlée or they’ll be posting your rear-end back to you, special delivery.

The Monk is another mêlée fighter, but rather than using brute force, muscle, and large weapons, he uses martial arts. The monk has honed his fists into a powerful weapon and has trained to avoid or negate damage with his lightning-fast reflexes.

The Demon Hunter is, as his name would suggest, a hunter of demons. The demon hunter is a long-ranged fighter that relies on powerful ranged bow shots (similar to that of a hunter), as well as an array of traps or gadgets.

Gender is also selectable now. So, unlike in the previous games, when gender was pre-determined with class, you now have a free rein. 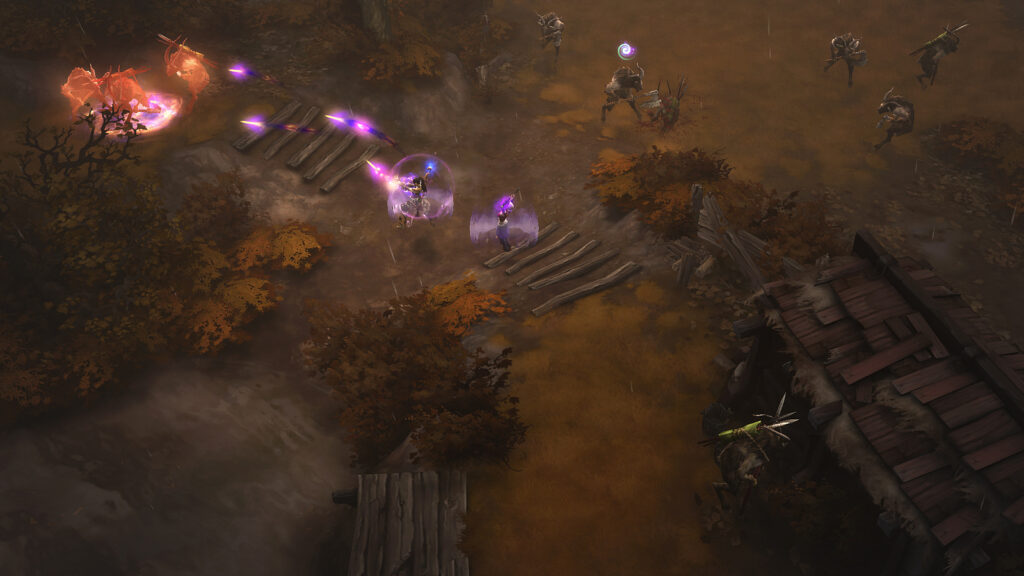 The Crafting system has been completely revised for Diablo III.

Your artisan is an NPC that will do all of your item creation and enhancing for you. There are three distinct areas of crafting that you can unlock for your artisan: Blacksmithing, Jewelcrafting, and Mysticism. However, each of these can only be done once you have performed a quest for that area of crafting.

To craft an item, you break down items you have found into their parts. These components are then used by your Artisan to craft items for you. The more your artisan crafts for you, the better he becomes, and the better items he can make. Not to mention, by scrapping all the items you don’t need you won’t have to return back to the town to empty your inventory as often.

It’s clear that, in reinventing some of the mechanics of Diablo III, Blizzard took some ideas from World of Warcraft. The skill bar looks a bit familiar, runes are like glyphs, and breaking items down is similar to Enchanting. This is not necessarily a bad thing in itself. Though, I have this nagging feeling that changes like these were initiated primarily to tap into the World of Warcraft fanbase, and not to just give existing Diablo players a new and improved experience.

Regardless of why they have made it as it is, it is still winding up to be an attractive game. It looks very well-presented, and it does include some nice features. Although, the one thing that I look for in nearly all games is the storyline and, quite honestly, I can’t actually imagine myself caring at all about why I am killing things. It can’t exactly be very integral to the game.

Like most other new games, it will likely be released with the price tag of around £35. To be honest with you, I don’t see myself paying that amount of cash on the basis of what I’ve read and seen. Though, maybe a free demo where I can actually play a good chunk of the game would help to change my mind. Unfortunately, nothing’s been released yet.

Want to kill large amounts of impressive-looking enemies rendered on dynamic backgrounds with a solid multiplayer option strapped to it? Then this will likely be your cup of tea (or water?). If you are looking for an intense character-driven story featuring deeply thought-out character development and a multi-faceted storyline, you’d probably best leave this one alone.