The Legacy of the 2D Games that Started it All

Modern gaming is an incredible blend of highly advanced technological breakthroughs, slowly blurring the lines between virtual reality and real life. Programs like Unity, Maya, Harmony and others allow artists to develop worlds that range from incredibly realistic universes to fantasy lands we can only imagine in our wildest dreams. These days, industry professionals have the ability to do just about anything they can think of with the tools at hand.

But where did it all start? It seems like just yesterday we emptied our pockets full of ten pence pieces at the arcade, or spent a few minutes blowing our cartridges clean before we could force our little brothers to be Luigi.

The modern games we have today are only possible thanks to the 2D generation that started it all. Without the seemingly small revolutions these games made year after year, never truly bound by the restricting technology of the time, we wouldn’t be where we are today. No matter how many years fly by, there is still something that keeps drawing us back to the classics, again and again.

So let’s check out a few of the 2D classics that changed the way we game. 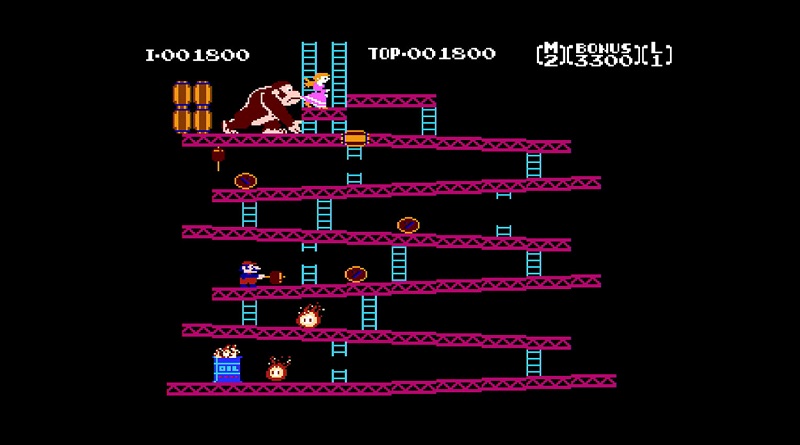 A classic in every sense of the word, Donkey Kong made his mark on the American video game market with the force only an angry ape can bring. The game, released in 1981, was one of the earliest examples of what we now call a platformer, and set many of the standards for the genre.

We’ve never questioned hitting A to jump, but Donkey Kong was actually the first game that made players have to jump (or should I say barrel roll) over oncoming obstacles and enemies. The story of the misunderstood ape, his distraught carpenter-turned-plumber Mario, and Mario’s stiletto-wearing lost love Pauline unfolds in four unique stages – a first for arcade games. It was also the first arcade game that told a visual story on screen in video game format, complete with dramatic cutscenes to enhance the first ever instance of the tragic damsel-in-distress scenario.

Donkey Kong remains a beloved favourite, still appearing in games, documentaries and films to this day. 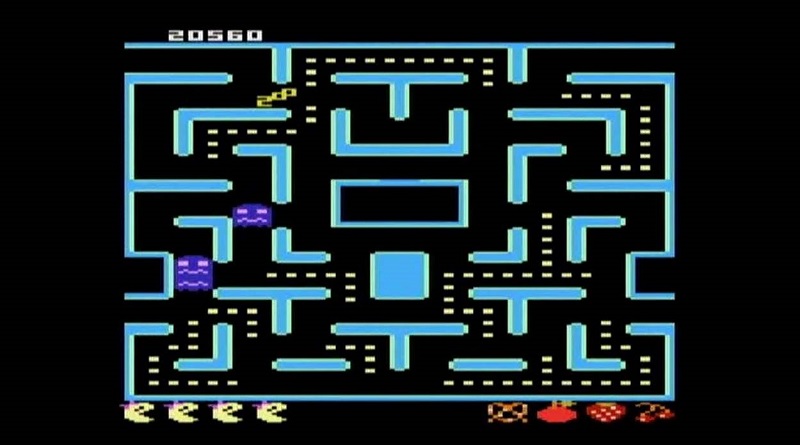 While Pauline was waiting for her knight in shining overalls to come save her, Ms. Pac Man was tearing up the fruit bowl all on her own in 1982. Having a female protagonist was a first for the video game industry, opening the door to a whole new audience.

Although her small but mighty character helped open the conversation about women in the male-dominated video game industry, the new maze designs, non-static fruit, and overall in-game improvements made Ms. Pac-Man one of the most popular video games of all time. 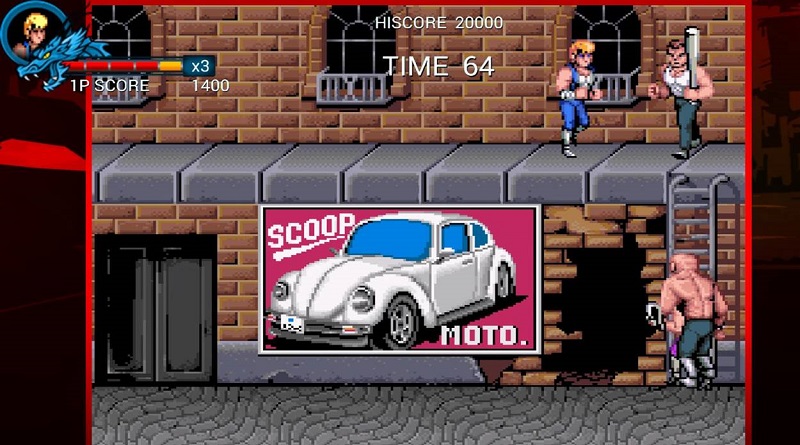 America’s love affair with martial arts in the 80’s produced the perfect atmosphere for Technōs to release a game where a super skilled hero could take on a gang of ruffians and take them down all on his own (sometimes with a little help from a friend).

This first wave of influential beat-em-up’s in the mid-eighties paved the way for the release of Double Dragon in 1987, one of the earliest successful games of that genre. It was one of the first games that allowed you and a friend to take down the boss together, which would become a standard for most of the games we know and love today. Even more impressive than that was the brand new ability to grab an opponent’s weapon when dropped, giving the player the satisfaction of dealing the opponent a taste of his own medicine.

Just when you thought it was all over, the game reveals one last surprise that will draw you right back in. The addicting gameplay and the success of the game itself inspired many other companies to create their own Double Dragon-esque video games, and launched the beginning of a phenomenon. 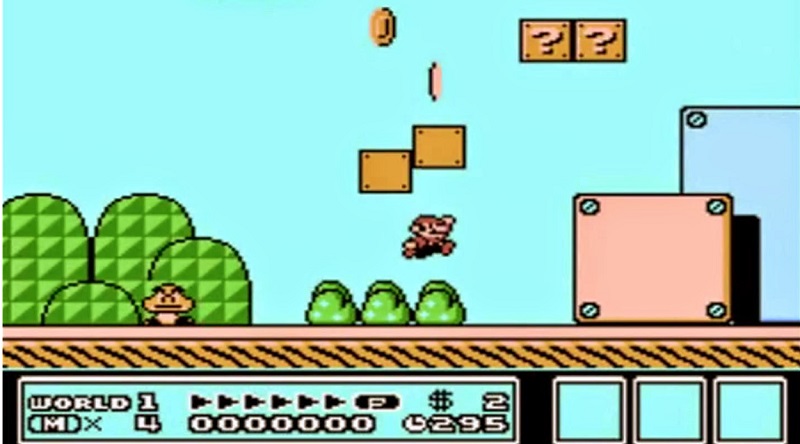 Mario and his unique cast of characters were already a huge win for Nintendo in the 80’s, but when Super Mario Bros. 3 hit the NES in 1988 (1990 in America) gamers knew they had something special. Not only did Mario face a bunch of new and exciting enemies, the gameplay had improved significantly. The world map moved away from traditional game style, and opened up a whole new world of play that didn’t limit players to the linear timeline they were used to. Expanded level design was eye popping, challenging, and thoroughly addictive. Giving Mario the ability to take to the skies thanks to a surprisingly aerial racoon costume brought players to a whole other level of the level, literally. This type of open ended level design made waves in the industry. 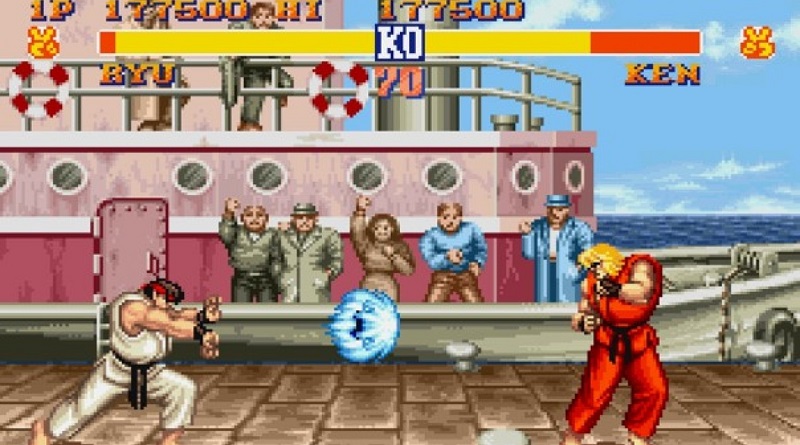 Much like its predecessor Double Dragon, Street Fighter II was released during a time when America was enthralled with all things martial arts. The game was released in 1991, and is widely credited with starting the fighting game craze of the 90’s and revitalizing the struggling arcade business. The phenomena that was Street Fighter II jumpstarted other companies to create their own clones of the game and the genre spread like wildfire.

Many of the classic elements we love today are based off of Street Fighter II’s novel approach to the fighting genre. Allowing players to choose the fighter they want from a range of possibilities seems obvious these days, but at the time it was revolutionary. Gamers were able to try out different characters to get a feel for their unique fighting style, and learn the brand new combo system to bring out the best in their fighter and devastate the opponent.

The six button set up, accurate joystick control, and the use of special moves made gameplay all the more enjoyable – especially when you had the option of playing against your friend (or enemy!). Up until that point, determining the best player meant adding up the high scores. Now, players could face each other in head-to-head tournaments to prove who was the true champion, directly impacting all future competitive multiplayer games to come.

Capcom didn’t limit their revolution to just gameplay, they also pioneered the innovative concept of revisions. They would regularly upgrade the machines instead of just releasing a whole new sequel. The patches and upgrades we count on today stemmed directly from this type of forward thinking.

Street Fighter II also had a direct impact on home video games, boosting SNES sales and holding the title as one of Capcom’s best selling games for over 25 years. 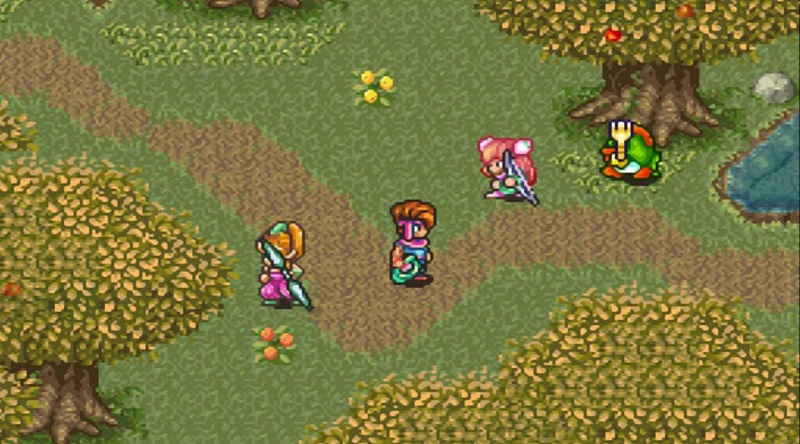 The Secret of Mana was a  Final Fantasy spin-off released in 1993 to much critical acclaim. Everyone from gamers to critics praised it for the colorful design, well thought out plot, and beautiful score, players were able to fully immerse themselves in a new world filled with so many possibilities.

The AI had come a long way, allowing players to customize their computer allies. Real life friends could also drop in to help out (and drop out), thanks to the innovative cooperative multiplayer system.

Role playing games of the time relied on a turn-based system, giving players time to contemplate their next move without interference from their opponent. Secret of Mana taught gamers to think on their feet by introducing a real-time battle system that only paused for the unique Ring Command menu system, helping to make quick decisions in the middle of a battle. Who says you can’t learn valuable life skills from video games? 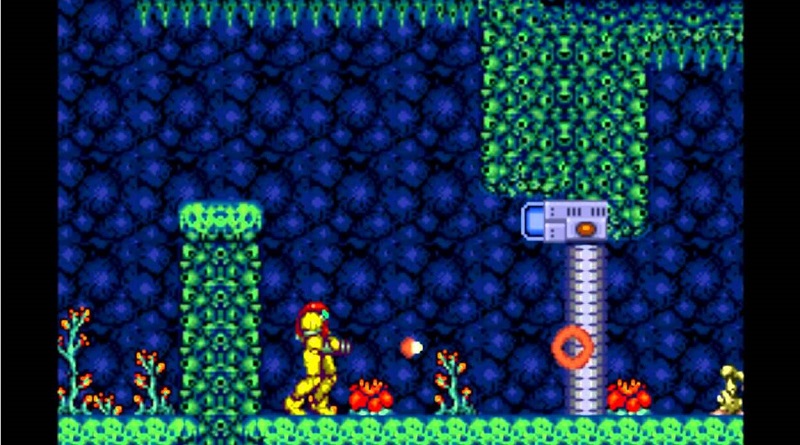 Shedding the lipstick and stilettos of past female characters, Nintendo helped bring female badassery center stage through Samus, the weapon wielding heroine of Super Metroid released in 1994. Samus wall jumped and moon walked her way through a large explorable world that shed its linear confines and encouraged players to rethink what being a platformer even meant.

Sharper graphics, improved integration of story and design, immersive atmosphere, and cinematic inspiration helped dub this fresh look for side scrolling action games ‘Metroidvania’ (a mix of Metroid and the soon to come Castlevania: Symphony of the Night). Metroidvania games lead players through large, interconnected spaces that encouraged exploration in order to gain special items and improvements for their character. This influence spread far and wide from games we now consider classics to modern day indie games.

New additions to the game made Super Metroid a game not to be missed. Inventory screens, automapping, speedrunning, and the ability to fire in nearly all directions are just a few of the reasons this game is still on our radar decades later.

Do you think we missed any game changers? Let us know in the comments below!