Since it’s debut in 2009, Minecraft has earned it’s place as one of the gaming industry’s mainstays.  One of the many reasons for it’s continued popularity is the seemingly constant updates that release fresh, new content for players to enjoy and Update 1.16 is no different.

The Nether Update adds a ton of new content, including three new creepy biomes to explore.

A moody, eerie, blue tinted region composed of soul sand and soul soil and filled with skeletons and basalt pillars from floor to ceiling.  There are also ancient fossils of unknown creatures to discover, and ash fills the air, along with your vision. 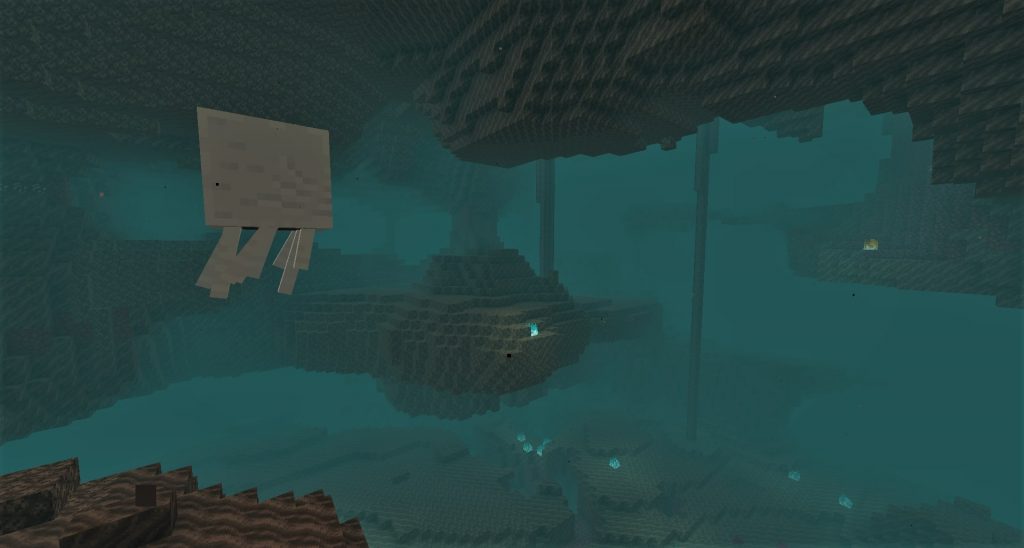 A fungal forest filled with luminescent mushrooms called Shroomlights that light up the dark areas beneath shadowed boughs of the Warped Fungi tree things.  A blue fog completely permeates the area, along with Warped Spores that float freely through the air. 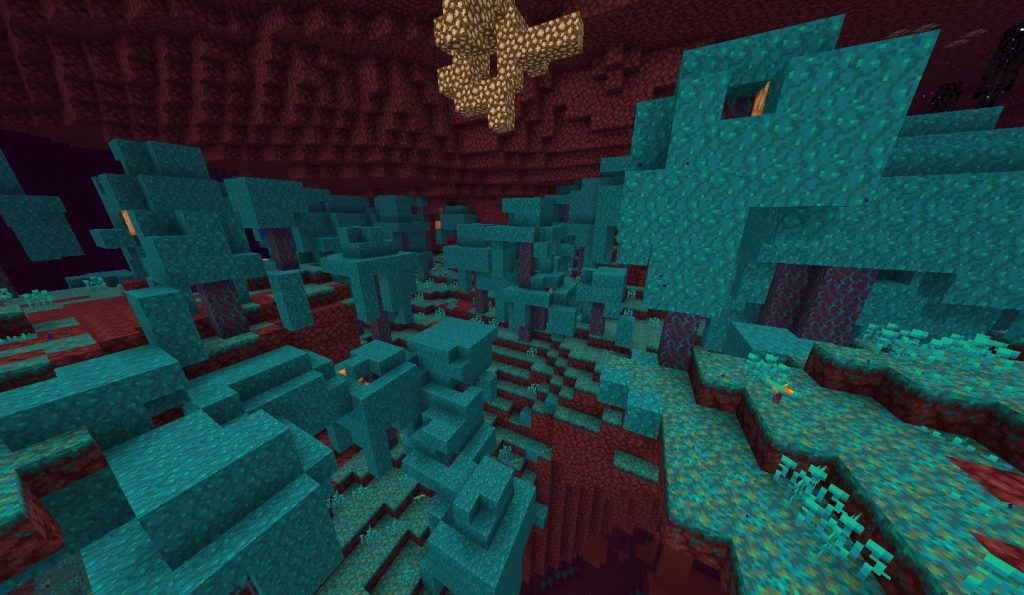 The proverbial red to the Warped Forest’s blue, the Crimson Forest is where players will find Crimson Nylium in abundance and Crimson Spores choking the air they breath.  Unsettling Crimson Vines hang from multiple surfaces lending a slight sense of the macabre to the area. 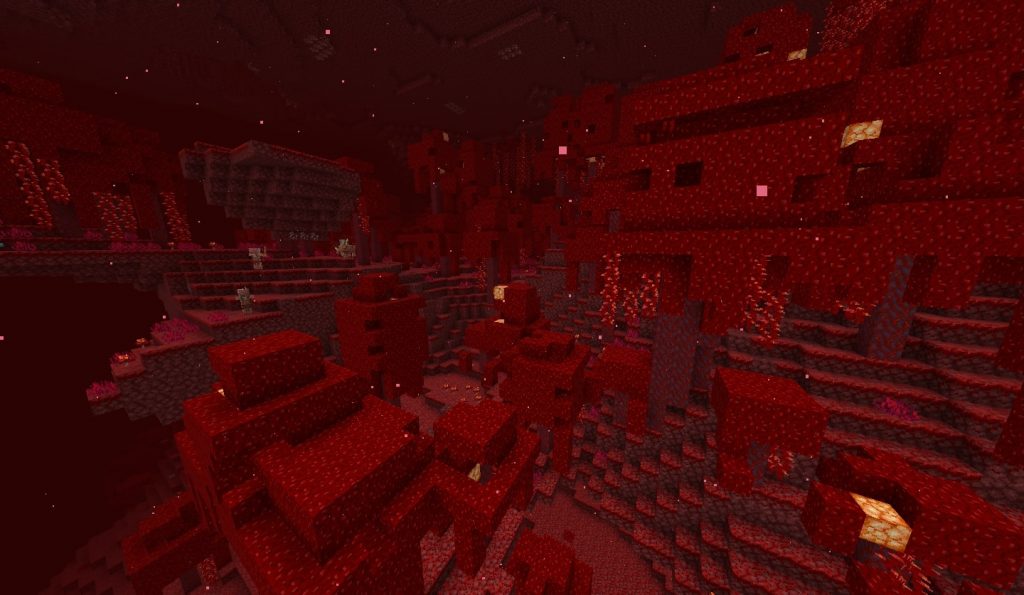 The 1.16 Nether Update is also full of useful new blocks to acquire to help you navigate the exciting new Biomes.  They’ll also be really helpful in the overworld as well!

These creatures are a new hostile mob that seems to absolutely adore gold of any kind. This love of gold is so strong that if the player is wearing golden armor, the Piglins will not even attack and act calmly in their presence. If the player is wearing an entire suite of their nicest golden armor, the Piglin will even engage in trade.  This is, incidentally, how to acquire Crying Obsidian, which is, of course, exchanged for a gold ingot.

These mysterious creatures were originally known as Piglin Beasts. A hostile mob, the Hoglin attacks using its sharp gouging tusks. Don’t be fooled by their adorable floppy ears, they can and will charge you if you get too close. All of that being said, you can apparently breed them with Crimson Fungus.

Don’t forget about the coolest new addition in the update!  There’s finally an upgrade to your gear from diamond!  Netherite can be found in the Nether now and the tools, weapons and armor crafted from it are far superior to Diamond.  Netherite armor is also lava resistant, so even if you fall into a deadly pool and die, that doesn’t mean you have to lose ALL your gear now!  Too bad it doesn’t make YOU immune to lava.  Oh well, maybe next patch.

Kevin is a writer, editor and house spouse who finds great joy in supporting other writers in their creative endeavors. He's an avid player of games, from Mario to Doom Eternal, and regularly is the Dungeon Master for at least two D&D games a week. Kevin has always believed that the story was the most important part of any game with a narrative, and even some without one, and from a young age poured over the manuals for games like Mortal Kombat and Diablo to get the 'full story'. He lives in central Missouri with his amazing wife and immortal, but deaf cat Haley and spends much of his free time wasting it on Facebook, desperately trying to pursue his own creative endeavors, and playing games that most people finished like two or three years ago. Kevin can be reached, not surprisingly on Facebook.
Subscribe
0 Comments
Inline Feedbacks
View all comments