“Last Week, I lost a friend 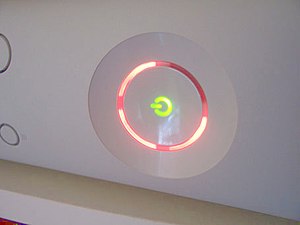 A companion who had been with me for 5 years; someone who had helped me get through the most difficult parts of my life, passed away. That’s right. A few days ago my Xbox 360 started to show the first signs of the fatal Red Ring of Death.

Within hours, it’s internal system broken down until it could no longer perform even the simplest of actions for itself. Death was confirmed on the 28th January 2011 at 17:37.”

Ok, sorry for the thick layer of melodrama I’ve just forced you to wade through but my Xbox 360 really did buy the big-one last weekend. At first it was crashing and showing 4 red rings which usually means it’s an AV cable issue and after pulling out all the cables and plugging them back in it showed signed of recovery and my escapades could continue once more. The next day it crashed again, but completely this time, and nothing could revive it. The 3 red lights of death blinking away, with two red light glows spilling over into the fourth section, making me wonder whether it was 4 red rings I saw at first or just the three and an overflow.

I’m picking up my new xBox 360 tonight. I grabbed it from eBay for just over a £100 which I figure is a nice price for an 11 month old xBox elite.

Although, I’m curious to know how the elite xBox got it’s title. From what I have been able to gather, apart from a bigger hard drive and a HDMI port, the elite is not exactly a million miles away from the regular xBox (or xBox classic, if you will). The elite does not give much more in the way of graphical ability nor any really enhanced sound. Microsoft still don’t seem to deem it fit to put in Wi-Fi or do something about the loud fan and hard-drive noise from the system itself. Plus, the system has not had anything done about the system overheating issue. So unless I only play with my xBox in a wind tunnel, it’s likely to suffer the same over heating and RROD issues as my Classic 360.

With all that said. My last ‘360’ lasted 5 years and 3 house moves before it finally gave up the ghost. So, if I can get the same lifespan from this one I’ve got nothing to worry about. After all in 2-3 years the ‘xBox 720’ (or what-ever it will be called) will be out unless

I get distracted by the ‘Playstation 4’ or ‘Nintendo Wii 2’ of course.