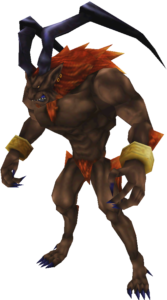 Ifrit’s HP-J ability is a must-have early in the game. This ability provides at least one of your characters with a solid HP base, which in turn gives you the stamina for long fights and the ability to resist powerful attacks.