Skip to content
Forums
Gaming
Sekiro: Shadows Die...
How to Beat the Cha...

How to Beat the Chained Ogre - Sekiro Boss Guide 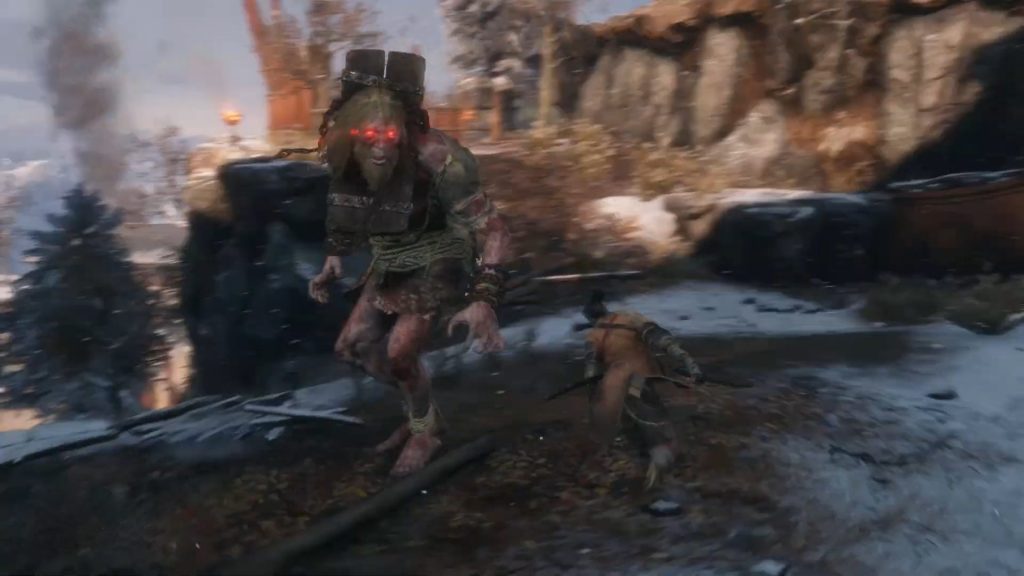 If you're here because you're stuck on the Chained Ogre boss in Sekiro, don't feel bad. The tall, red-eyed fellow we meet in our trek to Ashina Castle's gates is a stumbling block for many, whether new or veteran Soulsborne players. The author of this guide might even have had to try upwards of a dozen times on their first run before they finally took the big guy down! With that in mind, this guide is focused on giving players a simple to execute technique for defeating the Chained Ogre.

NOTE: If you want to see the strategy in action, you can check out our video guide here, or at the end of this guide.

All you have to do is find your dash button (B or Circle on controllers, shift on keyboard+mouse), and get ready to use it. The goal with this strategy is to constantly be circling the ogre while dashing, so that once he targets you and begins an attack, you can quickly be out of the way and ready to counter attack. The ogre's attacks have long wind-up animations, and it takes him awhile to recover from them. Simply lock on to the ogre, hold dash, and run circles around him while maintaining your distance. You want to be as far away as possible while still being close enough that he starts his attacks.

At this distance, you are far enough away to get out of any attacks, but close enough that he will still initiate attacks[/caption]

Make sure you are paying attention to the attack animations and not just blindly running in circles. Once he starts an animation, make sure you move sideways and away, to ensure that he misses either because you're too far away, or because you moved too far to one side or the other. In the image below, because I was moving both around and away from the ogre while holding the dash button, he has no chance of landing his grab attack.

Keep the ogre at the top of the stairs so you aren't in danger of falling into the nearby canyon. There's also a spear-wielding enemy just past where the ogre is; he usually doesn't aggro, but if you do struggle with him messing up your attempts at the ogre, try taking him out before the fight starts. If you end up pulling the spearman, try running down the stairs away from both enemies, which can sometimes cause the spearman to drop aggro.

One last thing to note is that sometimes the ogre wont attack for a while while you're running circles around him. When that happens, you can try reversing directions, or running completely away and then re-entering his attack range. He should start attacking again after not too long.

There's also a little trick you can use to get some free damage in before the boss fight starts: Once you've taken out the two mobs by the bottom of the stairs leading to the ogre, rush up the stairs and head behind where the ogre is tied up to get some free hits on him before he breaks free of his restraints.

For a shinobi, there is no such thing as a cheap shot[/caption]

That's all there is to it! You can see the strategy in action below:

Let us know in the comments if there's another part of Sekiro you need help with, or if you have any other questions! Good luck, and have fun.